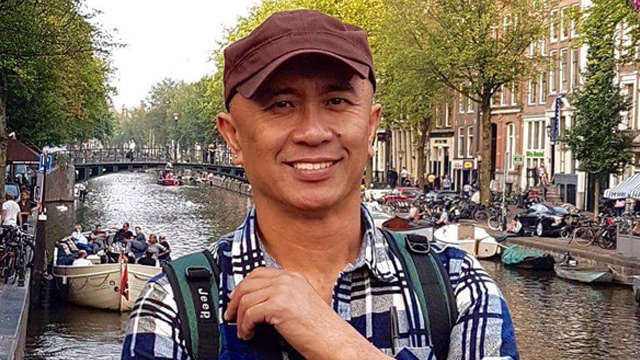 In a statement, Baldemor’s family confirmed that he died in Rome while celebrating his 50th birthday and 25th wedding anniversary. His remains were returned to the Philippines on Sunday, January 27.

Baldemor, son of artist Manuel Baldemor, held various art exhibits in Europe and won special prizes. A self-taught artist, he was one of the top 25 finalists of The Windsor & Newton 2000 Art Competition.

Between 2004 and 2007, Baldemor was also selected for The Northwest Artist Exhibition in the Iontas National Small Works Art Competitions, and The Irish Art Awards 2007 and 2008.

In 2010, he and two other Filipino artists were invited by Philippine Ambassador to Ireland Ariel Abadilla to be part of the 1st Art Exhibition in The Philippine Embassy in Dublin.

Aside from Europe and Ireland, Baldemor was able to travel to Beirut for the first Philippine Art Exhibition entitled “A Journey of Colors” in June 2014.