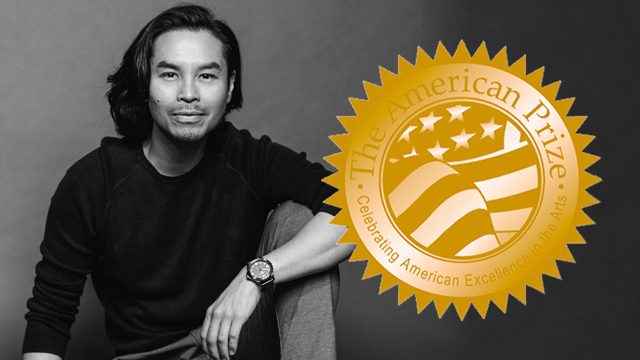 MANILA, Philippines – Nilo Alcala, a Philippine-born composer living in North Hollywood, California, has bagged the coveted American Prize in Composition 2019 in the choral division of major works, besting among other submissions across the United States.

Alcala’s winning composition is entitled Manga Pakalagian (Ceremonies), a choir and kulintang ensemble inspired by the Maguindanao people’s use of traditional music to elevate celebrations into ceremonies in the southern Philippines.

The kulintang is a traditional melodic percussion ensemble of graduated metallic gongs, which the Maguindanaons play for a specific occasion. Alcala’s composition features all 3 of these ceremonies, with the actual kulintang music as its preludes.

Alcala has performed his works in Asia, Europe, Africa, and across the US. He is the first Philippine-born composer to be commissioned by the Grammy-nominated Los Angeles Master Chorale and to receive the COPLAND HOUSE Residency Award.

Also under his wing are Alcala’s numerous awards, such as the very first Ani ng Dangal (Harvest of Honor) from the Philippine President, Musical America Worldwide’s Artist of the Month, Seattle’s POLYPHONOS Young Composer Award from The Esoterics, and Israel’s Asian Composers League Young Composer Award, to name a few.

The American Prize is a series of non-profit competitions surrounding the performing arts, recognizing the best musicians, artists, ensembles, and composers in the US based on submitted recordings. It was founded in 2009 and continues to run annually, helmed by the award-winning chief judge David Katz. – Rappler.com