Facebook Twitter Copy URL
Copied
The sprawling convention draws Hollywood A-listers like Arnold Schwarzenegger, Patrick Stewart, and the cast of 'Game of Thrones' to its frantically hyped panels, where billion-dollar franchises are launched

So when 135,000 geeks and nerds invade San Diego next week for the 50th edition of Comic-Con — the world’s largest celebration of pop culture — the event’s humble beginnings will be a hot topic of discussion.

The sprawling convention today draws Hollywood A-listers like Arnold Schwarzenegger, Patrick Stewart and the cast of Game of Thrones to its frantically hyped panels, where billion-dollar franchises are launched.

But the first iteration — the brainchild of an unemployed 36-year-old comic collector and his 5 teenage acolytes — drew just 100 people to a seedy hotel basement down the road in March 1970.

The “Golden State Comic-Con” was first designed as a way for fans to connect with each other and meet their heroes — the comic book creators — at a time when the genre was a million miles away from the mainstream.

“They were the first people who really viewed comic books as art,” added Glanzer.

Comic-Con’s subsequent growth was gradual but inexorable. It increasingly looked beyond comics and catered to film and TV, as well as other genres such as sci-fi. 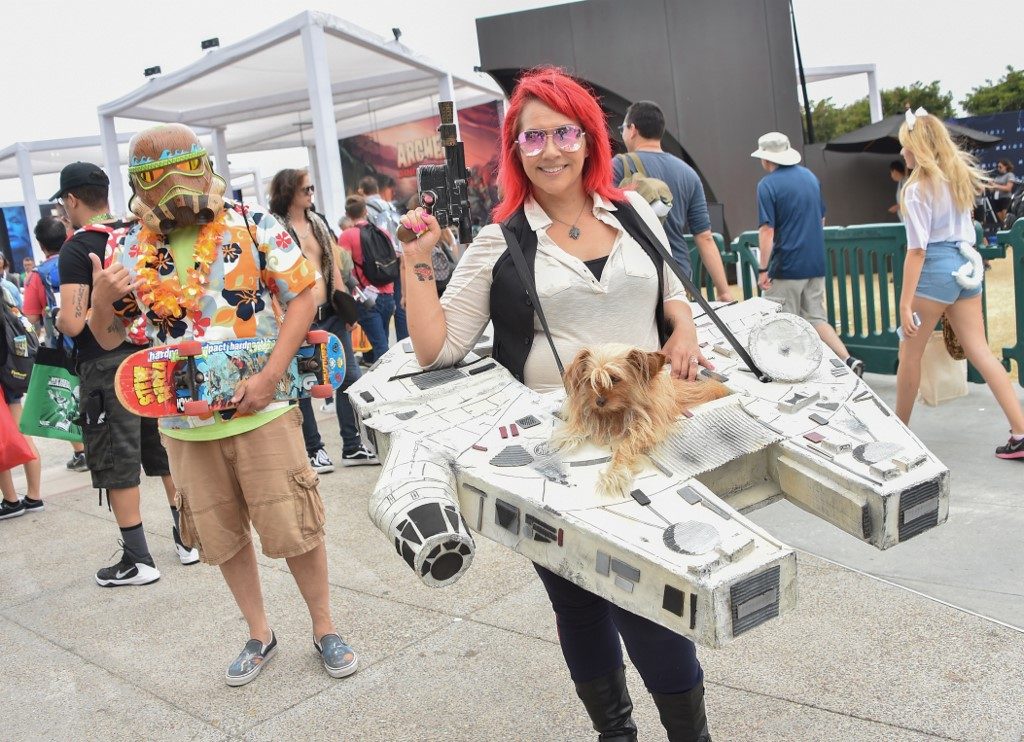 The ploy to spread word of mouth about its ambitious space opera was “viral marketing before there was viral marketing,” he added.

It evidently worked. Big-shot studio executives who had previously attended for fun on their weekends began coming for the whole week, arriving in their business suits to close major licensing deals at San Diego’s top restaurants.

By the 90s, studios and networks were sending the “talent” itself — star-studded casts and directors — forcing the traditional media to pay attention.

Francis Ford Coppola came to promote Dracula, while Quentin Tarantino went from wandering the halls as a fan to appearing front and center on stage.

“Back in the day we used to give away two or three thousand tickets on the radio because we couldn’t get people through the door,” recalled Glanzer. “Now tickets sell out within an hour.”

The recipe has been so successful that imitations and spin-offs have popped up around the world, from New York to Saudi Arabia.

This year San Diego will host a series of retrospective panels celebrating Comic-Con’s storied past.

But for some, the exponential growth has come at a cost.

What was once an intimate event now sees thousands of bleary-eyed fans — dressed in pitch-perfect monster, alien and manga costumes — lining up long before dawn to squeeze into packed events.

Comic retailers who maintained stalls at the event for decades have stopped coming, priced out by rising costs as Comic-Con has filled and spilled out from the 27-acre (11-hectare) San Diego Convention Center.

And many bemoan the fact that, in a world of Hollywood blockbusters and video games, the comic books themselves have been relegated to the back pages.

“Yeah we do get a lot of Hollywood people, but entertainment now is very different to how it was in 1970,” said Glanzer. “I think that’s just a healthy progression and acknowledgement of art in its various different forms.

“As long as we maintain our roots in comics and other art forms, I hope we’ll be okay.” — Rappler.com