Jul 16, 2019 11:05 AM PHT
Rappler.com
Facebook Twitter Copy URL
Copied
The gold and pearl-encrusted crown is being sold at an online auction by the Leòn Gallery 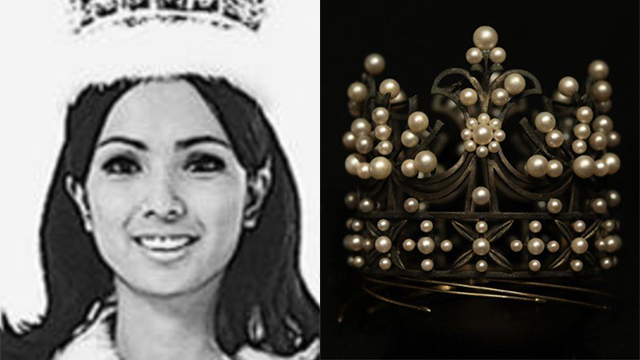 MANILA, Philippines – Aurora Pijuan is auctioning off the Mikimoto crown she won in the 1970 Miss International pageant, and is giving the proceeds to the 22 fishermen whose boat was rammed by a Chinese vessel in the West Philipine Sea on June 9.

“I’m going to give the proceeds to them in the hopes that this gift to me, really, a gift to our nation when I won the title in 1970, will have real value and significance today,” the beauty queen and activist told ABS-CBN News.

The crown is part of the Leòn Exchange Online Auction Edition 12 by the Leòn Gallery, which will be held on July 20 and 21 starting at 11 am.

“Albert del Rosario gave P500,000 and it didn’t hurt his pocket. I hope to get a similar amount, and it won’t hurt my pocket either because it was never in my pocket,” she told ABS-CBN News.

The gold and pearl-encrusted crown was handcrafted by the Tokyo-based jewelry company – the same company that made the crown worn by current Miss Universe, Catriona Gray.

Aurora said that the crown, which had previously been kept in the attic of her home, is a smaller version of the actual one that she won in Osaka, Japan in 1970 when she became the second Filipina to win the Miss International pageant. – Rappler.com