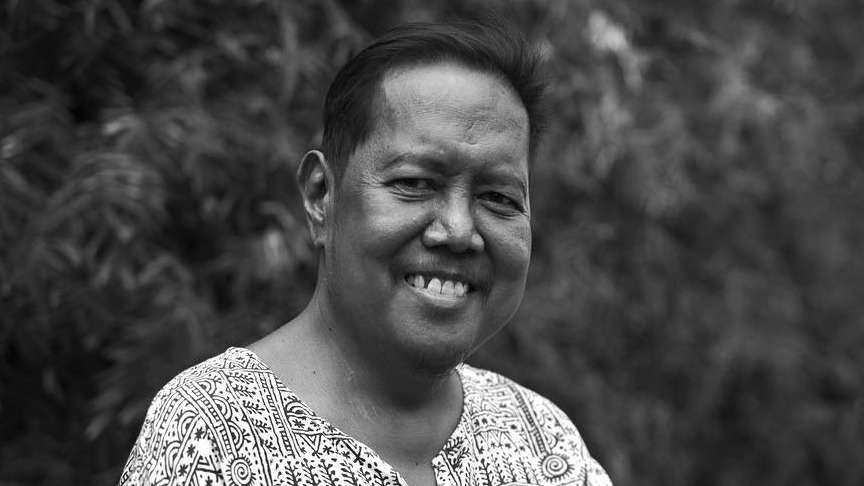 MANILA, Philippines – The late Gerry Alanguilan, hailed as one of the Philippines’ most iconic comic book legends, was known for his self-created pieces of work such as Wasted, Johnny Balbona, Crest Hut Butt Shop, Humanis Rex!, Elmer, Rodski Patotski, Don’t Be Sad, Timawa, and Where Bold Stars go to Die. These published comics ultimately launched his comic book career.

Also known as Doroteo Gerardo N. Alanguilan Jr, the Filipino comic book writer, artist and publisher born in San Pablo, Laguna was also an architect by profession. “However, I prefer to be a storyteller through the creation of comic books,” he said on his Komikero blog.

He had also adapted and illustrated short stories for classic authors, such as The Black Cat by Edgar Allan Poe, The Judge’s House by Bram Stoker, The Plague of Ghosts by Rafael Sabatini, among others.

In 2018, he was nominated for the Comic Watch Inker of the Year 2018. His comic Elmer won the Best Asian Comic Book award from France’s Prix-Asie-ACBD in 2011, and was also nominated for the Will Eisner Comic Industry award, the “Oscars” of the comic book industry.

Aside from heading Komikero Publishing, Gerry is also the founder and curator of Komikero Komiks Museum in San Pablo, Laguna, a bricks and mortar museum built in 2016. The venture stemmed from Gerry’s interest in “promoting and preserving the artwork created by the many great Filipino comics illustrators of our past.”

Gerry gained viral YouTube fame with his one-minute video entitled, Hey, Baby, in 2009, which consisted mostly of his “seductive” smiles and “creeper” facial expressions. Clips of the video were featured on US television show Comedy Central’s Tosh.0. segment in 2011 and on Russell Howard’s Good News. As of today, it has over 6.4 million views.

Gerry passed away on Saturday, December 21, at the age of 51. – Rappler.com