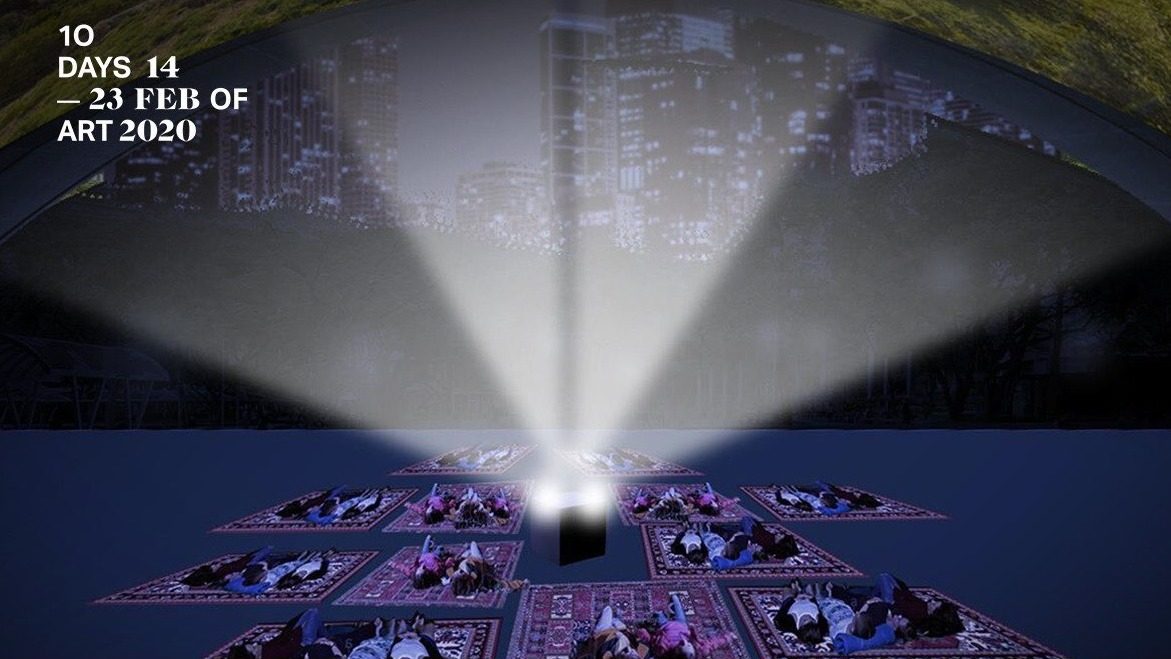 MANILA, Philippines – If you thought the Bea Alonzo-John Lloyd Cruz classic One More Chance couldn’t get more romantic, imagine viewing it while laid down on a carpet with your special someone as it’s projected onto a massive canopy above you.

That’s exactly what viewers can expect at The Unconfined Cinema, an event that celebrates the 100th year of Philippine cinema which is part of Art Fair Philippines’ 10 Days of Art.

The event presents a lineup of Filipino romantic movies, starting with One More Chance, projected onto the ceiling of the Makati Stock Exchange. The films were curated by film composer Erwin Romulo, film critic Philbert Dy, and film archivist and historian Teddy Co.

As an added treat on February 14, celebrity guests will also be present for a live script reading of another beloved hugot film, That Thing Called Tadhana.

The Unconfined Cinema will be held on February 14 and 15, from 6 pm onwards, at the fountain area of the Makati Stock Exchange along Ayala Avenue. Viewers are asked to bring their own earphones for the film viewing. – Rappler.com