The 5 unspoken rules to getting promoted Facebook Twitter Copy URL
Copied
Working hard for a promotion is a given. Getting people to promote you is a different story

We all aspire to get promoted at one point in our careers.

We want it not just because it means fatter paychecks and bigger responsibilities, but more so because it validates our worth in the company. After all, we thrive with recognition and praise.

However, how do you nail down that coveted position when you are already working your hardest? How do you make sure that this role will be given to you and not to eager-beaver Barbara?

Missing a promotion that you think you deserve is painful (and is also a typical reason for folks to leave their jobs). Remember, working your hardest to get that promotion should be easy. Getting people to promote you on the other hand is a different story.

If you are that high-flyer who thinks that his options are confined to either getting promoted or getting promoted, here are some “unspoken” tips and pointers that you may need to seal the deal:

Good talent will never be easily brushed aside no matter how bad a company is.

1. Show that you want it

My first call to order with my boss every time I land a new role or job is to vocalize my aspirations in the company: why am I here, and what’s my goal in the next 3, 5 and 10 years.

I clearly state during my first one-on-one discussion that I’m the most absorbent sponge she’ll ever use, and that’s because I’m keen to climb the corporate ladder. Indeed, the first step to getting promoted is to make your boss fully aware that you are expecting it.

Just like any marriage or business contract, the key is to be clear with what you want from the very start. When you show that you want something and work hard for it, people around you will behave with it in mind.

Of course, in a more conservative workplace setting, there are likely to be those who aren’t big fans of people who vocalize or assert what they want.

In some companies, people may find you too competitive that you start becoming a threat. There is a clear line between being “desperate to be promoted” versus “deserving to get promoted.”

In these occasions, be mindful to work even more closely with your team, because you will need them. Offer a helping hand with your counterparts when needed, and never keep information all to yourself.

You want people who will support your promotion campaign, not crabs who will give you bad feedback when HR asks.

Finally, if you’re stuck in a company that promotes people based on nepotism or favoritism, channel the Harvey Specter in you and show your boss that you’re his ally in getting the same thing he wants – to also get promoted.

Good talent will never be easily brushed aside no matter how bad a company is. People will notice what you’re up to, and if your boss realizes that he can only get the job done thanks to you, then the battle is already half won. 2. Agree on your deliverables

You’re fortunate if you work in world-class multinational companies that have advanced structures which quantify soft skills (leadership, influence) and hard skills (business acumen, achievement of sales targets). They use a point system that grades competencies from a junior to a senior role.

However, if you work for a boutique or start-up company that doesn’t have a formal employee appraisal, you will likely need to set that up yourself.

In my personal experiences, I engage my boss (“ I see myself growing in this company and I’d like to know what will it take to get to a senior role”) and agree on a contract (“If I excel in #1, #2, and #3 deliverables, then I can be considered for promotion”). At work, it’s okay to say no to your boss

The 4 things you should stop doing at work

But don’t just stop with a one-time, big-time discussion. Catch up with your manager ideally every 3 months to check your progress (are you meeting his expectations? What do your other colleagues think about your work output)?

Always keep score because it’s better to know early what needs to get fixed before it’s too late.

3. Don’t just be good today; show that you can be good tomorrow

The “Peter Principle” is a management theory named after Laurence Peter, which claims that a performing employee will keep on getting promoted up to the point that he becomes incompetent in the new position.

For example, let’s take Matthew, a hardworking designer dubbed as the most creative in the company and is beloved by clients. The company promotes Matthew as a team manager but realizes months later that he is failing in his role. Matthew is a design deity, but he lacked leadership and business acumen which are required of managers, and not necessarily of designers.

Managers today are aware of the Peter Principle, and their goal is to stop that from happening. They promote staff not just because they are brilliant at their current job, but because they are ready for a bigger role.

Promotable employees initiate tasks beyond what is needed, and with minimal supervision. They start showing signs that they can strategize, and not just execute. They start exhibiting behaviors of a leader, and not just of a doer.

In every bit of their action, they start wearing a corporate hat and think about the company’s welfare, and not just their own careers. When vying for a promotion, your message should be clear: I am ready for the unknown.

Representatives from HR department will also be there on the day of deliberations (and yes, you should know by now that most companies have promotion boards in which department heads or managers deliberate and loosely vote). These things matter because promotion boards decide largely on anecdotes – events and experiences that you have pulled off in the past that indicate your readiness to kick ass in the new position.

When aiming for the prize, make sure your visibility and presence are felt in the organization consistently. Consider these VIPs as your “sponsors” and you’re Katniss or Peeta in The Hunger Games.

You don’t need to spread your peacock feathers to get yourself known, but taking a proactive role to engage them when the moment is apt – those short elevator moments, those opportunities to reply to an e-mail, and those moments of contributing meaningful ideas during a meeting – will helpfully remind them why you’re worth it.

I personally believe that there are two reasons why an employee fails to get promoted even when the time is due: his manager failed to develop him, or he was wrongly hired. The first case happens more often than not.

Here’s the gist: your boss should know if you’re ripe for promotion, but that doesn’t mean he’s just going to sit around and watch you grow. Ultimately, he is responsible for your learning and development.

Just like Hollywood, your boss is a talent manager and you are his star. You are Luke Skywalker and he is Obi-Wan Kenobi. He should be able to identify your strengths and weaknesses. He should be exposing you to projects that will stretch your abilities so that you are ready for a bigger role (and so that you don’t become a victim of the “Peter Principle”).

He should be increasing your visibility in the company (did you help him make some slides for a presentation? He should be tasking you to present a couple of those so that his boss will finally get a taste of your brilliance).

The next time you have a one-on-one discussion with your boss, ask him about his development plan and his time frame. It’s an altogether different story (and different article) if he doesn’t.

At the end of the day

Never feel ashamed of talking about promotion because it is your right and responsibility to manage your career. Bosses love this because it means you’re out for the kill.

Remember, you’re not asking a favor from your company to get you promoted.

You are simply reminding the responsible parties that you deserve career development. You deserve the credit for what it’s worth. And when you do get promoted, don’t forget to pass it on to the one next in line. – Rappler.com 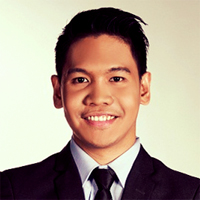