Fresh grads: Do employers care about where you went to college? 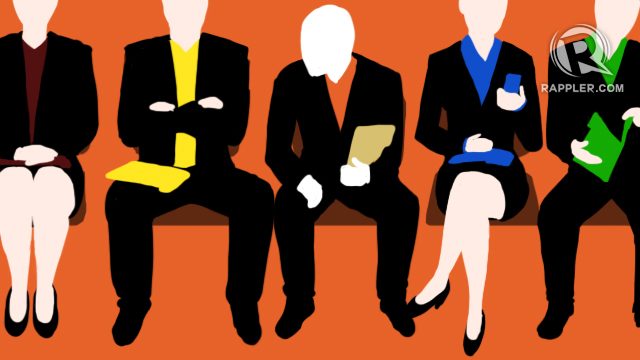 Facebook Twitter Copy URL
Copied
Does the school you come from still matter? Yes – to an extent

551 companies were surveyed in February 2016 over a period of two weeks.

According to the report, 62.27% of employers surveyed “gave importance to a fresh graduate’s alma mater.”  (READ: I’m not from a top school – so what?)

Jobstreet presented the rankings of the schools, according to the percentage of employers who reported preferring that particular school:

The survey by the jobs site lists Polytechnic University of the Philippines (PUP) as topping the list this year, climbing up to the #1 spot from #5 last year.

Schools like UP, DLSU, and Mapua Institute of Technology experienced drops in their rankings, while others like UST and AdMU retained their spots.

Meanwhile, schools such as PML, FEU, UE, and TIP all enjoyed an improvement in their rankings.

Despite the figures, Jobstreet insists that 9 out of 10 employers still hire outside of their preferred university pools.

A follow-up survey by Jobstreet probed why employers are noticing PUP grads.

Companies observed that their fresh grad hires from the school have a drive to succeed and are hardworking, have reasonable demands and don’t have an attitude of self-entitlement, and tend to stay longer at the company.

These traits are the opposite of what companies say they don’t like in fresh grad hires: poor communication skills, being overly conscious of salary, a lack of initiative, not being adaptable, and overconfidence.

Around 450 respondents were surveyed in a study that ran for two weeks in 2015. This was the order of schools presented by Jobstreet back then:

At the time, Ateneo climbed up from its 2014 rank of #4 to share the #3 spot with De La Salle, while Pamantasan ng Lungsod ng Maynila and Adamson University both climbed up to share the #8 spot.

Still, companies remain open to hiring graduates not from these colleges as long as “the candidate is trainable/willing to be trained,” and “the candidate fulfills requirements needed for the job.”

To land that job, focus not only on pushing the school you came from, but the skills and qualifications required by the company you’re looking to join. The report also says that employers also value experience in the form of previous internships, which will help you gain work experience and confidence as you move forward with your job hunt.

Discussion on hiring from certain colleges

Whether or not the Jobstreet survey results hold true, they’ve started a conversation about hiring fresh grads from the top schools and whether it should be done. In the comments section of this article, there was a discussion about Jobstreet’s 2015 results among recruiters and professionals from other lines of work, who shared their own experiences and observations.

Reader deanrporio said that after working as a senior manager in both corporate and manufacturing, he observed that many of the hires in multinational companies come from UP, ADMU, and DLSU.

He explained that those hires boiled down to the Human Resources department (HR) having to be efficient, and maintaning competitiveness among employees.

“HRD had to be efficient, and to be efficient, it had to limit or short-list its choices to those who most often passed the screening exams and interviews. Experience showed the graduates of UP, ADMU, and DLSU have very good general education, communication skills, human relations skills, and leadership skills. On top of these, these graduates are critical thinkers and very vocal and articulate about their thoughts and ideas,” he said.

Still, others insist that it shouldn’t matter which school you come from, as long as your skills are right for the job.

Reijiro Sato said that as a recruiter, he is interested in applicants from the top schools, but they still have to go through all requirements for recruitment to see if they’re fit for the job. “I care where you came from. But not to the point of hiring that person despite all the wrong signs I see. And to the commenters who say most (applicants) use influence, or sheer association, that’s true. But my opinion is that people use what’s available to [them]. Whether that person chooses to use that or does it like everyone else is a question and ethics, in my honest opinion.”

CSeamusH, who identifies himself as a recruiter, said that companies should stop hiring people based on the school they graduated from: “We have experienced a lot (and I mean a lot, not just a few) graduates of Ateneo/DLSU/UA&P who flunk actual work ethics and work attitude. Most use the influence of a parent, tito, ninong, etc, and name drop with hope that sheer association can land them the job. They feel that their school is leverage, but most of the time, those from unknown schools and colleges tend to perform better and excel not only in technical skills but also soft skills like people relations, stress management, time management, and general attitude.”

He added that graduates from schools not in the top 10 do better because they’re trying to prove that which school you come from doesn’t matter.

A commenter, Hazel, said that as a recruiter, she’s found that emotional intelligence is more important than school. Another reader, Rey de Guzman agreed with her, saying in the US, attitude matters more than where you graduated from, because the hospital where he works uses a contract-to-hire method.

In contract-to-hire, a contractor works for an employer for a set amount of time, and if he or she does the job well by the end of the contract, the employer can choose to hire them permanently.

What do you think of hiring fresh graduates from certain schools? Let us know in the comments! – Rappler.com