Guido Sarreal: All for Culion 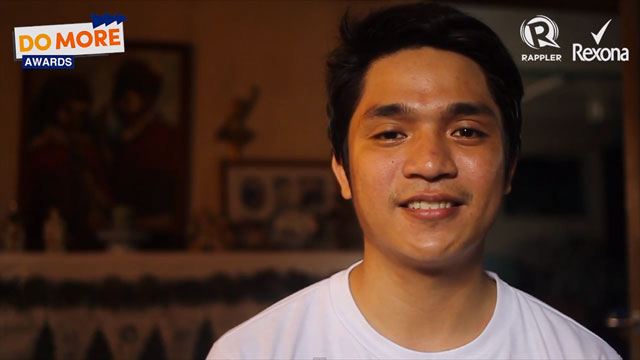 When people are asked what they know about Culion, Palawan, there are usually two answers: either that Culion used to be a leper colony or they know nothing about it.

The island was once, in fact, the world’s largest leper colony, established in 1901 under American rule. It was called the “land of the living dead” and the “land of no return.” Despite the World Health Organization’s declaration of Culion as leprosy-free in 2006, the stigma remains.

But Social Entrepreneur Joseph Gideon ‘Guido’ Sarreal wants to take away the stigma and recast the image of Culion as a tourist destination.

Watch a profile video of Guido and the other finalists of the Social Entrepreneur category below.

Guido is the co-owner of Kawil Tours, a Culion-based tour group that empowers the local communities of the island. They work hand in hand with the islanders to boost the local economy. The locals serve as tour guides while Guido and his partners handle advertisements and provide initial funding.

Kawil in Tagalog means “to connect,” an apt term for what the company is trying to do for the island, according to Guido.

“We stayed there, became friends with the community, and heard the stories, the tragedies, the pain. But (we also saw) so much of hope and resilience. In a way we use tourism as a medium to reconnect the island to the rest of the world,” he adds.

Guido says the communities are very accommodating to visitors, adding to the island’s natural beauty.

“Every time a visitor comes to the island, they (people) are very, very happy. They are very touched because there’s a new face and that someone was brave enough to go into the community and get to know them. So, the people there are very warm and very friendly,” he adds.

Guido doesn’t only aim to empower the communities of Culion, he also wants to preserve the island’s environment. He describes their business as a form of eco-social tourism.

“Ecotourism has to have the intent of conserving or preserving the environment. You have to be aware that your activities will impact the environment. That’s why it’s important for you to be conscious about what you do,” he says.

He says Kawil tours is very nature-focused. “Our objective is that every time we go into an area, we try to leave it the same way we entered. So, there’s a consciousness to take care, to preserve, and to share the environment,” Guido says.

Only a year old, Kawil Tours is getting a lot of notice. It raised P360,000 through crowd-funding to get its operations going. It is a finalists for this year’s Ten Outstanding Youth Organizations.

“More than just getting in economic benefits or livelihood, we want the once forgotten island to be recognized again,” Guido says.

Guido believes doing more should be based on service.

“To do more is to do more activities that give face to the people you serve and has the intent for positive social impact,” he says.