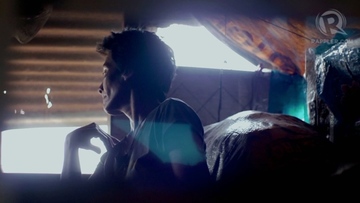 Meal of the day: 'Pagpag'

What is hunger and how is it measured?

MANILA, Philippines - The world is producing enough food to feed everyone, but millions of people are still hungry and malnourished. As of 2011-2013, an estimated 842 million people all over the world are still suffering from chronic hunger and malnutrition.

Hunger is more than just what is felt after skipping a meal, or the pang that arises after a tiring day. It is a critical problem faced by poor communities all over the world. It is what happens when one does not have enough to eat in a day, when a family is deprived access to nutritious food, and when a child does not receive the right amount of nutrition to grow and to keep healthy.

Hunger is inextricably linked to malnutrition and food security.

A person suffering from chronic hunger is more likely to be malnourished, lacking the necessary daily amount of calories and nutrients to sustain a healthy life. Lack of proper nourishment keeps people unproductive, lowers their resistance and puts their lives at risk to diseases, illness — and even death. People exposed to food insecurity or lack of access to sufficient amounts of nutritious food are even more vulnerable to hunger and malnutrition.

What does ‘hunger’ really mean?

Hunger has been defined in many ways. Dictionary meanings include “a very great need for food” or “a feeling of discomfort or weakness caused by lack of food, coupled with the desire to eat.”

Definitions have also been expanded to include specific facets of hunger. For instance, the Global Hunger Index (GHI) report for 2012 says that hunger is often understood as the “discomfort associated with lack of food,” but constructs the definition based on 3 components: undernourishment, underweight children and child mortality. (READ: 2013 Global Hunger Index)

Other ways of describing hunger have been suggested by international agencies and organizations. According to the World Food Programme (WFP), hunger is “the body’s way of signaling that it is running short of food and needs to eat something. Hunger can lead to malnutrition.”

The United Nations Food and Agricultural Organization (FAO) meanwhile measures hunger by “the number of people who do not consume the minimum daily energy requirement, which is the amount of calories needed for light activity and a minimum acceptable weight for attained height.”

How do you measure hunger?

With hunger already being a complex, multi-dimensional term to define, measuring hunger proves to be just as challenging. Different international organizations and national agencies use variable methods to transform the concept of hunger into quantitative data.

For global measurements on hunger the FAO and GHI combine a variety of country-specific, hunger-related statistics related to hunger to come up with national and regional estimates.

The FAO annual report on the State of Food Insecurity in the World uses the prevalence of undernourishment (PoU) indicator as their main tool of measurement. The PoU estimates the probability of selecting a random member of the population who is consuming less than the required amount of food necessary to live an active and healthy lifestyle (dietary intake vs dietary energy requirements). This probability is then multiplied by the population size to determine the number of undernourished persons.

The GHI, calculated by the International Food Policy Research Institute (IFPRI), uses a combination of 3 equally weighted hunger indicators added together and divided by 3 to produce a score of 0 to 100 (by zero, meaning no incidents of hunger actually persist).

These indicators – undernourishment, child underweight, and child mortality – are based on the IFPRI’s own estimates in combination with the data from the FAO, World Health Organization (WHO), and the United Nation’s Children’s Funds (UNICEF).

In the Philippines, hunger is mostly measured using data by the government and private sector.

For the government, the Food and Nutrition Research Institute (FNRI) conducts a food consumption survey and food insecurity survey; the National Statistics Office (NSO) surveys family income and expenditures; the Bureau of Agricultural Statistics (BAS) conducts food consumption surveys and hunger incidents in the Phlippines; the National Statistical Coordination Board (NSCB) produces official poverty statistics and a hunger index with the FAO; and Local Government Units (LGUs) together with the National Nutrition Council track malnourished children through Operation Timbang.

In the private sector, the Social Weather Station (SWS) conducts surveys at the household level and defines hunger as “experienced due to the lack of anything else to eat.” Face-to-face interviews with 1,200 adults in Metro Manila, and in Luzon, Visayas, and Mindanao are conducted, and the results are weighted with the NSO population projections of the year to gauge national estimates.

With varied ways of calculating the persistence of hunger, it is important to note that the data available does not present a real time picture of those affected by hunger. According to the GHI 2013 report, it presents a snapshot of the recent past from which the data was collected. Furthermore, studies that present global data are dependent on the whether or not national agencies provide the necessary data and in a timely manner.

What do you think?

In raising awareness about hunger in the Philippines and in the world, we also want to know how the word is understood through the eyes of different people.

One of the aims of this project is to raise awareness and encourage dialogue concerning the different facets of hunger as experienced and witnessed by different members and sectors of society.

To keep the conversation going, tell us what you think. What does hunger mean for you? – Rappler.com