Putting humans at the center of the climate conversation Facebook Twitter Copy URL
Copied
'The impacts of climate change are more than just numbers. The 6,000 people who died in Haiyan were 6,000 hopes and dreams, and 6,000 futures cut short'

When we talk about climate change, we talk about the science, the economy, the financing. The last 20 years of the United Nations Framework Convention on Climate Change (UNFCCC) negotiations has always been about the numbers, the statistics, and the data. How much carbon emissions should we mitigate? How much resources do we need to adapt? How much will this cost our gross domestic product (GDP)?

Have we become to obssessed with numbers that we have forgotten what it has always been about — the people?

Climate change is more than an economic and an environmental problem. At the heart of climate change is its impact on people. Small island-nations like Tuvalu, Kiribati, and the Marshall Islands are slowly disappearing. These are the lands their people lived in for thousands of years, that have defined who they are, that they have written songs and stories about. Who will these people be without their land? Where will they go?

We do not even need to go far to hear these stories. Here at home, many Filipinos have lost their lives because of extreme weather events. We have lost more than 6,000 in Haiyan alone. Farmers have been losing crops because of drought. Fisherfolks have had less fish catch due to warming waters. We also have sinking coastal islands in Surigao del Sur, Surigao del Norte, and Agusan del Norte with some residents already being forced to relocate. (READ: 72% of Filipinos ‘very concerned’ about climate change – survey)

According to the United Nations Human Rights Council in a UN Resolution last 2008, climate change “poses an immediate and far-reaching threat to people and communities around the world and has implications for the full enjoyment of human rights.” In addition, another study made by the Office of the High Commissioner for Human Rights (OHCHR) in January 2009 said that global warming “will potentially have implications for the full range of human rights.”

The Philippines has become a strong supporter to include human rights in the climate agreement. Tony La Vina, negotiator from the Philippines, said, “Climate change is an issue of communities, peoples, individuals. It is about people experiencing this issue, not in 20 years, but now.” (READ: How the Paris climate deal can save lives)

During the Bonn Ad Hoc Working group on the Durban Platform (ADP) negotiations last August 21 to September 4, there were more support in the inclusion of human rights in the agreement, one of the few positive developments in the negotiations. Bangladesh, Cote d’ivoire, and Norway were 3 countries who made the support.

On the other hand, the most controversial contention came from Saudi Arabia, who were more concerned about whether human rights meant lesbian, gays, bisexual, transgender (LGBT) rights and suggested deleting it from the agreement.

However, the Philippines remains positive. “With more countries supporting us, there is a strong chance that human rights will be included in the agreement,” La Vina said. (READ: The last 10 days: Setting a clear direction for the Paris climate talks) 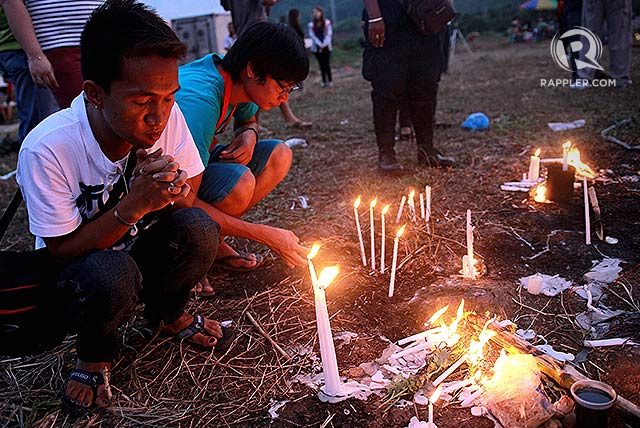 Human rights and climate change have not always been linked together. However, as more and more people are affected, the more we realize that climate change does have a direct link with human rights. Our most basic right, the right to life, is always at risk because of these impacts. Developing countries know this as they live with these realities everyday. The question is, who is to be held responsible for these human rights violations? And how can they be held responsible? (READ: Disasters, climate change and leadership, Greenpeace head: Southeast Asia needs more climate leadership)

In June of this year, a historical decision was made by The Hague in favor of their citizens. Some 886 Dutch citizens decided to sue their government’s inaction over climate change. The court sided with the citizens, ordering the Dutch government to cut its emissions by 25%, in what people call a “landmark ruling.”

“You cannot ruin your world and accept that this climate change will have human rights infringement effects all over the world and then decide that there’s no role for the law to play,” Dutch lawyer Roger Cox told Pacific Standard.

At the end of the day, the impacts of climate change are more than just numbers. The 6,000 people who died in Haiyan were 6,000 hopes and dreams, and 6,000 futures cut short. In the two decades of the climate negotiations, many human rights have been violated.

Are we ready to put humans at the center of the climate conversation? Or will we let developed countries just reduce them into numbers? – Rappler.com

Renee Juliene Karunungan, 25, is the Advocacy Director of Dakila. Dakila has been campaigning for climate justice since 2009. She is also a climate tracker for Adopt A Negotiator.