72 families in Isabela town evacuated ahead of Typhoon Lando 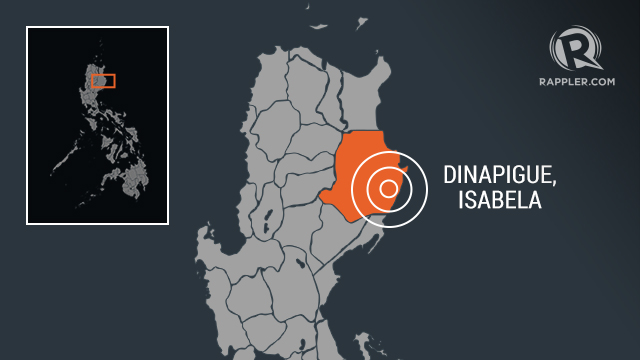 MANILA, Philippines – At least 72 families or 219 individuals were evacuated in Dinapigue, Isabela, on Friday night, October 16, ahead of Typhoon Lando (international codename Koppu), which is expected to make landfall over the Aurora area on early morning Sunday, October 18.

(They are being assisted by the provincial government, the municipal government, and the DSWD. They are staying in a safe place to keep them from danger.)

As of 10 am Saturday, Lando slightly intensified and slowed down, with maximum sustained winds of 160 km/h and gustiness of up to 195 km/h. It is expected to linger or become semi-stationary for 24 hours once it hits the area of Baler.

This means Northern Luzon should brace for heavy to intense rains until it exits the landmass through Ilocos Norte on Tuesday, October 20.

Another typhoon is also affecting the movement of Lando. State weather bureau PAGASA likened the interaction of Typhoon Champi and Typhoon Lando to that of Typhoon Ondoy and Typhoon Pepeng in 2009.

(Lando is not an ordinary typhoon that will be gone in one day. Based on forecasts, it will stay longer, possibly until Tuesday.)

(It’s a blessing that our dams that need water hopefully will be filled up so we can ease the effects of El Niño.)

PAGASA said the strong El Niño affecting the country “may further strengthen and is likely to persist until the second quarter of 2016.” – Rappler.com