Bike Scouts: An eyewitness account of Mindoro after #NonaPH

Dec 21, 2015 10:27 PM PHT
Myles Delfin
Facebook Twitter Copy URL
Copied
Providing an alternative means of communication for survivors is just one of the reasons they ride I’ve been riding bikes for as long as I can remember.

I got my first bike when I was 3 years old, and I’ve never stopped riding since. For me, cycling is a natural way of going places, whether it’s to the corner store or across the country.

On a deeper level, I love the way that cycling allows me to run away from all the noise of everyday living, and I don’t even have to go far. All it takes is a short ride on my bike and I get a fresh perspective of life and the world. It’s like a physical way to cleanse the mind.

We chose to deploy to Mindoro because we received a request from Teetalk.PH, a social good company that produces shirts to raise funds for worthwhile projects. They asked us to check on the situation in Pinamalayan and other places because of the lack of reliable information coming from the affected areas.

In addition, we just completed a 1,000-km bike ride that took us from Manila to Tacloban and Ormoc to promote disaster preparedness, and saw the volume of help that would be required in places like Northern Samar in the aftermath of a typhoon.

We took the RORO (roll-on, roll-off ferry) from Batangas to Calapan, and then we rode our bicycles loaded with a small quantity of equipment and relief supplies (basic medicine, vitamins, and food) to Pinamalayan, Oriental Mindoro, where we checked the surrounding areas. On the ride back, we surveyed additional places in Socorro and Victoria. The first thing I noticed were the bent and twisted corrugated sheets that littered the rice fields just outside the city of Calapan. The damage to buildings was extensive. There were a great number of large trees that were uprooted and electrical posts that fell. Electrical cables were all over the highway, and personnel from a task force sent by Meralco were busy working on clearing and repair. Despite the damage and lack of electricity and mobile service, people seemed to be going about their lives normally, except that some were also walking up and down the road, picking up pieces of what used to be part of their homes.

The scene I saw along the highway and in the towns of Mindoro reminded me of a milder version of the scenes in Tacloban during the Yolanda response, and the general absence of the morbid aspects of the aftermath of Typhoon Yolanda. It was very dark outside Calapan, even though some stores and houses along the highway had generators to provide some light.

It was raining on and off during our stay in Mindoro and it was cold. We decided to ride directly to Pinamalayan, and make our way back to Calapan. We tried to get in touch with the local disaster response council through social media and mobile, but they were probably swamped with other more important matters and were not able to communicate. 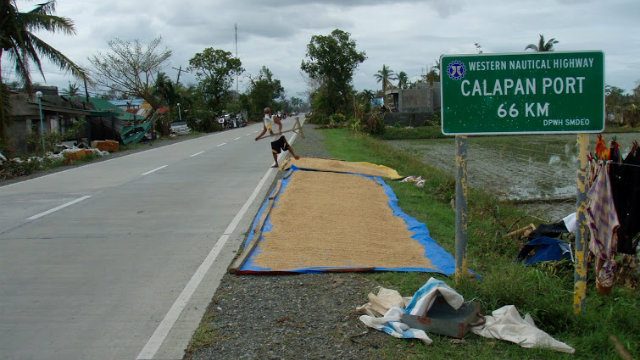 We heard that Baco was devastated by a flashflood that destroyed the houses in the community. We were supposed to head there as well, but the lack of coordination with the local disaster council prevented us from proceeding due to security concerns, since the area of Baco is known to have some insurgent activity.

We met with one of the partners of Teetalk.PH who was also surveying the damage in her hometown in Victoria. She was supposed to help us coordinate with a councilor of Victoria, but the lack of mobile service prevented us from getting in touch with the local officials, who were also out providing assistance to the communities of Victoria. There was a lot of damage to houses all over the affected areas, most of whom are the segment of the population who live in nipa huts or houses built with light materials. One of the biggest impacts on the affected areas is probably the destruction of most of the fruit trees, especially the bananas and citrus plants that were completely cleared by the wind from the storm. In the long term, the local farmers and growers will definitely need assistance in starting over. 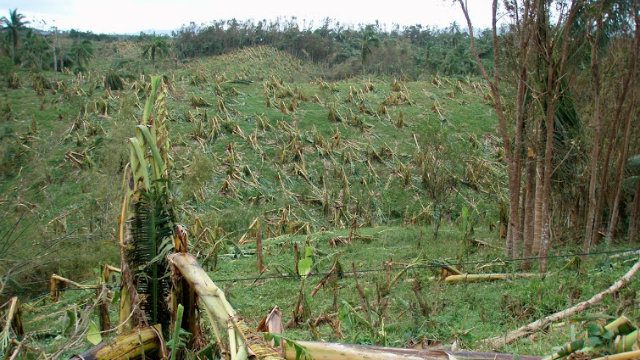 Most of the people we met told us the same story – of how the storm started in the morning and reached its strongest state around lunchtime. Most of them also said that they were thankful that the storm arrived during the day, because it would have been much worse for them and their communities if the storm occurred at night.

Most of the people I spoke with also didn’t seem to have been evacuated, except for those who had no choice at the height of the storm. The information we got was that most of the casualties were from being hit by debris picked up by the strong winds after they tried to go back to their homes to get dry clothes and food. An important thing that should be part of the conversations about this typhoon is the need for equal care and concern to be given to the Mangyans. I met many of them walking along the highway and the towns’ streets. (READ: Indigenous peoples to world leaders: We carry burden of climate change)

Though people said that they usually come down from the mountains during Christmas time to ask for handouts, some of the Mangyans I spoke to also said that their houses were destroyed along with their crops and are looking for food to eat in the towns and villages.

Communities at the center

The solutions to problems are in the hands of communities themselves. Doing small things (but a lot of it), learning how to do what we can with what we have, and starting with the simple act of reaching out to others, in my view, is where we can start to build back better.

Here’s how you can help: #ReliefPH: Help typhoon victims – Rappler.com

Myles Delfin is the Founder of Bike Scouts Philippines.