Apr 16, 2016 10:48 PM PHT
Timothy Justin Emata
Facebook Twitter Copy URL
Copied
The Philippine Red Cross recounts what it has done over the years and strives to further live up to its vision of providing service to humanity 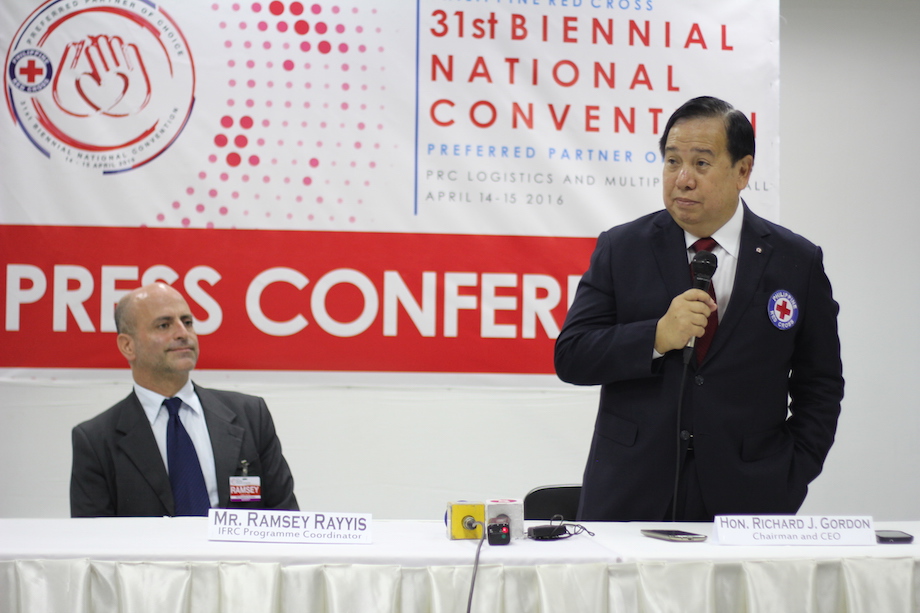 MANILA, Philippines – The Philippine Red Cross (PRC) celebrated its 69th anniversary, recalling its decades of service in times of disasters.

PRC Chairman Richard Gordon, along with the board of governors, congratulated volunteers on Friday, April 15.

The PRC hailed achievements over the years, which included building at least 139,000 homes nationwide.

Ramsey Rayyis, Programme Coordinator of the International Federation of Red Cross and Red Crescent Societies (IFRC) praised the PRC, saying, “it is the most amazing Red Cross organization I have ever worked with.”

He said he has personally seen how the volunteers and members of the organization worked in accordance with IFRC’s vision and their commitment to their work.

Rayyis congratulated the PRC for its relief operation during Yolanda in 2013, saying it was “one of the most remarkable and successful relief and recovery operations not just in Asia-Pacific but as we’ve seen globally.” 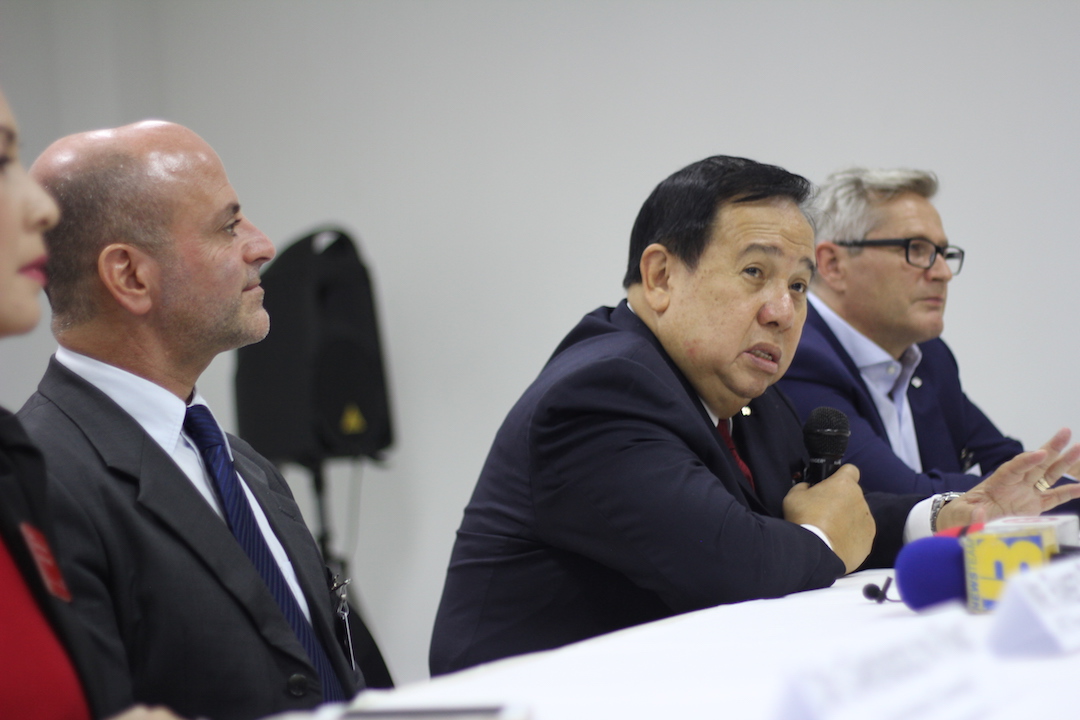 But as the world changes and new threats emerge, how will the PRC evolve with it?

“We have people in front of the hospitals, volunteers in front of funeral parlors so we can immediately know the extent of the casualties, and our ambulances are ready,” answered Gordon. (READ: Humanitarian work ‘riskier, more dynamic’ – ICRC head)

When asked about the preparedness of the PRC in these kinds of situations, he said, “In a disaster, no matter how prepared you are, this is where the leadership comes in.”

On the recent Kidapawan incident in North Cotabato and the danger posed by El Niño, Gordon said he has provided medical assistance to the hungry and injured.

He added that he intends to send out ripples so people will receive messages of hope. He said he wants to include everyone in the process of serving and teaching disaster preparedness. (WATCH: #FirstAidPH app: Life-saving tips at your fingertips)

The PRC’s new mobile application, First Aid PH, was launched to bring important first aid information to individuals. The app, which can run without an Internet connection once downloaded, gives step-by-step instructions and a direct connection to the 143 emergency hotline.

In its 69 years, the PRC has seen and responded to a lot of disasters, so will the shift to developing more responders mean more success for another 69 years? – Rappler.com