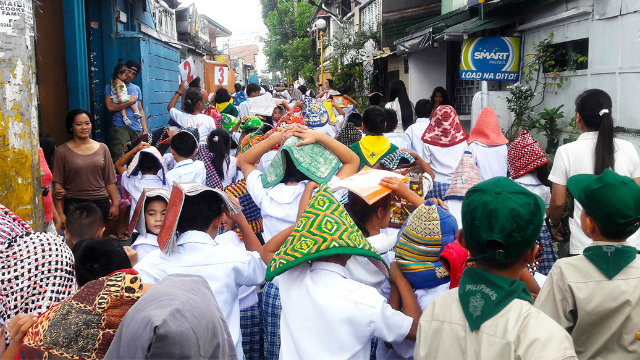 PARAÑAQUE CITY, Philippines – Moments after the siren of Barangay Don Galo’s fire truck blared, students from the local elementary school and national high school swarmed outside Quirino Avenue with their hands on their heads.

This evacuation was the schools’ participation in this year’s Metro Manila Shake Drill on Wednesday, June 22. The drill – designed to increase public awareness and preparedness for a major earthquake that could strike anytime – had participants from cities all over Metro Manila.

In Parañaque, several simulations of evacuation, rescue, and first-aid were carried out in places like Baclaran Church, public and private schools. 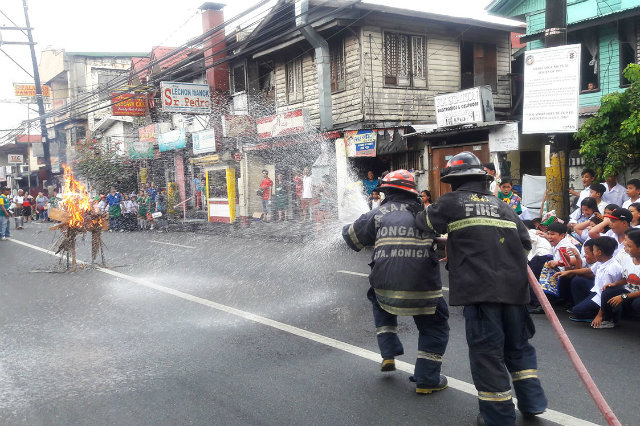 Even small communities like Don Galo participated in the event. Volunteer firemen of Don Galo Volunteer Fire Department (DGVFD) simulated fire extinguishing and performed first aid to a victim-actor in front of the students.

The department’s deputy head Rob Vallejo said the Metro Manila Shake Drill is a great opportunity to raise students’ awareness for them not to be shocked in case an earthquake actually hits their area. (READ: Here’s a challenge: Take disaster preparedness seriously)

Vallejo said that their designated evacuation area is in Villamor Air Base, but since the location is too far, the local government of Don Galo instructed the fire department to stage scenarios in front of schools to educate the students.

“It is important for the students to witness such scenarios to lessen their shock. They will know that such incidents can possibly happen,” Vallejo said.

He added that “these images (the students) saw will be instilled in their minds.”

“When the calamity actually strikes, they will not be like rats released from their cage, not knowing where to go and are shocked with what they will be seeing,” Vallejo said. 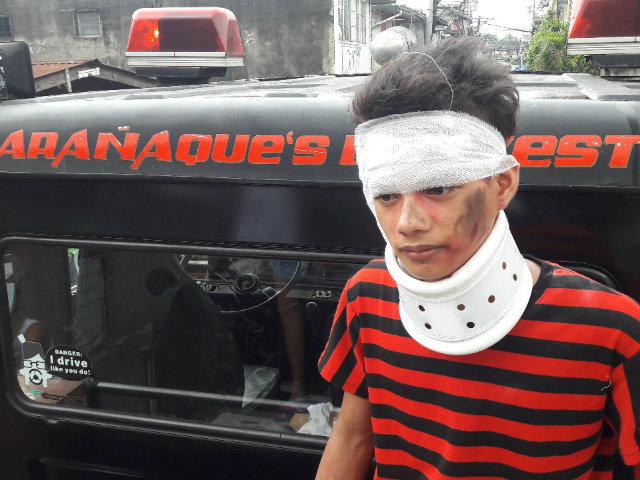 DGVFD’s youngest volunteer, 16-year-old Melvincy Cruz, acted as the victim during the drill. Right after the event, he quickly showered, trying to catch up on his class in Don Galo National High School.

Cruz said he is glad that his performance benefited students’ awareness.

“Ang sarap sa pakiramdam na ‘yung ginagawa mo may naitutulong sa madami,” he said. (It feels great that what we’re doing is beneficial to many.)

As he plans to work in the fire department in the future, Cruz hopes to serve the people in Don Galo if ever an earthquake or tsunami strikes.

The second Metro Manila Shake Drill, the biggest earthquake drill conducted across the capital, topped Twitter’s trending topics in the Philippines. The drill broke its 2015 record by about 1.4 billion impressions on Twitter. – Rappler.com

Rendell Sanchez is a Rappler intern.