In a time of trolls, PH journalists urged to ‘come together’ 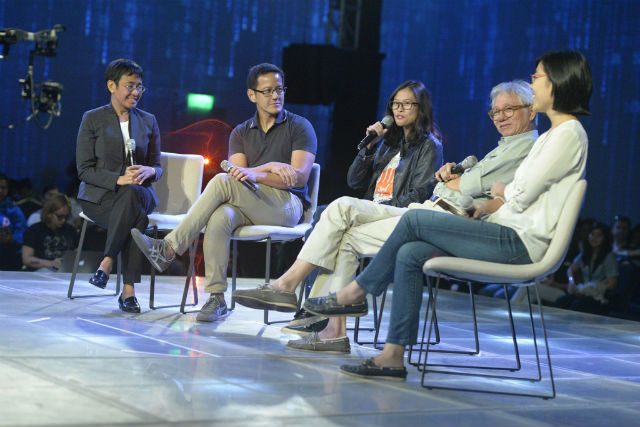 Facebook Twitter Copy URL
Copied
'How can you be objective in a world where being objective means you are hated for your job?' asks Rappler reporter Pia Ranada during the #2030 Social Good Summit

MANILA, Philippines – Support for President Rodrigo Duterte continues to be strong, with his followers readily lashing out online at people who would criticize the President.

According to the Technology and Public Debate panelists at the #2030 Social Good Summit on Saturday, September 24, this is even harder for journalists who cover Duterte.

The President himself has since called on his supports to stop threatening journalists.

For Vergel O. Santos of the Center for Media Freedom and Responsibility, the media should treat the situation as both a “professional” and “moral” problem.

“This is something else. And this is what by I mean by trying somehow to put some sense, some reason, some norms of proper behavior in the use of technology,” he added.

During the panel, Rappler reporter Pia Ranada also recounted the time that Duterte supporters threatened her online for asking the President about his whistling at another reporter in June. (READ: Catcalling: Duterte broke the law in own city)

“After that, people were really harassing me online for what I did. They were saying how I disrespectful I was to the president-elect. Saying how biased I was and I should be more respectful when I asked the incoming president… It was also disconcerting because they would go into my Facebook account and [send a] direct message, a lot of threats. I would get rape threats, death threats,” said Ranada.

She called the experience “emotionally distressing.”

“How do you keep writing about Duterte when everything you write, people send you hate messages for it? How can you be objective in a world where being objective means you are hated for your job? I think that’s the biggest challenge right now for journalists,” added Ranada.

For her, the challenge now for both journalists and netizens is to work together to let the truth prevail despite the onslaught of hate messages from internet trolls.

“I think the challenge now is for journalists is to prove that despite the fact that what we say may not please you, it’s something you need to listen to. There’s still value in the truth. And there’s still value in being objective,” said Ranada, earning her applause from the audience. – Rappler.com