Nov 14, 2016 8:01 PM PHT
Renee Juliene Karunungan
Facebook Twitter Copy URL
Copied
Environmental lawyer Antonio La Vina says that in order to tackle energy problems in the country, there is a need to reduce over dependence on one energy source like coal 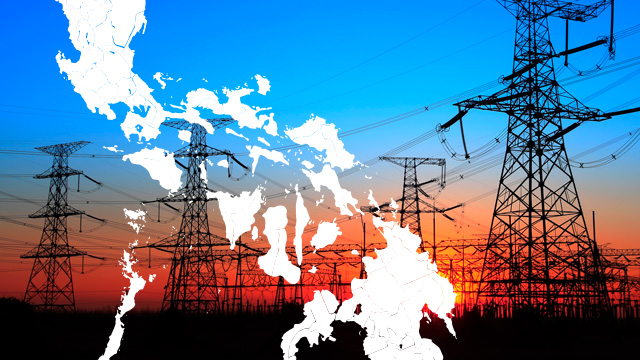 MARRAKECH, Morocco – The first week of the 22nd Conference of Parties (COP) of the United Nations Framework Convention on Climate Change (UNFCCC) opened with reminders for attending governments on the urgency of climate action. COP 22, dubbed as the “action COP,” seeks to iron out details of the Paris Agreement, the climate treaty signed by 196 countries in December 2015 which was hailed as a big step in solving the climate crisis.

COP 22 opened 3 days after the Paris Agreement entered into force. Some 105 countries have ratified the agreement so far.

“All together we have made possible what people said impossible. It is a historic moment for humanity. I encourage other countries who have not ratified it to do so this year,” said Segolene Royale, president of COP 21.

Salaheddine Mezouar, president of COP 22, reminded governments that while the conference comes with a climate of hope and aspirations for humanity, it is also a “call to our consciences and to our collective responsibility,” adding that ambition is needed in the conference. (READ: CO2 emissions level off, still too high to save climate – report)

“At stake now is not just climate change. This is a question of civilization and economic development,” Mezouar added.

Royale also emphasised climate justice, especially for Africa, and the right of every African to have access to light and electricity. (READ: There are bigger issues outside the Paris agreement)

Energy also a problem of PH

In a side event “Experiences from the Philippines” hosted by the Philippine delegation, environmental lawyer Antonio La Vina also raised his concerns about energy needs in the country.

“Energy is the elephant in the room,” La Vina said.

The Philippines has initially submitted its Intended Nationally Determined Contribution (INDC) to the UNFCCC last year, with a target of reducing carbon emissions by 70% in 2030 on a business as usual model. However, the Aquino government was also much criticized for having approved more than 30 coal-fired power plants which are all set to be built before 2030.

La Vina said that in order to tackle energy problems in the country, there is a need to reduce over dependence on one energy source, citing coal as an example.

The country will be crafting a new set of commitments, now called the Nationally Determined Contributions (NDC). La Vina emphasized that “whatever number we give in our NDC, energy needs to be a part of it.”

The National Economic and Development Authority (NEDA) with their Ambisyon Natin 2040, the 25-year long term vision for the Philippines, said that climate change is one of their priorities, especially because it affects the Philippines’ economic growth. Climate change impacts costs the country 1% of its GDP. The challenge, however, is to mainstream climate change across institutions.

Speaking in the same event, Kathleen Anne Capiroso of NEDA said that resiliency is included in the framework and will be explicit in the new Philippine Development Plan (PDP).

“If you read the guidelines that we will be later on coming out with, climate change mitigation and adaptation will be more explicit. These are overarching principles we will consider and it will definitely be more visible in the plan,” Capiroso said.

Asked whether there are final numbers on the targets of renewable energy for the country, Capiroso said that it is still in the works but that they are closely coordinating with the Department of Energy. The PDP is expected to be finalized by the end of the year or early next year.

However, Climate Change Commissioner Heherson Alvarez raised an important question: how will the Philippine government keep its climate change commitments and plans given that it will take 3 presidents to implement this?

La Vina was hopeful, saying every president usually comes around, especially if it starts becoming about people.

“Every president eventually comes around, especially if climate change is no longer abstract. If it’s about emissions, it’s going to be difficult because you can’t see it. But if it’s about people — people dying and getting sick, they will come around,” La Vina said. (READ: What a Trump presidency means for the climate)

La Vina also adds that it is not the president that matters, but rather the institutions that will carry out the plans and how they will “internalize, integrate, mainstream climate change in everything that we do.” – Rappler.com