The 5 pillars behind the Philippines’ road safety action plan

May 8, 2017 10:10 AM PHT
Katerina Francisco
Facebook Twitter Copy URL
Copied
With road crash deaths rising since 2006, the Philippines needs to step up its efforts to meet the global goal of halving road traffic deaths by 2020 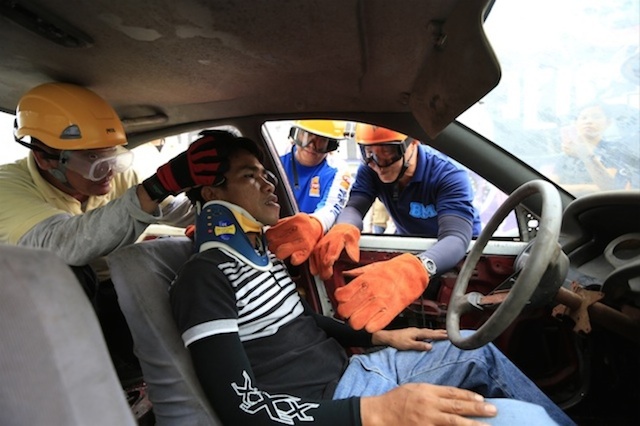 In 2011, the Philippines launched a road safety action plan in a bid to achieve the goal of reducing the number of road crash deaths by 50% in 2020.

The Philippine Road Safety Action Plan has 5 pillars, which should all fit in to contribute to a safer road environment:

Improve road safety management, which includes the development of policies and implementation of programs on road safety; institutionalizing road safety units in key government agencies and local government units; passing enabling laws, ordinances, and regulations on road safety; and lobbying for legislative and executive action to allocate funding for road safety, among others.

It also covers the development and maintenance of a road crash database system by key agencies, and the proposal for a Comprehensive Road and Traffic Safety Law, including the creation of a National Land Transportation Safety Board or Council.

Safer road, which covers the need to improve safety standards in hazardous locations; adopting road design standards; provision of bike lane facilities; and the conduct of road safety audits, among others.

Safer road users, which covers road safety education for vulnerable road users; conducting road safety forums and workshops; re-training drivers; launching public awareness campaigns; sustaining the enforcement on traffic laws especially on anti-overloading and overspeeding campaigns; and the prohibition of bicycles and tricycles and unauthorized modes of transport on national roads, among others.

Improve trauma care and rehabilitation, which includes identifying and setting up trauma units in all tertiary hospitals; training of trauma centers’ personnel; and training in First Aid and Basic Life Support including behavioral modification for law enforcement units, among others.

According to Dr Shin Young-soo, Regional Director for the Western Pacific of the World Health Organization (WHO), there is an urgent need to fast-track the implementation of road safety policies to meet the development target of cutting road traffic deaths and injuries.

This year’s United Nations Global Road Safety Week focuses on the need to slow down, which the WHO says is one of the simplest ways to avoid road crashes.

More than 1.25 million people die globally from road traffic injuries. Speed is a major risk factor in up to half of fatal crashes in low- and middle-income countries.

In a press release, the WHO pointed out that congested cities and crowded roads underscore the need for motorists to slow down. It said that reducing average traveling speeds by 5% could reduce fatal road crashes by 30%.

“If every vehicle on every road slowed down even a little, there would be fewer crashes – and certainly fewer serious injuries and deaths,” Shin said.

The WHO said an adult pedestrian hit by a car going at 50 km/h will end up seriously injured but would still survive. But if the car were traveling at 80 km/h, the victim could die from severe injuries.

While setting speed limits is an effective step, the WHO also said effective law enforcement and the integration of speed management and monitoring in the design of roads and vehicles are also needed.

“I have heard people say that death and injury on the road are an inevitable consequence of transport, motorization, and rapid economic development – and therefore that nothing can be done. This is wrong,” Shin said. – Rappler.com