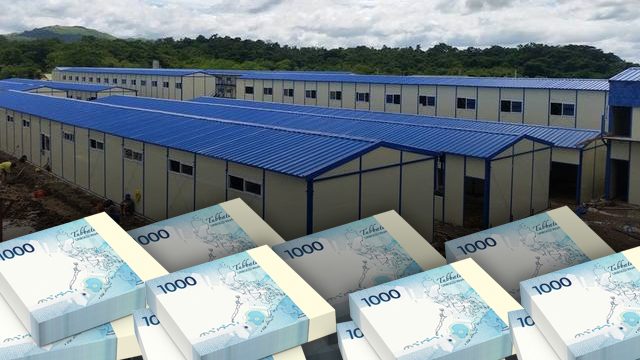 The budget for Department of Health-managed rehabilitation facilities will go down to P759.6 million – a whopping 75% decrease from this year’s P3.08-billion budget.

“The word from the DOH is that private donations will make up for the difference. If that is the case, DOH should submit a listing of where the replacement funds would come from because that is too big a vacuum to fill,” Recto said.

Under the proposed budget, the DOH and the Philippine Health Insurance Corporation (PHIC) has a combined allocation of P164.8 billion – 9% higher from 2017’s P151.3 billion budget.

“The unofficial explanation is that the so-called ‘mega-rehab centers’ will be built by private donors. Fine. But what about the manning of those centers? The training of personnel? Are the funds sought enough?” he added.

Local governments have partnered with the DOH and some private organizations have donated money for the construction of regional rehabilitation centers in Isabela, Mountain Province, Palawan, Zamboanga City, and Taguig City.

During the budget deliberations in August, Health Secretary Paulyn Jean Ubial said the budget removed from the centers will be used instead for funding barangay and rural health units.

They are also being eyed to fund medical services for the military, a need Duterte has repeatedly emphasized.

The reduced P759.6-million budget will be used in running 14 centers, including the “mega-rehab” center donated by Chinese businessman Huang Rulun in Nueva Ecija.

Recto questioned whether the funds sought for the operation of the centers will be enough.

“The existing policy is still ‘save the users’ and not ‘salvage the users.’ For as long as that policy remains, then government is duty-bound to help those who have volunteered for treatment by providing a new path to a better life for them,” Recto said.

The senator said that the policy on the anti-drug campaign “hinges not on the mass killing of drug dependents but on their mass rehabilitation.”

(Isn’t the approach now is ‘Tokhang’ – Toktok-hangyo (knock and appeal)? The police said those who want to change their ways will only have to appeal and they will be helped.)

The total number of alleged drug personalities killed in legitimate operations is at about 3,500 as of July 26, the Philippine National Police said. (READ: IN NUMBERS: The Philippines’ ‘war on drugs’)

Among those killed during operations are minors and college students.

Recto said that law enforcement should be able to “stop the supply while health officials help the victims under a comprehensive program.” (READ: Rehab advocates can work with Duterte gov’t in ‘healing’ addicts – priest)

The DOH, in a briefing paper, gave assurances that facilities included in the Health Facilities Enhancement Program will form part of government network to help drug dependents. The program has a proposed budget of P29 billion.

“Again, if that is the intention, Congress must be given the details,” Recto said.– Aika Rey/Rappler.com