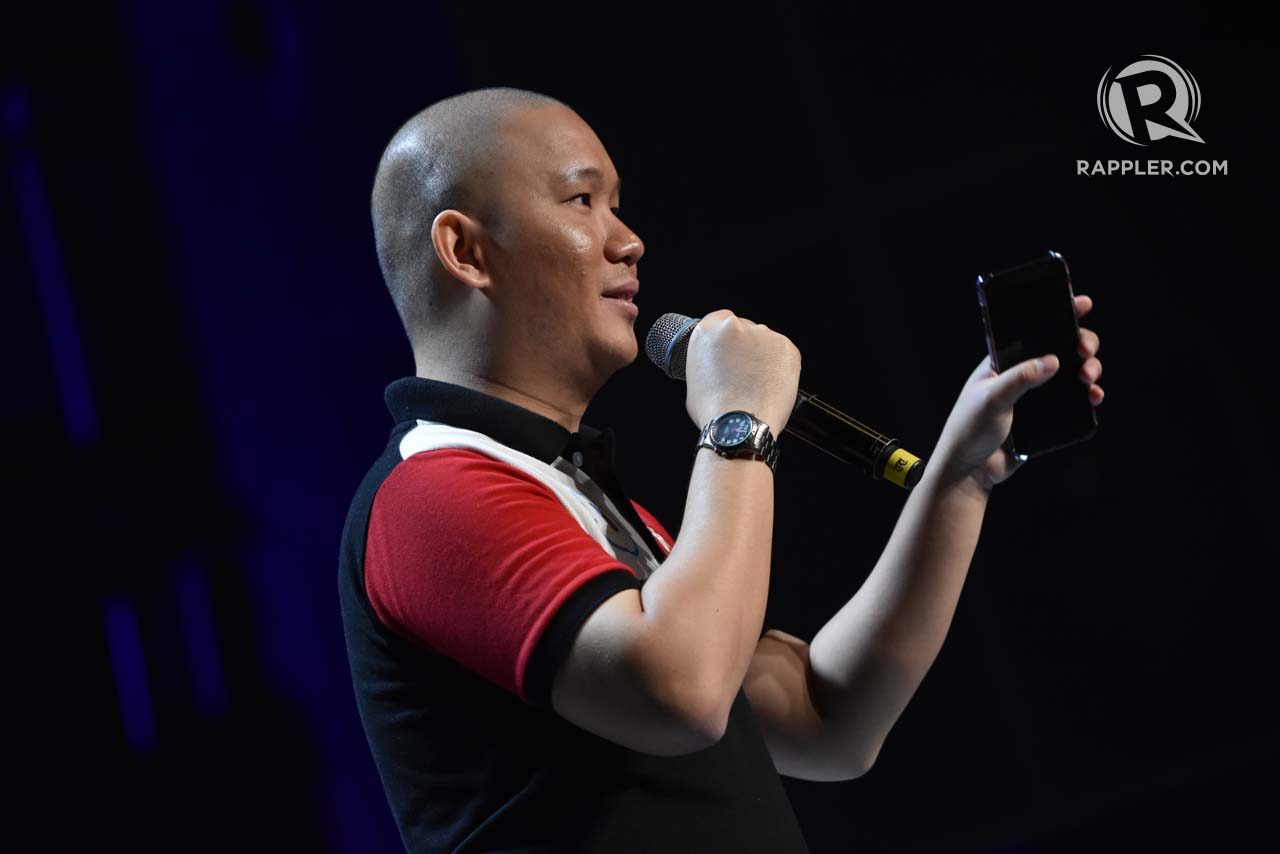 Facebook Twitter Copy URL
Copied
One way to stop the growing HIV/AIDS epidemic in the Philippines is by fighting the stigma that comes with it, says Paul Junio of LoveYourself

MANILA, Philippines – When one faces the stigma associated with HIV/AIDS infection, the normal response is to be retaliatory and defensive, to retreat into a shell and fight a hostile world.

But an HIV awareness advocate pushed for the opposite: fighting stigma with love and acceptance, not hate.

Paul Junio of LoveYourself, a group that helps persons with human immunodeficiency virus (HIV) cope with the disease, said they have found more success in this approach when it comes to convincing people to get tested. (READ: StayNegatHIVe: We need to talk about HIV/AIDS)

“At LoveYourself, we have a culture that emphasizes a positive approach on HIV awareness. So we promote love, belonging, and being sex positive. This is one of the reasons why people are gravitating to us to get tested,” he said.

Junio was addressing hundreds of participants of the 2017 Manila Social Good Summit held on Saturday, September 16, in Taguig.

The “hate and shame” that comes with the stigma of having HIV is one of the major reasons why people refuse to get tested for the virus.

But HIV tests are crucial to preventing the growing HIV epidemic in the country.

The Department of Health reported in June 2015 that new HIV cases in the Philippines have grown by as much as 1,038% in as little time as 6 years.

“HIV is a matter of national emergency. Before this day ends, there will be 30 new cases recorded,” said Junio.

A majority of new cases involve people aged 15 to 24.

LoveYourself hopes to stop this disturbing trend by making it easier and safer for people to get tested for HIV. It has several discreet testing centers which will keep your visit confidential.

It holds events that help persons with HIV find love and acceptance. Studies have shown that men having sex with men (MSMs) are the most prone to contracting the disease. LoveYourself organizes events for the LGBT community.

“It creates safe spaces for everywone where they can be free to be themselves and to nurture a strong sense of self growth,” said Junio.

Putting an end to the HIV epidemic is crucial if the world is to meet the Sustainable Development Goals by the year 2030. Ending the AIDS epidemic is one of the targets under Goal 3 of the SDGs on “Good health and well-being.”

For the men and women of LoveYourself, it’s society’s attitude to HIV that can do even more damage than what the virus itself can inflict.

It’s up to people to fight that attitude.

“Dare to fight stigma with love and positive values,” he said. – Rappler.com