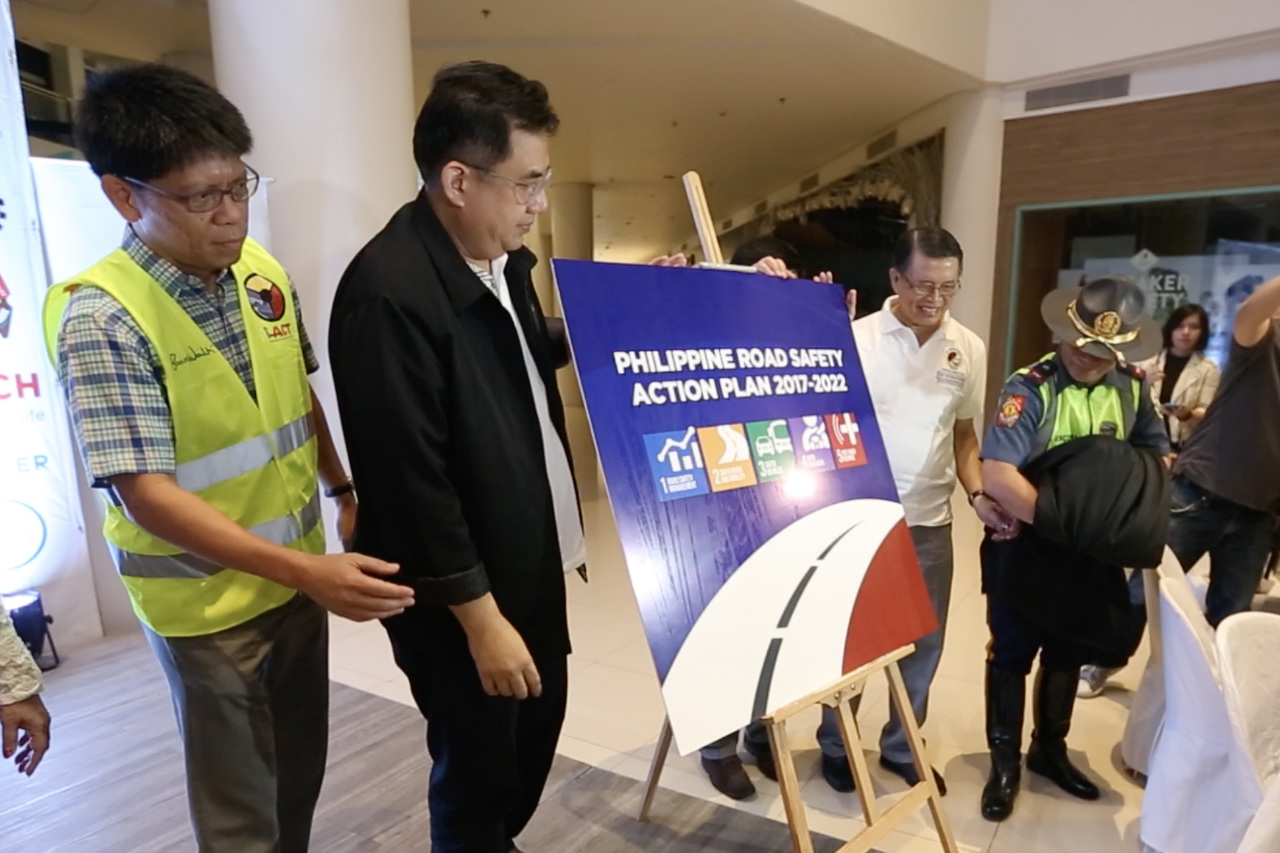 MANILA, Philippines – Some say a person’s life on the road is dependent on the driver. But studies show that several factors contribute to road mishaps that result in injuries or death.

On the World Day of Remembrance for Road Traffic Victims, the Department of Transportation (DOTr) unveiled programs to reduce fatalities on the road.

Transportation officials launched the Philippine Road Safety Action Plan (PRSAP) 2017-2022 on Sunday, November 19. It is an update of the earlier action plan launched in 2011.

According to Transportation Undersecretary Thomas Orbos, a road safety unit within the department will also be established to oversee the implementation of the plan.

“[PRSAP] is anchored on the principle that while people make mistakes on the road – [these] should not lead to serious injuries or fatalities. We also accept that road safety is our shared responsibility and not of the driver alone,” said Orbos.

He added that there are about two million vehicles that could “potentially harm other road users.”

Latest data from the Philippine Statistics Authority (PSA) show that 10,012 people died due to road crashes in 2015. Globally, 1.3 million people die each year, according to the World Health Organization (WHO). (READ: IN NUMBERS: Road crash incidents in the Philippines)

Orbos said the public utility vehicle (PUV) modernization program of the government would play a key role in road safety.

The program aims to replace PUVs running for 15 years or more with PUVs that have safety features. The goal is to promote safer and environment-friendly transport options to the commuting public. (READ: Orbos: Phasing out of ‘deteriorated’ PUVs to start January)

The Land Transportation Office (LTO) will also require all vehicles to undergo the Motor Vehicle Inspection System (MVIS) by January, according to Orbos.

“All vehicles that will be on the road will have to undergo roadworthiness testing. It means that your vehicle will not only be tested for its smoke emission but about 60 items [on our list] that we have to inspect,” he said in a mix of English and Filipino.

Those who fail the MVIS, added Orbos, will not be allowed on the road.

But while Orbos said the inspection system should be up and running by January, LTO chief Edgar Galvante noted that setting up the MVIS would take time due to the government’s procurement process.

“[It] cannot be. It’s not that fast. But we hope to complete because there’s a need to bid that out. So we hope by that time, we have selected a winning bidder. But we’re making efforts,” Galvente said.

Back in July, Vera Files reported the lack of motor vehicle inspection centers (MVICs) in the country. Orbos said at least 4 MVICs should be working by January.

In contrast to the traffic congestion in Metro Manila, Orbos said speeding is a problem in the provinces, leading to road crashes.

He said the DOTr is looking into strict enforcement of Republic Act (RA) No. 10916 or the Speed Limiters Act before the Christmas holidays.

RA 10916 mandates the installation of devices that would limit the maximum speed of PUVs, shuttle services, closed vans, cargo trailers, and tanker trucks, among others. (READ: What you need to know about speed limits in the Philippines)

Under the law, the LTO and the Land Transportation Franchising and Regulatory Board (LTFRB) will not register or issue a franchise to a new vehicle that does not have a speed limiter. 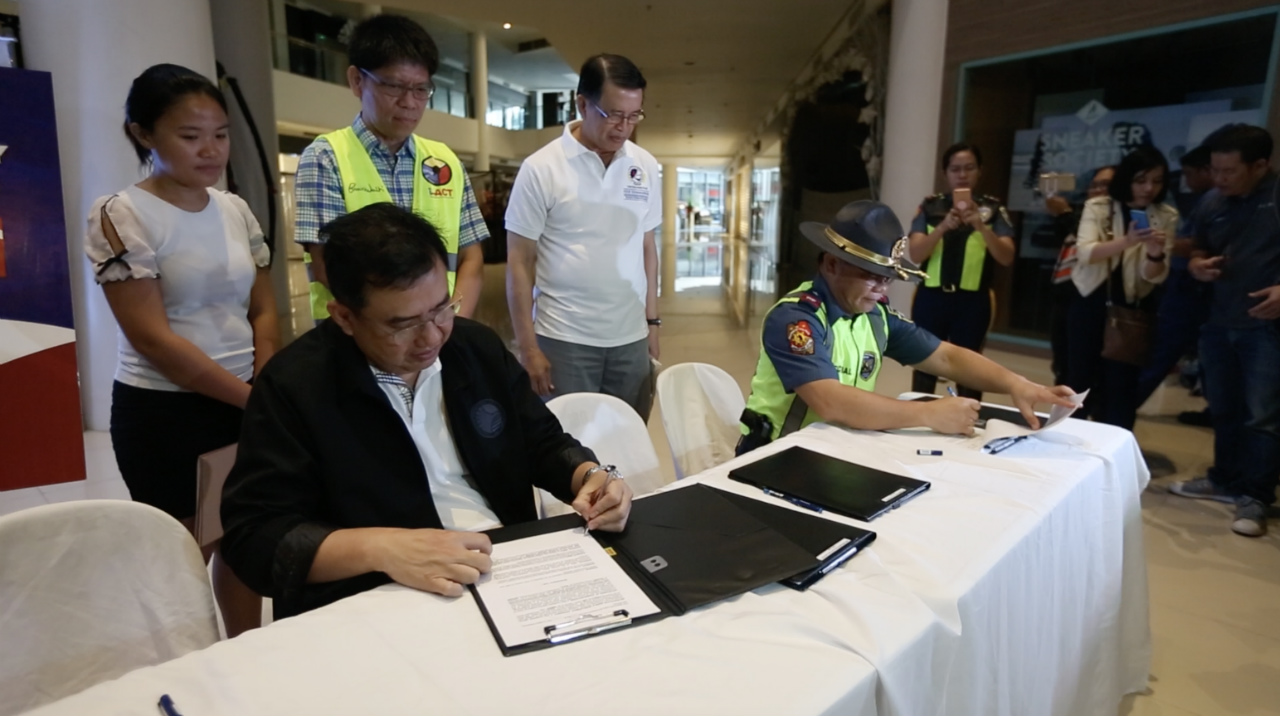 Orbos also said the DOTr will be signing a joint memorandum circular with the Department of the Interior and Local Government (DILG) as well as the Department of Public Works and Highways (DPWH) to set and strictly enforce speed limits. (DOCUMENTS: Speed limit ordinances in the Philippines)

On top of this, the DOTr will also work with the Philippine National Police-Highway Patrol Group (PNP-HPG) and the Department of Heath (DOH) in populating the road crash database of the country, called DRIVERS.

Ultimately, Orbos pointed out that more than the vehicles that ply the country’s roads, majority of Filipino road users still walk to their destinations.

(Pedestrians should own the streets but that’s not the situation here. Vehicles have the authority in the streets. We should change that kind of attitude toward pedestrians.)

Orbos said the DOTr will be investing about P7 billion to build walkways around Metro Manila in 2018. (READ: Education, infra to get bulk of proposed 2018 nat’l budget)