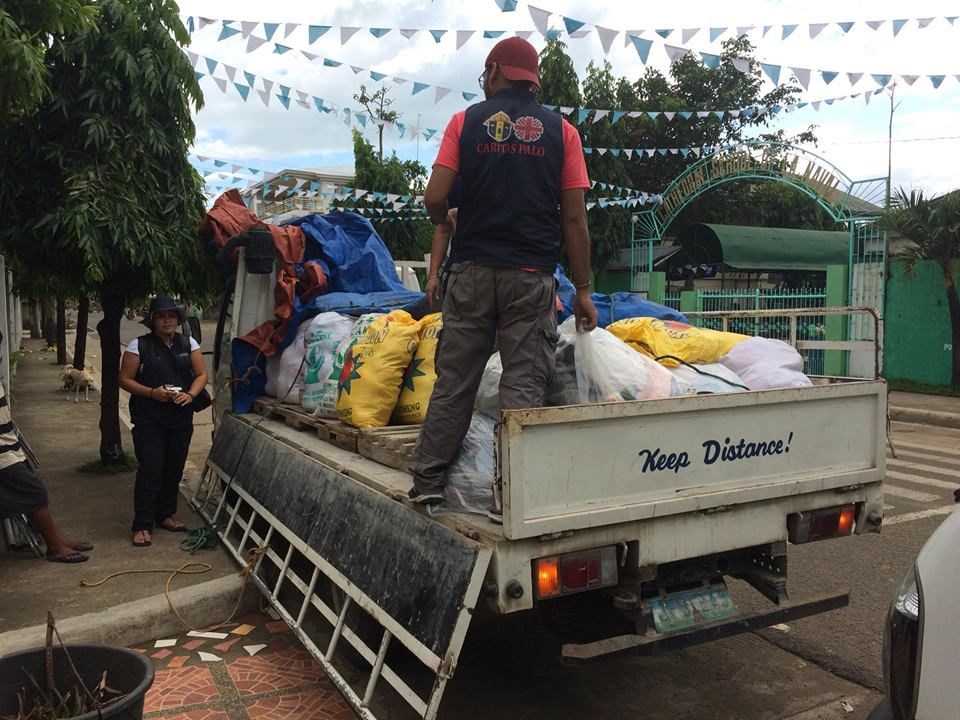 TACLOBAN CITY, Philippines – Just in time for Christmas, around 500 families in remote Biliran towns that were affected by Tropical Storm Urduja (Kai-tak) received relief goods from the Archdiocese of Palo.

“It’s almost Christmas time. We want to help more people in the coming days even if it means working doubly hard during the holidays. We in the Catholic Church believe that no one should be left behind,” said Father Al Cris Badana, director of Caritas Palo, the humanitarian arm of the archdiocese.

Badana added that the archdiocese, led by Palo Archbishop John Du, donated burial assistance to families of the victims of the landslides that hit the province during the storm.

Urduja tore across Eastern Visayas on December 16, toppling power lines in 39 towns or cities and damaging roads and bridges. The tropical storm left at least 31 people dead mainly due to landslides, and 49 others missing. 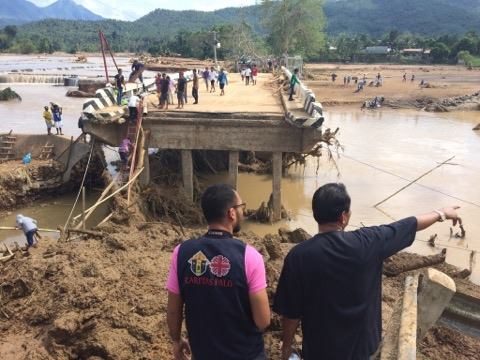 In the coming days, Caritas Palo is expecting more relief goods from the National Secretariat for Social Action (NASSA)/Caritas Philippines, the humanitarian arm of the Catholic Bishops’ Conference in the Philippines (CBCP).

According to the initial assessment of Caritas Palo, access to clean drinking water remains a big problem in the area. Difficulty in accessing Biliran province is also a challenge as many roads and bridges are still not passable.

“We aim to help the most vulnerable people in the province, especially those in affected areas that have not yet been reached by the government and other organizations,” Badana said.

The archdiocese in the predominantly Catholic country plays a leading role in providing humanitarian assistance during disasters. (READ: Ordained by disaster: The priest of Yolanda)

Caritas Palo, which was established after Super Typhoon Yolanda (Haiyan) in 2013, has implemented the Catholic Church’s largest 3-year rehabilitation program in Leyte. It was also able to respond to various calamities that hit Eastern Visayas such as typhoons Ruby (Hagupit) and Seniang (Jangmi) in 2014, and the earthquake in Ormoc City early this year. – Rappler.com

People affected by Tropical Storm Urduja need your help and support. This page shows how you can help: #ReliefPH: Help victims of Urduja.