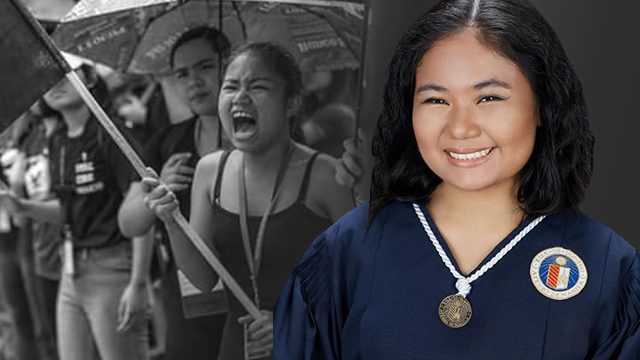 Facebook Twitter Copy URL
Copied
'I am fueled by my dreams, dreams which Ateneo’s generosity nourished, in a country whose problems are partly caused by the same inequalities that created the Ateneo' 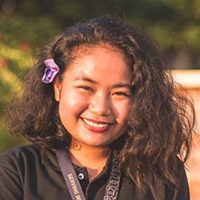 My father is a jeepney driver, whose example taught me to work harder than everyone else – not only because hard work is high dignity; but also, while it is no guarantee of success, anything less than that for us would mean complete failure.

I always worked harder than everyone else to get the same opportunities they had. It’s the least I can do to compensate for my lack of privilege. This is a reality of life I have long embraced – from shouting as jeepney barker for my father to taking odd jobs in high school – I worked hard to be here. (READ: [OPINION] Game of poverty)

Yet, I am aware that my full scholarship exists not because I simply earned it. All my work would have been for nothing if there was no slot on offer in the first place. I am here because someone, by the grace of their heart, gave generously to fund my education. I am here because a generous Ateneo exists, where someone like me who does not share the wealthier background of the common Atenean can be entrusted with the presidency of the school’s student council.

In a generous Ateneo, one can hope. That is as much a statement of my unwavering faith as it is an indication of a greater problem. Everything I have accomplished in Ateneo has depended on the precondition of a generous Ateneo. And while it is a place that I have been able to reach, it remains beyond the hopes of many of our fellow citizens. My success is an exception, not the norm: rarely do we see a child from the poorest of the poor climb her way to one of the top universities in the country, and become its highest student representative. What was difficult for me is still unattainable for others, and will remain so, even with Ateneo’s most generous efforts.

That is because generosity is not enough. The success of one person should not depend on the virtue of another. I may have exceeded expectations, but, let’s face it, people do not expect much from children of poor families. We are condemned by the soft bigotry of low expectations and impeded by the hard barrier of unequal opportunity. (READ: It’s about privilege, not about working or studying hard)

I am an example of the underprivileged gaining the highest quality of education in one of the best universities in the country, and achieving their dreams. It is possible, but it will take more than good intentions.

Ateneo taught me the limits of what individual virtue can do. A generous Ateneo alone cannot make up for a society that does not provide fair access to opportunity for all, and a decent path to success for those who are like me. I envision and hope for a nation where a success story like mine is not an exemption, but the rule.

I was raised in poverty – there was never enough food on our table; my parents were not always regular employees; and as students, my sister and I had childhoods filled with promissory notes for delayed tuition fee payments.

I was 7 years old when I joined my first rally. I stood with my father at the frontline of a jeepney strike that aimed to raise the minimum fare. For some, the rising price of fuel meant less profit. For my family, it meant skipping another meal; it meant more debt and more promissory notes.

Mine is the story of a grandchild whose grandmother died because 3 hospitals refused to operate on her without down payment, and whose grandfather tilled land that wasn’t ours for 60 years, because land reform failed us.

Mine is the story of a daughter whose father is jobless because the government phased out our jeepney in the name of hollow modernization, and even before the very policy for it was passed. Generosity is the exception, not the norm in this country. Ateneo may have shown my fellow students the realities of injustice in society, but for me, it served as a refuge from my own experience of social inequality.

It is those contrasting powers – to show and to isolate, to influence and to ignore – that make a generous Ateneo a necessary, but insufficient condition. As long as Ateneo is generous, many young men and women like me hope that they, too, can earn a diploma that carries the same Latin words that Rizal earned. But as long as Ateneo needs to be generous, it means society has not overcome bigger, deeper problems: social inequality, lack of opportunity, and the concentration of economic and political power in the families of many of my schoolmates.

I am grateful for what Ateneo has given me: an excellent education, a network of like-minded friends and allies, and space for me to grow with more courage as I led the community to demand greater things for this nation. Still, I am aware that in many ways, my capacity for nation-building as an Atenean carries problematic contradictions.

Ateneo’s influence amplifies any Atenean voice, the same way it amplified mine. When I protested for the Philippines to hear the plight of our jeepney drivers against the modernization policy, the entire nation listened. The biggest news media companies – ABS-CBN, GMA, name it – wrote headlines, and invited me to interviews and documentaries. My statements, no matter how eloquent, would not have mattered if I weren’t Atenean. After all, I am not the only “daughter of a jeepney driver” in the entire Philippines. It was my Ateneo education that made me special.

I write this not only with gratitude, but also with a discomforting sense of contradiction. I am fueled by my dreams, dreams which Ateneo’s generosity nourished, in a country whose problems are partly caused by the same inequalities that created the Ateneo.

Beyond this discomfort, however, is hope. As a victim of inequalities, I have always seen things from down the hill. A generous Ateneo has allowed me to see the view from up the hill. Because of this, my vision is more complete; my understanding of issues more complex; and my appreciation of the world more compassionate.

Ateneo educates the children of those who hold the keys to wealth and power in this country. I have seen them stand willing to speak truth and justice to their families’ power. And if we, the powerless and powerful, can continue standing together, then there is hope for a better future not only for this generation, but for this country.

This is what I’ve learned from being Sanggunian President: The generous Ateneo is flawed, but none of its flaws are unchangeable.

The generous Ateneo has always been self-critical. From being an all-male university, it became co-educational, breaking the barrier to education that was gender. It offered scholarships, making it accessible to a wider population who could not have afforded Ateneo otherwise. The integration of liberation theology in its curriculum is proof of that self-criticism, an acknowledgement that many Ateneans are those whose choices formed and maintained the same oppressive social structures Ateneo says it wants defeated.

The most famous heroes Ateneo produced in the past – Jose Rizal, Antonio Luna, Gregorio del Pilar, Ninoy Aquino, Evelio Javier – were all well-off men. Only in a generous Ateneo is it possible that the daughter of a jeepney driver from one of the most remote sitios in Bicol can aspire to their same education and heroism, too. If my story can help make Ateneo even more generous and, at the same time, help others go beyond generosity and act for systemic change, I know I am doing things right.

Inequality in the Philippines means that there is a hill, and the rest is down from the hill. We must dream of something better than this. Ateneo should not be content to sit proudly on its hill and invite others into its light. It must shine its light into the darkness far beyond its borders. I am extremely lucky to have been given a place here – it is my honor and duty to make things more just, to share whatever light I can, especially to those who have only known darkness. – Rappler.com

This article was originally published on the Ateneo de Manila University (ADMU) website. It is the author’s pre-interview essay for the university’s valedictorian selection.