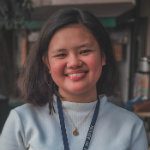 I went on my very first date with a girl (who is now my girlfriend) 5 months ago. Seeing her for the first time after weeks of flirting online was amazing. As I made my way to her, my heart started to pound twice its normal speed and my hands shook while I was trying to think of the first words to say.

I immediately went in for a hug. We then decided to go for a walk, our arms intertwined, occasionally holding each other’s hands and kissing each other on the cheek.

But after a while, fear consumed me. I realized that what felt like the most natural thing for us was unnatural in the eyes of many around us. I’d never wanted to be the subject of scrutiny, and holding hands with a girl in public seemed like I was handing myself over for judgment. I was scared that strangers might come right up and tell us to fuck off for being too affectionate.

It took me 5 months to get used to the stares and whispers. But even though we had earned the support of my parents and her mom (for which I am forever grateful), pretending that we were just close friends in front of my other family members and her father was harder than we thought. We were scared that one day we would slip and accidentally call each other babe during a family dinner. We were afraid of running out of excuses whenever we went on dates and sleepovers. (READ: [OPINION] How to be a true friend to LGBT folks)

We feared the day when they would find out that what we have is real and pure. They just might not understand.

We’re not the only ones

My girlfriend and I are just two of the countless LGBT+ individuals who have been victims of prejudice. In fact, according to Rainbow Rights Philippines, 6 out of 10 LGBT+ individuals experiencing outright injustice.

There was 26-year-old Jennifer Laude, who was drowned by an American soldier after he found out she was a transwoman.

Jervi Li, popularly known as Kaladkaren, was denied entry to a bar in Makati last year for being gay.

Friends from the community have been raped and abused by people they used to call their loved ones, the latter using my friends’ sexuality as their excuse for this foul behavior, and it still breaks my heart hearing their stories up to this day.

The LGBT+ lead lives tainted by hatred and misunderstanding. Our safety is threatened each day, and all we want is to live beyond the boundaries others have set for us. We just want to walk safely in our own neighborhoods without having to worry about being attacked for dressing too “gay” or too “manly.” We want to be treated as equals and not as objects given second looks whenever we hold our partner’s hands in public. (READ: ‘Celebration, freedom, and equality:’ Netizens speak up about pride)

We just want a world where we’re humans.

LGBT+ rights will always be human rights, and to deny this is to deny our existence. Furthermore, we demand accountability from the perpetrators of homophobic culture.

What we want is for the Senate to deliver on the SOGIE Equality Bill in the last two session days of the 17th Congress. We simply cannot afford to go back and waste 19 years of fighting for the rights of my community. (READ: Pia Wurtzbach calls on Philippine Senate to pass SOGIE equality bill)

It isn’t our fault that we want to be more than what society tells us to be. Let us live our lives to the fullest, because we will not stop until we get to. We will resist together. (READ: [OPINION] The B in LGBT: The long journey to coming out)

Maegan Ragudo, 19, is a first year student of the AB Political Science program of De La Salle University-Manila (DLSU). She is the Director for National Affairs of Alyansang Tapat Sa Lasallista, the leading progressive political organization in DLSU. Her internship in the office of Senator Risa Hontiveros exposed her to the lobbying efforts for Human Rights, Safe Spaces, Mental Health, and SOGIE Equality.