[Right of Way] The Wunder closure: Why can’t commuters have nice things?

Jun 28, 2019 2:51 PM PHT
Rappler.com
Facebook Twitter Copy URL
Copied
Are you a Wunder user? How will its closure affect your commute? 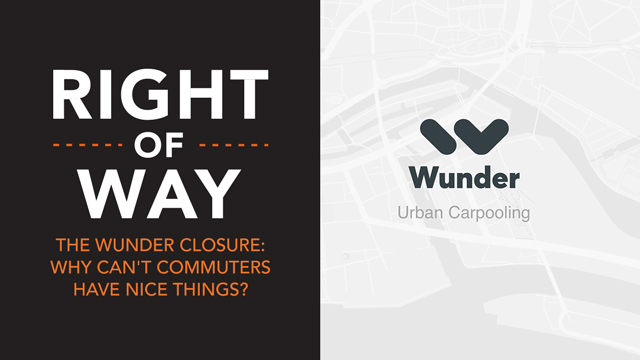 MANILA, Philippines – On Monday, June 24, carpooling app Wunder announced in an email blast to its users it would cease its Manila operations effective Friday, June 28. Hailed as an alternative to ride-sharing app Grab, the news prompted its legion of faithful users to decry the move online.

There was no explicit reason given behind its cessation of operations, but in its email blast, Wunder said “If you’d like to help contribute for a brighter and more sustainable future for your city, you can reach out to local entities like the MMDA and the LTFRB and ask for regulation for carpooling.”

Right of Way’s Vince Lazatin got to talk to several Wunder users about how much the move affected them. The backlash was particularly strong on Twitter, with user @piabonalos asking “Why can’t we have nice things?“

One of the Wunder regulars Vince encountered on Twitter is Rache, who shares her commuting experience (with and without Wunder) in this episode. – Rappler.com