[OPINION] Why the Filipino youth should care about Sudan Facebook Twitter Copy URL
Copied
'We must remember that this present unrest doesn’t only hold the Sudanese hostage; it catches our countrymen, too,' says Aleijn Rio Reintegrado 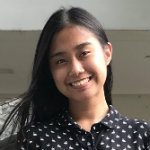 There’s been a purge in Sudan, and the target is pro-democracy protesters. On June 3, 2019, Sudan’s military violently attacked the cluster of civil rights advocates rallying for democracy in Khartoum. Protesters were shot, chased, whipped, beat, and raped by government forces, even after the protest camps were cleared. About 70 were sexually assaulted, with more than 100 killed and 500 injured.

Schools and businesses reek of blood and damaged concrete. There’s a shortage of food, water, and medicine. On top of it all, the state is downplaying the magnitude of their crimes, taking advantage of their self-manufactured internet blackout to do so.

This is the legacy of Omar al-Bashir, whose corrupt and dictatorial 30-year rule was put to an end a few months back (and by the same protesters). Since then, the 7-member Transitional Military Council and the Forces of Freedom and Change have been negotiating on a workable government mechanism. That is, until the violent crackdown. (READ: Sudan protesters agree to direct talks with ruling generals)

Currently, the internal conflict is being mediated by Ethiopian Prime Minister Abiy Ahmed. Recent reports have indicated the cessation of civil disobedience by the Sudanese opposition – in exchange, the military had promised the release of political prisoners. While this seems like a good restart, peace talks still have yet to be resumed or confirmed. The protesters are demanding an investigation on the crackdown before sitting at the negotiation table, and rightfully so. While the military’s response remains absent, the crisis continues.

The international response exists, but is worryingly underwhelming. The African Union has suspended Sudan’s membership. The United States, United Kingdom, and Norway have issued joint statements expressing concern over the violence, but are still on standby. International humanitarian organizations such as Human Rights Watch and the United Nations have condemned the violence, but are made unable to help keep peace. Unsurprisingly, none of this has been enough to produce a resolution. (READ: Sudan generals, protesters in landmark agreement on new governing body)

But why should we in the Philippines, in particular, care?

Because we’re their allies

The Philippines and Sudan have had formal relations for 43 years. The two countries have had embassies in each other’s territory, and have traded site-specific raw materials such as oil, gold, and livestock on one end; and wheat, chemicals, and textiles on the other.

There have even been celebrations and joint commemorations for anniversaries. Furthermore, statistics from 2017 show that 3,000 Filipinos work, study, or live in Sudan, while census data from 2010 report that, though not large-scale in number, a handful of Sudanese citizens live in the Philippines.

Helping Sudan achieve its dream of peace is then a matter of integrity and formal duty. Within this distant internal conflict lies the question of whether or not we, as a country, will keep our promise of being an ally  to Sudan, made for better or worse.

But even if we can rebuild our relations in the future, we must remember that this present unrest doesn’t only hold the Sudanese hostage; it catches our countrymen, too.

Although not completely the same with Philippine history, the current context in Sudan surely is familiar. The revolutions for independence and rallies for democracy, all met with abuse and violence, should ring a bell to one who’s read their textbooks. Undeniably, we had to struggle to get to where we are now: a free, democratic state.

Frankly, Sudan is only doing the same. They’re fighting under the same dream for democracy, and through democratic, non-violent means. In fact, their protests now are strikingly similar to ours back then, particularly in the facet of youth leadership. But this also means that the Sudanese youth face much of the brunt of their struggle, and we, the Filipino youth who are routinely tasked with the same burden, should know better than to stay silent.  (READ: 7 killed as mass demonstrations hit Sudan)

We forget that our students were at the forefront of our multiple struggles for freedom – even those that exist today.

Democracy is a reality that should be made readily available for all. However, the process of attaining it seems to always require a fight. Hence, if we won our fight, we should also stand for Sudan’s right to win theirs. After all, their dreams were ours, too.

Because helping is in our nature

The Philippines has always been a helpful country. When the Notre Dame burned down, we offered our sympathies. When Vietnam was in the middle of a war, we sent volunteers to help them in the name of brotherhood. When the Rohingya were being oppressed by the military junta of Myanmar, we led the call for criticism and investigation. In our houses, we practice hospitality; in our churches, we preach altruism; in our schools, we teach service for others. Helping is infused in our Philippine blood and instinct.

More so is this true for our youth. Whether it be in discussions of art, politics, or culture, the Filipino youth is owning the narrative. We have been at the center of organizational work and involvement, where we’ve put together community advocacies and created meaningful bonds among forward- thinking people. It is within our time that multiple historic laws were introduced and passed, and stigma about a multitude of otherwise unthinkable things were defeated – thanks to the heart and work of young advocates. We are changing and challenging the ways of the world, not only for us, but for others.

We were brought up with the mindset that our lives are not entirely ours – that our lives are also for the unheard and marginalized. It stands to reason then that we can and should want to help Sudan. We’ve done it once, twice, thrice for others; certainly, we can do it again.

There is one thing that all of these arguments have in common, and that is the recognition of the Sudanese’s humanity. It is the emphasis of our similarities rather than our differences, because like us, they are people, too – with hopes for a better life, and aspirations for their past, present, and future families. They also want food, shelter, water, medicine, and their voices heard in government – things they face a shortage of, and therefore things we should instinctively help give them. And when barely anybody else is doing so, we should set the precedent. – Rappler.com

Aleijn Reintegrado is an incoming college freshman. She is also a debater, an advocate, and an active volunteer for various advocacies and organizations, such as Students’ Rights and Welfare Philippines where she currently holds the position of National Vice Chairperson.