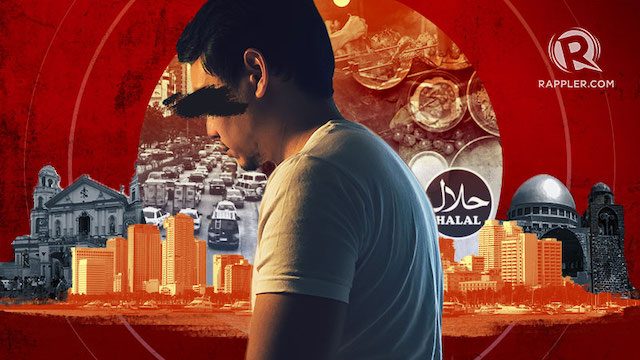 Facebook Twitter Copy URL
Copied
Moving to predominantly Christian Manila was daunting for Earl, a practicing Muslim from Zamboanga. What challenges did he face? 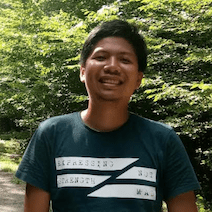 It was June 2015. A crystal-blue sky hovered above me as I inched in a taxi through EDSA’s legendary traffic.

It was my first time to work in Manila.

I was both excited and nervous at the same time. I was hired to teach at a prestigious private school in San Juan, and as such, felt the challenge of meeting great expectations in my first year of teaching.

The possibility of working at an international school meant that I would get the opportunity to meet people of many faiths and cultures throughout the school year. I wondered how people would view me as a person. Would they accept me as a co-worker? Would they view me as the “other”?

As my imagination slowly drifted, a conversation between my ate and a random taxi driver came to mind.

My sister, who is an administrative assistant at a multinational development company in Papua New Guinea, just laughed at the remark. After all, how could she think of harming her own compatriots, when her family comes from a long tradition of civil servants who served the city?

This point of view may have been reduced over time, but I know for a fact that many people in Manila still consider Zamboanga to be a dangerous place due to the various kidnappings, bombings, and security incidents during the past few years.

My father is a Muslim, while my mother is a devout Roman Catholic. I am lucky to have come from a family who values pluralism and progressive ideas; as such, I did not have any problems mingling with people of various creeds and ethnicities in my day-to-day life. As a kid, my parents taught me the importance of respecting different religions and having an open mind.

My co-workers ask about why Muslims fast for 30 days in a year, or why we slaughter animals for the Feast of Sacrifice (Eid’l Adha). We sometimes eat iftar (evening meals) together. I feel lucky to work in a company where there is goodwill and harmony between believers of distinct faiths.

Being a Muslim in Manila can make for a very interesting experience. Between people’s perceptions of Muslims and the difficulty of obtaining halal food outside our homes, there are quite a number of challenges that I personally faced during my first few years here in the capital.

I once went to an upscale chain restaurant in Greenhills in order to try a chicken barbecue dish.

When I asked whether pork and chicken dishes were prepared separately, the manager asked in response:

Just a couple of years ago, one would be hard-pressed to find halal restaurants and goods here in Manila. As a result, eating outside was not an easy task; I would have to ask managers whether it was possible to consume a dish (i.e. if it was chicken, fish, etc.), let alone if it were halal.

At the time, even the establishments that served halal food did not necessarily display their certificates unless the customer asked for it.

As a result, my friends and I opted to buy food and cook it at home instead. Of course, there were times when this was not simply feasible; we were all working professionals.

However, I saw a lot of improvements over the past few years.

I can see that people are more tolerant and are actively supportive of inter-faith dialogue.

At the same time, there are a lot of suitable food items available, and the government is leading initiatives for Muslims in the country, such as supporting halal trade and promoting multiculturalism in Mindanao, among others. In addition, restaurants post notices which state that pork and other dishes are prepared separately. Furthermore, there are even restaurants that proudly display that they serve halal food.

Most importantly, people are free to practice their respective religions: Greenhills Shopping Center contains a parish and a mosque in the same complex. There are more business establishments that open up rooms for worship and even allow employees to take a break for the Friday congregational prayers at noon.

Sometimes, one just has to listen in order to foster understanding, for this the only way to build peace and harmony. No good would ever come from bigotry and violence.

This is the plain truth: There is no other way. – Rappler.com

Earl Carlo Guevarra, 25, is a teacher of English at an international school in San Juan City. When he’s not teaching writing or grammar, he likes to drink fruit shakes and dabble in poetry.