[OPINION] On toilets and transgender rights

Aug 17, 2019 11:30 AM PHT
Hermie Monterde
Facebook Twitter Copy URL
Copied
Why build toilets with different categories when our toilets at home are not even categorized according to gender identity? 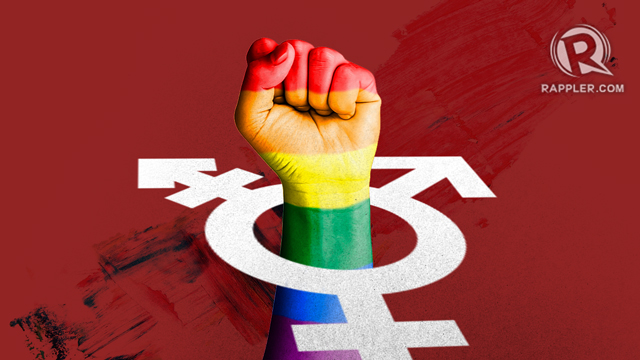 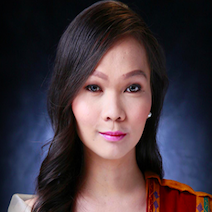 Almost two months ago, I posted an essay on being discriminated as a transgender woman both in my workplace and in school, a part of which was an account of my struggles concerning the women’s public toilet. (READ: U.P. trans woman professor talks about workplace discrimination)

Personally, I know how painful it is to be barred from using the toilet of the gender I identify with, so I can only imagine the horror that Ms Gretchen Diez felt when she was arrested, after being blocked from using the public toilet for women in a mall in Quezon City a few days ago. The physical and verbal abuse, as well as the outright denial of her gender identity, were a clear violation of her humanity.

Our country has an overwhelming number of transgender women. Hence, it is not uncommon to see trans women in public toilets for women. To be honest, I cannot recall an instance where trans women had harassed, attacked, or assaulted women and children in ladies’ public toilets in the Philippines. And while it is a fact that transgender people are way more likely to get assaulted than cisgender people, many people still hold the belief that trans women are a threat to women’s public toilets, a belief that is a product of unfounded fears around sexual victimization.

Trans women are women. They are not men who want access to women’s public toilets to sexually assault women. Have we not come to realize yet that men need not pretend to be women to carry out assaults? In this heteropatriarchal society, men will sexually assault women if they want to. They do not need the excuse of pretending to be women because that will only degrade their machismo. Moreover, it is interesting to note that most cases of sexual assault happen in private in lieu of public spaces.

Sizing it up, it seems a bit of a stretch to think that trans women should be banned from using women’s restrooms because they are men who would go as far as wearing dresses, high heels, and makeup only to sexually assault women. I do not know about you, but it sounds petty and illogical to me.

So what is the point of saying this? First, I want you to know the appalling truth and realize how vulnerable transgender people are to suicide and violence simply for living their truths. Second, I want you to acknowledge that we all share the moral responsibility of allowing transgender people to use the public toilet that matches their gender identity, because this is part of protecting them from violence.

So for those cisgender women who feel uncomfortable by the presence of trans women in women’s public toilets, I am sorry to inform you that the safety and security of trans women are more important than your comfort. The TERFs (trans-exclusionary radical feminists) and transphobes might come for me for saying that, but shouldn’t human rights take precedence in this situation?

A number of people had already expressed their support for the construction of gender-neutral toilets in public spaces to provide a safe haven for transgender and gender nonconforming people. Why build toilets with different categories when our toilets at home are not even categorized according to gender identity? For me, building gender-neutral toilets while maintaining the heteronormative ones is not the best solution to the problem of where we should put transgender and gender nonconforming people in the binary categories of toilet segregation. This segregation should not even exist in the first place, because separating men and women in public spaces is sexism.

We should abolish this segregration and build instead a single gender-neutral toilet for everyone’s use. This would be a progressive step towards gender equality because this would (1) address the problem of space equity between men and women’s toilets, which is the cause of women waiting in longer toilet lines than men; (2) normalize gender as a non-binary concept and affirm that public spaces should not be gendered; and (3) provide the inclusion of people of all SOGIESCs (sexual orientation, gender identity, gender expression, and sex characteristics). Since this will not happen in the near future, it is only right that transgender people be entitled to use the toilet that matches their gender identity. (READ: EXPLAINER: What you need to know about SOGIE)

With all that being said, I stand in strong solidarity with Ms Gretchen Diaz! This issue may have divided Filipinos, but at the very least, I hope that we can all agree that the experience of Diez only demonstrated the urgent need for the passage of the SOGIE equality bill in the country. Her experience is a call for the LGBTQIA+ communities and our allies to be vigilant and proactive in advocating for the SOGIE equality bill because we LGBTQIA+ individuals do not need tolerance nor acceptance. We need our civil rights.

Hermie Monterde is a former Assistant Professor of Mathematics in UP Manila and a PhD Mathematics student in UP Diliman.