Sep 23, 2019 7:35 PM PHT
Pia Ranada
Facebook Twitter Copy URL
Copied
While use of refillables and package-free purchasing is becoming trendy among the wealthy, what do we do about the 'tingi' and sari-sari store culture among most Filipinos that contribute to plastic waste? 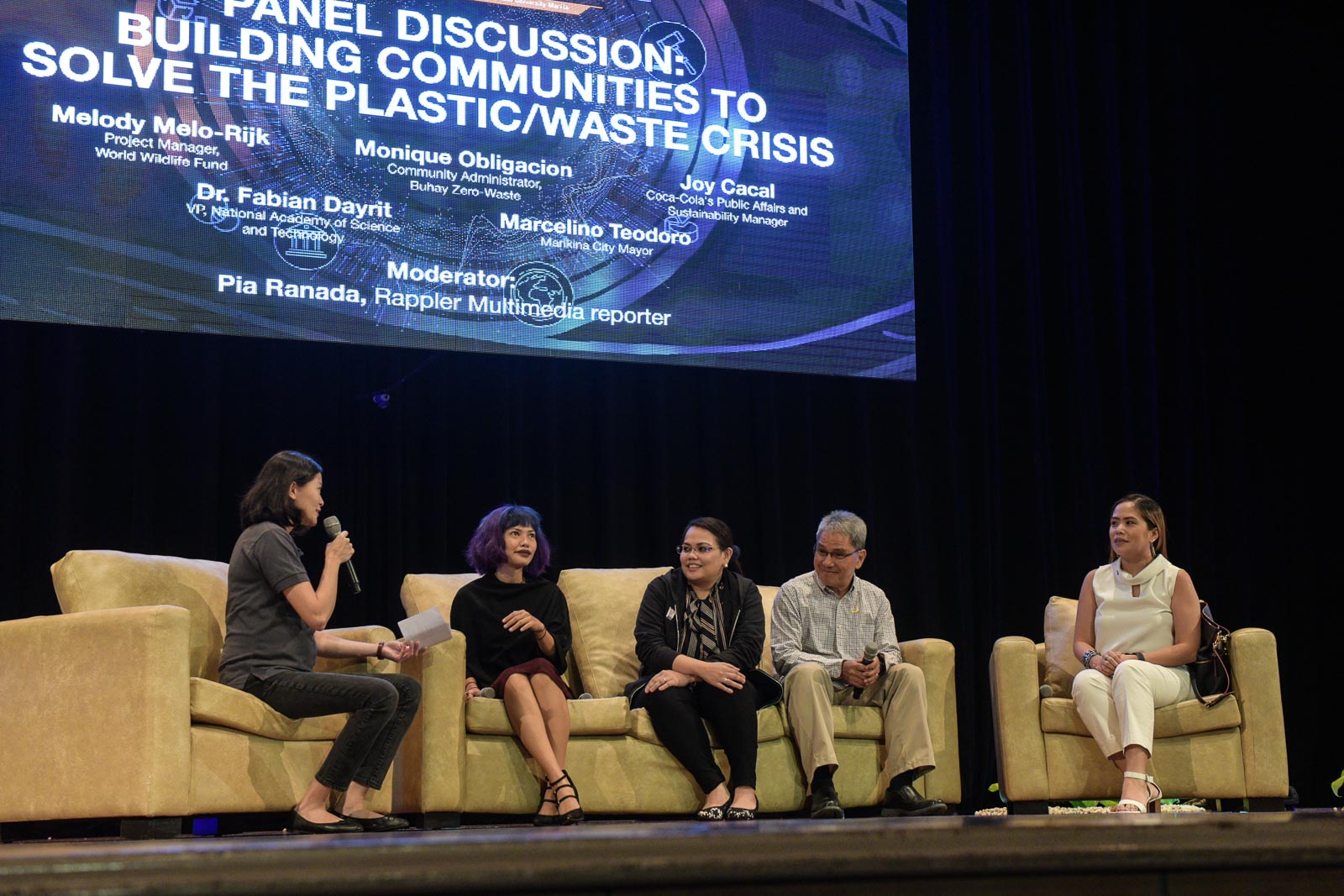 MANILA, Philippines – Government, industries, and individuals have to find ways to help poor Filipinos reduce their plastic waste, given the lifestyle and economic hardships that force many to use single-use plastics.

These were among the insights shared by a panel at the Social Good Summit held on Saturday, September 21, at De La Salle University. The panel – composed of an environmentalist, zero waste advocate, scientist, and corporate executive – discussed how communities could solve the waste management crisis.

Filipinos produce a lot of plastic waste. The Philippines was the 3rd largest contributor of plastics leaking into the ocean, according to a 2015 study by Ocean Conservancy and McKinsey Center for Business and Environment. (READ: INFOGRPAHIC: Plastic in our seas: Why you should care)

The average Filipino likely uses 591 pieces of sachets, 174 shopping bags, and 163 plastic labo bags every year, according to a 2019 study by the Global Alliance for Incinerator Alternatives (GAIA).

Aside from the Philippines being an archipelago populated by over 100 million, Filipino culture and consumer habits play a role in why the country produces so much ocean waste, particularly plastic, said National Academy of Science and Technology vice president Fabian Dayrit and Melody Melo-Rijk of Worldwide Fund for Nature (WWF) Philippines.

These consumer habits are exemplified by the ubiquitous “sari-sari store,” small stores that sell food, snacks, and hygiene products in tiny, single-use packages. 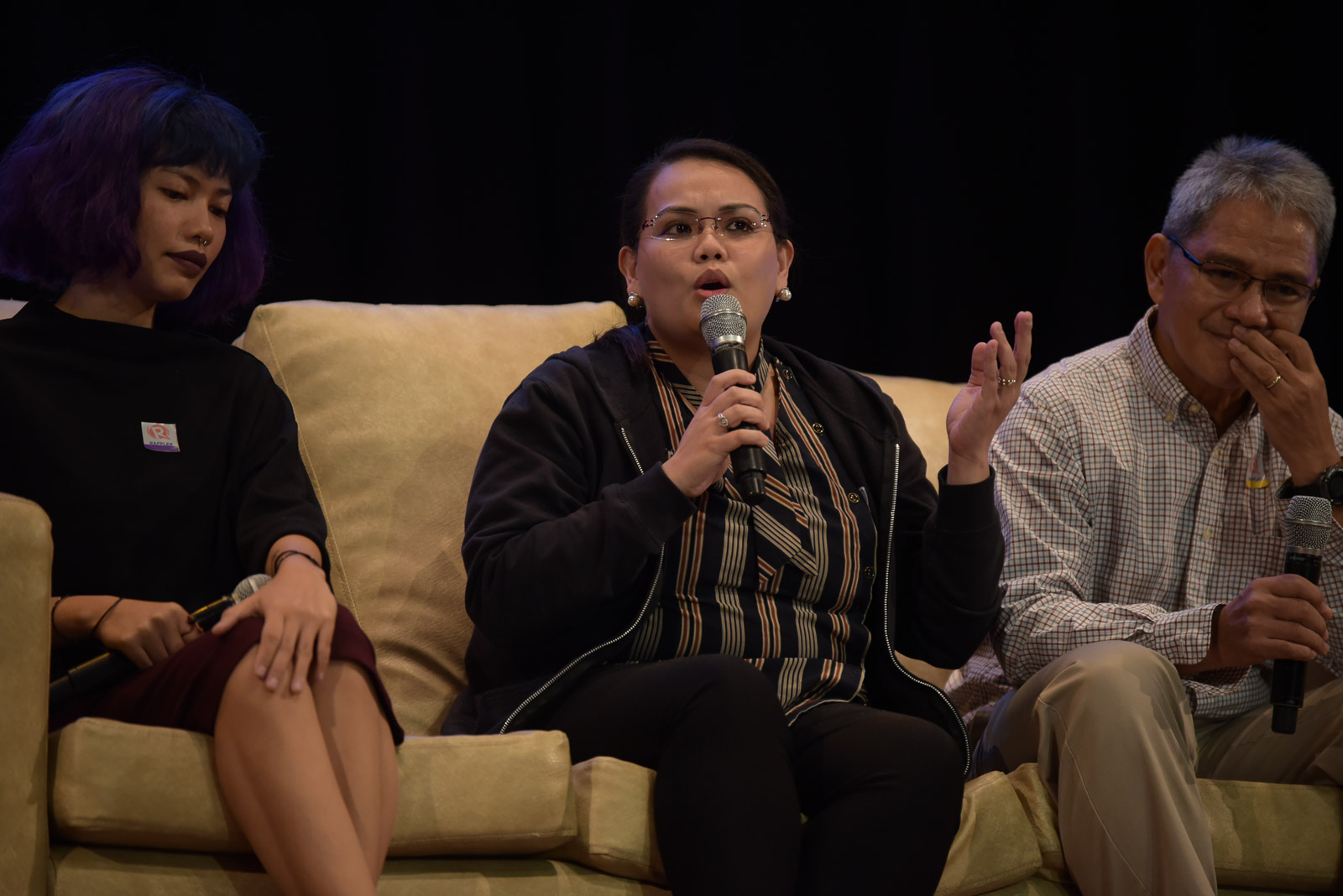 These stores are found everywhere in the Philippines, but especially in depressed areas where, for most Filipinos, things in small packages are all they can afford on a daily basis. This is the “tingi” (retail) culture, where Filipinos buy, for example, shampoos in sachets instead of big plastic bottles that can last a bit longer.

“If you’re going to try to attack this use of sachets, then you have to consider these sari-sari stores because the rich go to the supermarket, the poor go to the sari-sari store.  We really can’t solve the sachet issue unless we address [the fact that] it’s really a socioeconomic issue,” said Dayrit.

Melo-Rijk said the use of plastics is inevitable because of the convenience it affords.

“Especially in food handling and food safety issues, it is used often. But the main point here is, the plastic isn’t the one walking to the ocean. Theres a reason why it got there,” she said.

This is why WWF-Philippines advocates for “no plastics in nature by 2030.” One way to support this campaign, said Melo-Rijk, is to refuse single-use plastics.

One basic way for Filipinos to reduce their waste is to not buy anything that could end up as garbage. That means saying no to disposables as much as possible.

“We don’t just think downstream of our disposals. We also have to think upstream of our purchases. As long as I’m buying something plastic…it will still eventually turn into a pollutant. It will still leach chemicals into the ground,” said Monique Obligacion, one of the administrators of Buhay Zero Waste, a Facebook group now with some 40,000 members, dedicated to eliminating waste from their lifestyle. 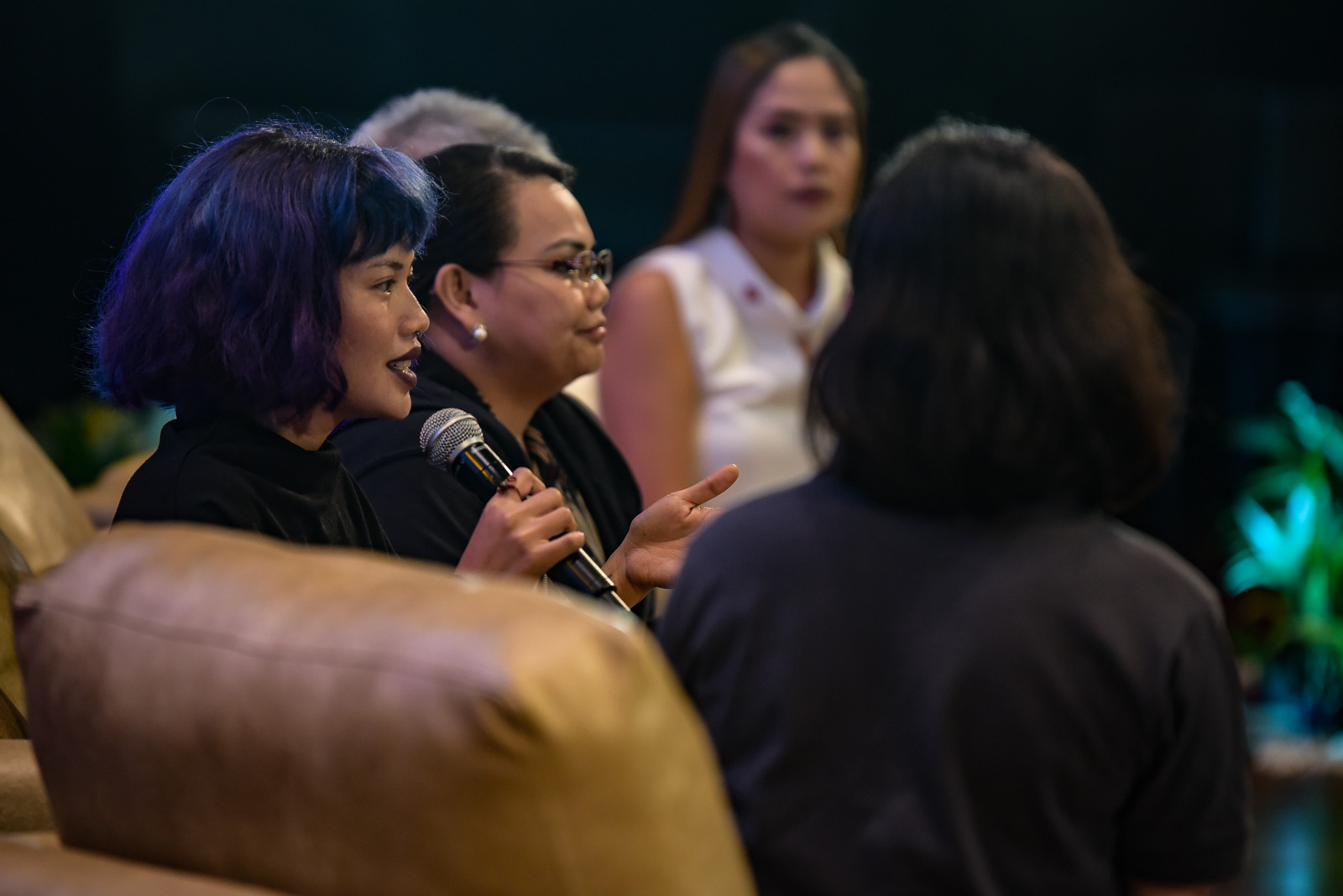 The group expands the 3Rs to 5Rs, including “refuse” and “rot” to the mainstream environmental slogan. One of their advocacies is to buy items package-free and use refillables instead.

For Dayrit, the challenge is to make even poor Filipinos buy into the use of refillables and refusing single-use plastics. Wealthier Filipinos will have no problem adjusting, with package-free markets even becoming trendy among them.

But low-income Filipinos often can’t afford what these markets sell or else don’t have access to them.

Solutions in industry and science

The most impactful solutions, said Dayrit, lie in the industries that make the products and the science that creates their packaging. 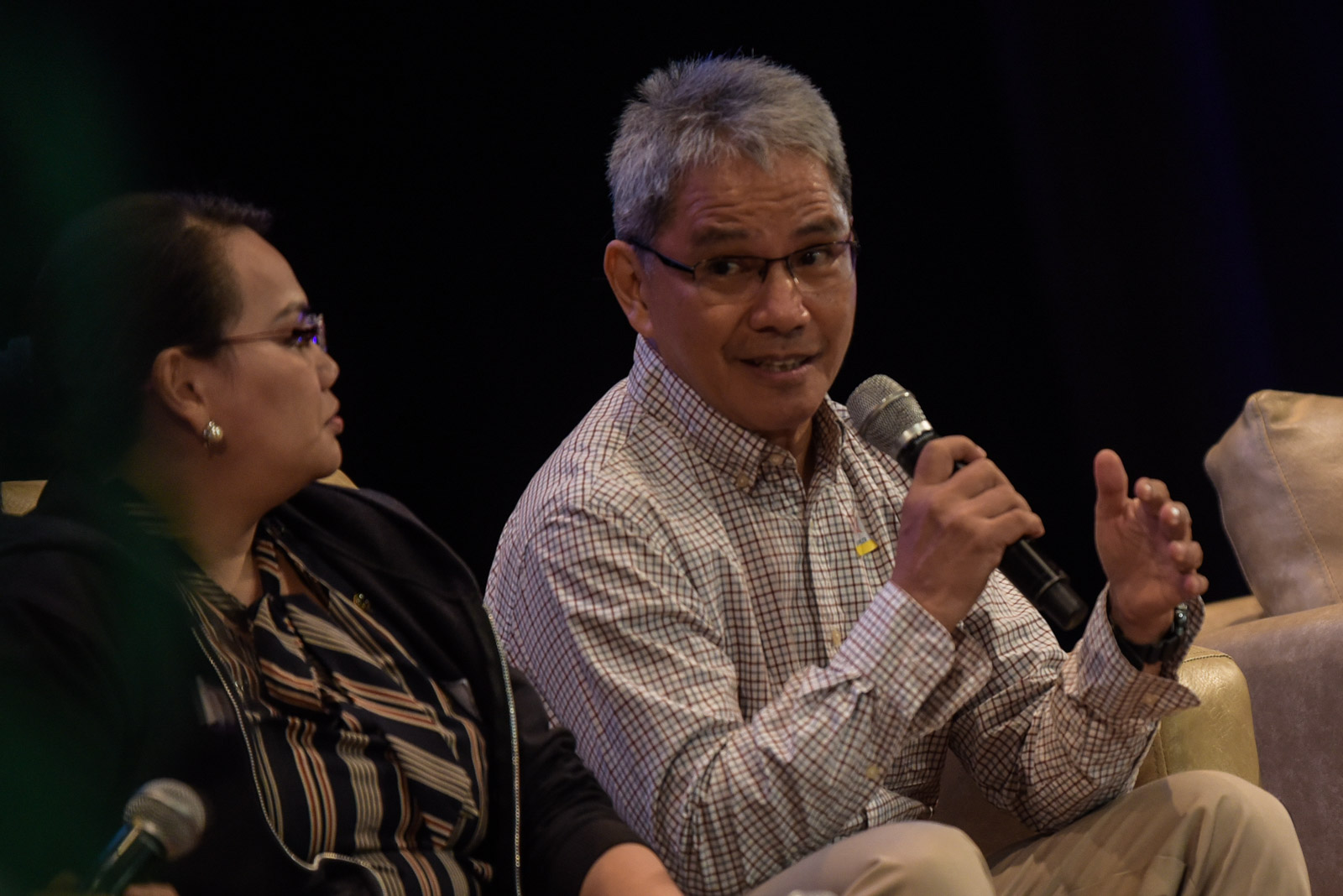 Scientists should create more packaging materials that possess the benefits of plastic but with none of its harmful impacts on the environment. Companies that use harmful plastics should adopt these kinds of materials in their production line instead.

Joy Munsayac Cacal, sustainability manager of Coca-Cola Philippines, shared one way her company has taken on this responsibility.

“At Coca-Cola Philippines, all of our packaging are 100% recyclable from plastic, glass, aluminum that we use,” she said.

Coca-Cola also announced a P1-billion investment to put up a facility to clean and recycle all its used PET (polyethylene terephthalate) bottles. 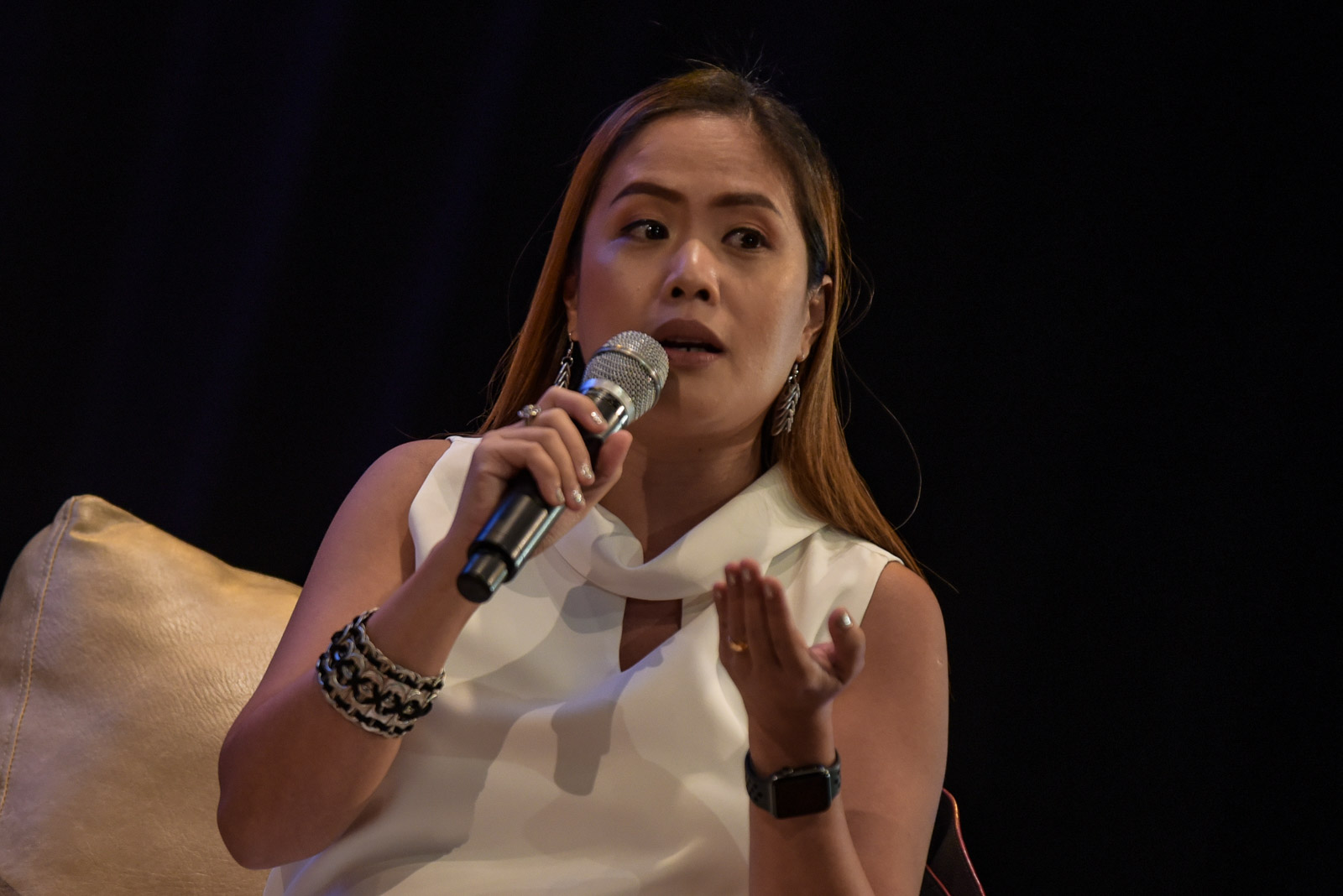 It’s part of a goal to collect all their products’ bottles for recycling by 2030, which Cacal said involves some 117 billion bottles.

“The objective is to collect all of that so we can say we are packaging neutral. We recycled it. We turned it into a bottle again,” she said.

Dayrit hoped other companies in the beverage sector would do the same. – Rappler.com