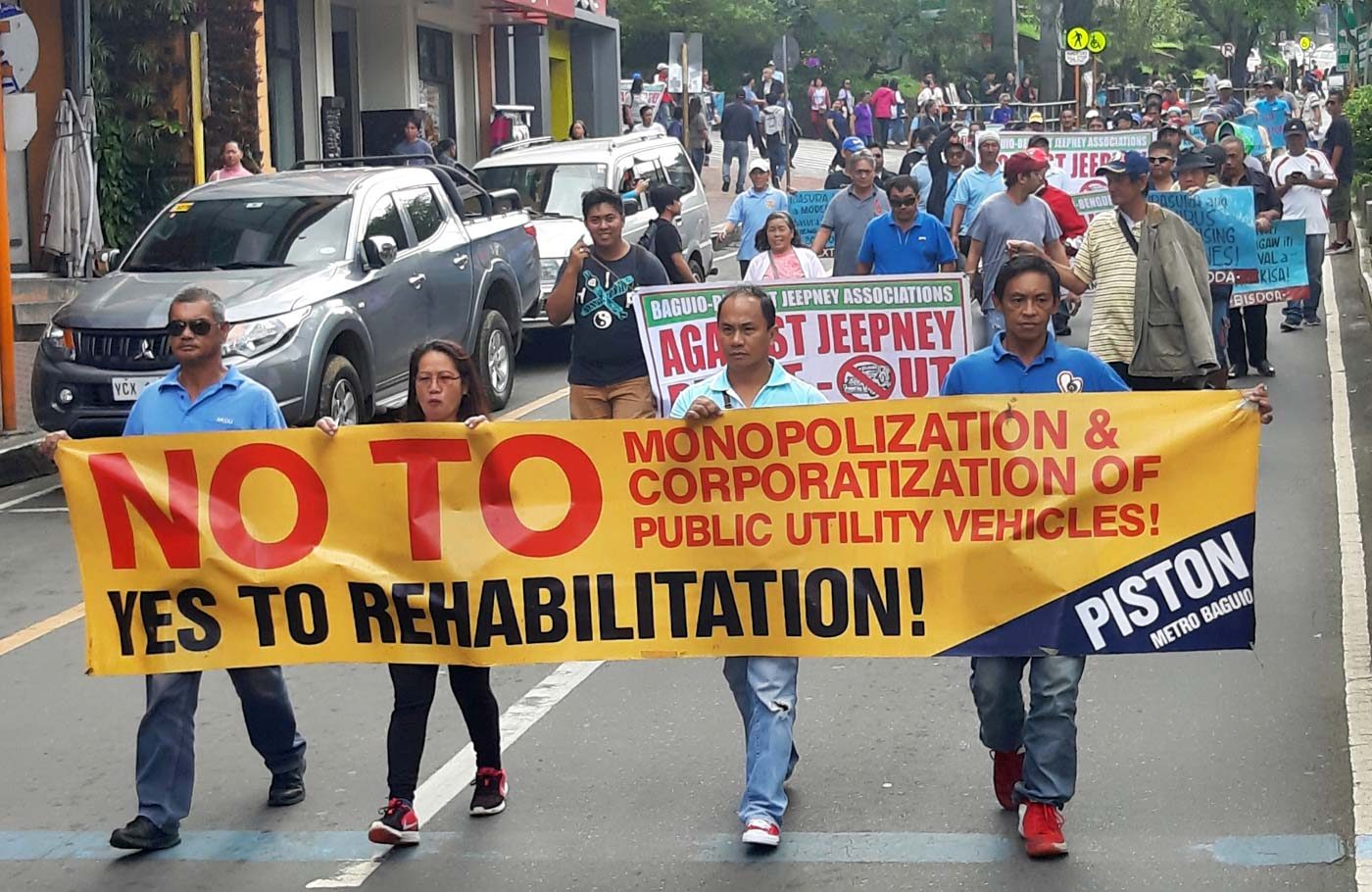 MANILA, Philippines – Instead of holding onto their steering wheels, hundreds of jeepney drivers nationwide held up banners and joined the transport strike on Monday, September 30, to renew their call to junk the implementation of the Public Utility Vehicles (PUV) modernization program.

The protest was led by transport groups Pinagkaisang Samahan ng mga Tsuper at Operators Nationwide (Piston) and Alliance of Concerned Transport Organization. Organizations like Gabriela, Anakbayan, and Kilusan ng Manggagawang Kababaihan, among others, also joined in the protest.

Since the modernization plan was first introduced in 2017, Piston and other transport groups have maintained their stance that rehabilitating public utility vehicles would be more cost-effective than replacing them.

According to Piston national president Mody Floranda, the modernization program will only cause loss of livelihood to around 174,000 small-time operators and 600,000 jeepney drivers.

The Department of Transportation had questioned Piston’s motives in the past, saying that the group disengaged with the government and refused to hold a dialogue with them after the PUV modernization program had taken shape.

Students from the University of the Philippines Los Baños (UPLB) also joined the protest to show solidarity to the jeepney drivers and operators.

“This program claims to modernize our jeepneys, but at the expense of the ordinary Filipino who commutes every day. The franchising guidelines state that only modernized jeepneys will be allowed to obtain a franchise, but will cost millions of pesos to operate a jeepney,” the Center for Nationalist Studies-UPLB said.

Here are other photos from the nationwide transport strike: 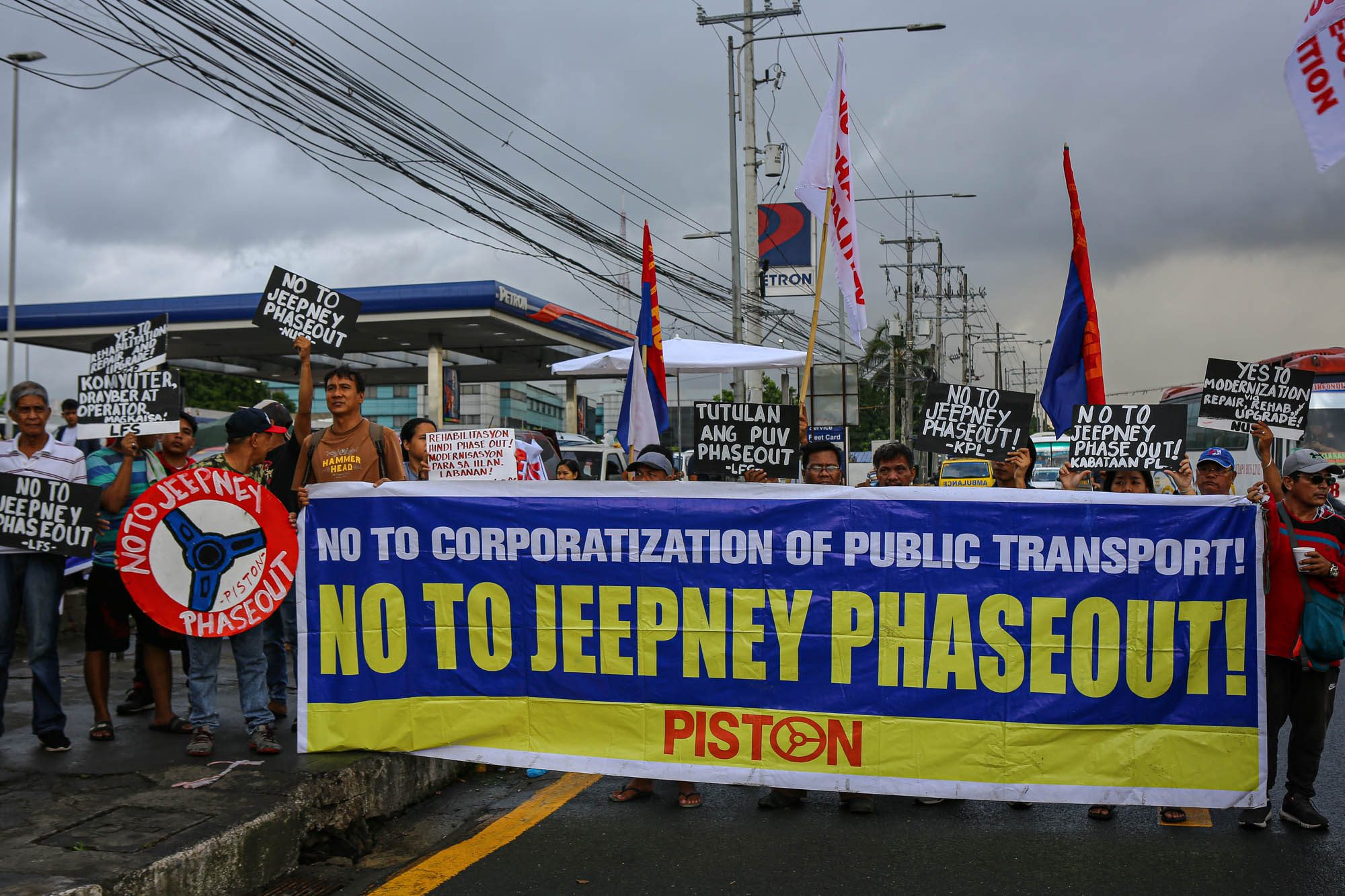