Nov 28, 2019 3:08 PM PHT
Trudy Gine Amoranto
Facebook Twitter Copy URL
Copied
We do not need to establish our country’s reputation as a premier sports destination; what we need is to develop, sustain, and highlight more Filipino sports heroes on the international and professional level 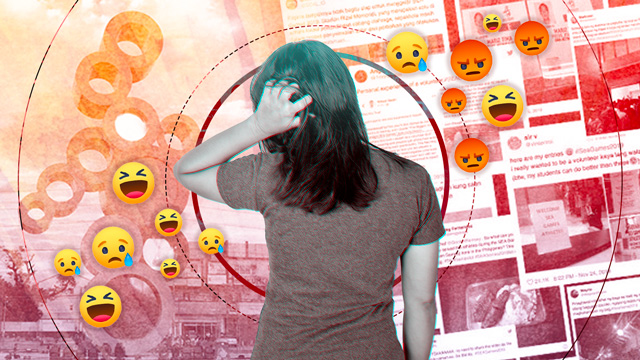 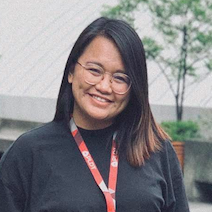 This is the fourth time that the Southeast Asian Games (SEA Games) will be held in the Philippines. The last time was in 2005, where we won overall – the first and last time the Philippines won the most medals in any SEA Games.

Who decides on the host country? The SEA Games is under the regulation of the Southeast Asian Games Federation (SEAGF), as well as the supervision of the International Olympic Committee and the Olympic Council of Asia. Hosting duties are rotated among the SEAFG-member countries. The assignment to host happens years before the games, so the assigned host country can accept or decline it.

Brunei was supposed to host the games this year, but it declined. They admitted they didn’t have enough sports facilities and accommodations, and that their athletes were not prepared enough – which is not surprising because Brunei is one of the least performing countries in the SEA Games (next to East Timor and Cambodia), and only hosted the games once in 1999. (READ: Too hot to handle)

So, the Philippines agreed to step in to host this year, under the management of the Philippine SEA Games Organizing Committee or PHISGOC.

Should we have stepped in? Did we really have the capacity to host the SEA Games?

Before I give my unsolicited opinion on this, please know that I am in no way connected to a political party/agenda and in no way getting paid for this. I am just an ordinary Filipino citizen who happens to be a former junior national athlete.

First off, the approved budget allocation for the 2019 SEA Games is P7.5 billion pesos in estimate – P6 billion from the Philippine government and the remaining amount from PHISGOC.

Sure, hosting sports events are often seen as a potential source of economic regeneration since it increases tourism, but it is also proven to bring economic burdens on a country, especially because of the infrastructure demands.

I personally find the decision to be impractical. That P7.5 billion – setting assumptions of corruption aside – could have been spent on the more important developmental needs of the country. Or in the sporting context – again, setting assumptions of corruption aside – that P7.5 billion can already offer a lot of Filipino athletes and even coaches opportunities for international training and competition exposure. (READ: Filipina Olympians support athletes’ maternity leave bill)

Why host a sporting event which is predominantly won by two countries (Thailand and Indonesia) if we can invest in the foundational and developmental aspects of athletes – with the goal of winning competitions in the international arena and thus giving Filipino athletes more opportunities for international college scholarships and higher athletic salaries? (READ: How PH fared in last 5 SEA Games)

To maximize the value of sports as an enabler of sustainable development, we do not need to establish our country’s reputation as a premier sports destination; what we need is to develop, sustain, and highlight more Filipino sports heroes on the international and professional level.

I am sure you have heard and read about the SEA Games blunders – athlete grievances, the kikiam breakfast, the unfinished game venues, hideous conference venues, athletes sleeping on the floor, inefficient airport pick-up coordination, the ridiculous logo and mascot, Lea Salonga backing out, the P50-million cauldron, the alleged slashing of funds, the foreign press reporting our hosting mess, the logistical blunders likened to the failed Fyre Festival, and inefficient media accreditation. True or fake, with or without paid political propaganda, they were just all over the place!

The reported fiascos opened doors for the proliferation of hateful and extreme speech, and may have overshadowed good intentions, efforts, and preparations. I personally think that the intrigues and disasters – given that there is high reluctance to fact-check social media posts today and high chances of clickbait to exploit our curiosity to gain attention – really got people hooked! This can be both good (the event is being talked about) and bad (the Philippines’ reputation as a host country is being bashed). (READ: The devil’s in the details: 10 logistical blunders at SEA Games 2019)

But even with all the chaos and mishaps, I think that public attention should now shift from who is to blame to who is competing: the athletes who trained, prepared, and sacrificed a lot of things (along with their coaches and teams) to represent their countries well. (READ: Prioritize athletes so they don’t get pirated, LGUs told)

Representing your country is no joke, especially if you are playing in your home country, so I personally think that instead of clicking/reading/sharing news about how horrible the management of this year’s SEA Games is, we should click/learn/share more about the game updates, status of medal tallies, who the players are, how they prepared, and their game schedules, so we can all know and be more supportive of them.

In this world of clickbait, greed, and online hate, let’s be a little kinder.

Let’s continue to pray and cheer for the athletes and delegates of the 30th Southeast Asian Games! – Rappler.com

Trudy Gine Amoranto is a former member of the  Philippine National Junior Lawn Tennis Team. She competed in the International Tennis Federation (ITF) Juniors Division and also played for the De La Salle University lawn tennis team.  She is currently a Masters in Communication student at the University of the Philippines.