[OPINION] The Filipino farmer is not a dying breed 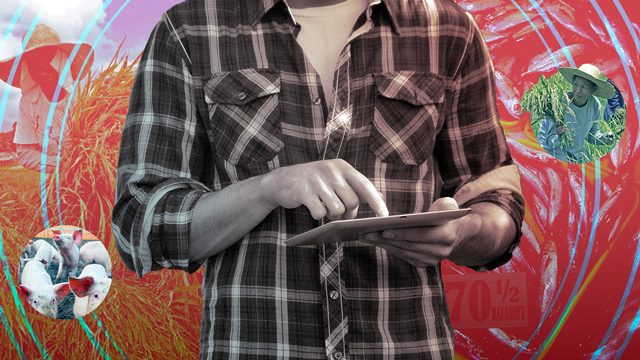 Facebook Twitter Copy URL
Copied
People are now paying attention to how we grow our food, and the youth may capitalize on this movement When asked why he became a farmer, Armando delos Santos, 25, of Barangay Bonifacio, Angadanan, Isabela, recalled his struggles as a child of a farmer. He had once decided to find a job in Metro Manila as an electrician because he only graduated from a technical-vocational course. Finding no luck, and with his father bedridden because of illness, he returned home to tend to the family land.

Without proper knowledge and training, it was fortunate that the Municipal Agriculture Office of Angadanan was organizing 4-H Clubs within the area. Armando joined, and what seemed to be last-minute participation turned out to be a life-changing choice.

He is now rehabilitating their once-forested 3.5-hectare land which was cleared by loggers. He now manages an integrated and diversified farm where rice, corn, and vegetables thrive abundantly despite the difficult terrain. He also plants fruit trees to save his soil from erosion. In 2014, he was one of the lucky young farmers who passed the rigorous selection process for an 11-month training program in Japan on agricultural practices and technologies.

His opportunity was there all along, he said. What he only needed was the right mindset.

Meanwhile, Junie Awa, 24, of Barangay Malapong, Buenavista, Agusan del Norte, did not have land to begin with, nor did his family have the capital to buy some. He was also not able to go to college. Until now, he is a tenant on a piece of land on top of a knoll, but his sitaw (string beans), cucumber, and ampalaya (bitter gourd) bring him at least P100,000 pesos in income per cropping cycle. This is despite the difficult water and erratic weather in his locality. (READ: What if our farmers give up on us?)

With great motivation, Junie sought help and was able to join the local 4-H Club. There, he was exposed to training not only in agricultural technologies but also in personality development. Just like Armando, he qualified for an 11-month training program in Japan last 2016.

Today, while continuing to develop his farm into a farm tourism site, he juggles his time being an SK Chairman, doing talks and lectures, and encouraging other youth to engage in agriculture. He also plans on buying his own land.

Compared to Armando and Junie, Nomer Mortega, 24, of Barangay Caditaan, Magallanes, Sorsogon had the land and the sea. His farm is located near the shoreline, and this location brought him both promises and challenges. Because of the rich seawater, he was able to establish ponds for fish, shrimp, and mud crab production. He planted vegetables in containers and sacks because the high tide tends to flood his garden area, and seawater is not good for the plants. He was also able to maximize his backyard by generating income from the coconut and fruit trees that were planted there.

Unlike the first two farmers, Nomer graduated from college, but he still chose to farm because he believes he is the solution to the dying farmer population. He uses his knowledge as a teacher to educate the children in his community about the importance of farming. He dreams of developing his farm as a tourism destination and at the same time as a learning site for those who want to learn and appreciate farming as a profitable enterprise.  (READ: Albay couple turns unproductive riceland into bustling agritourism farm)

Armando, Junie, and Nomer are just some of the testaments that the Filipino farmer is not a dying breed. They are the Top 3 finalists at the 2019 Gawad Saka Search for Outstanding Young Farmer/Fisherfolk organized by the Department of Agriculture. Their triumph not only demonstrates the hard work and dedication that they committed, but also the reality of what young people have to endure in order to succeed.

For these 3 farmers, certain perceptions about farming should be instilled in the youth. These are:

There is money in agriculture

Young people are compelled to choose other professions because they think there is no money in agriculture. Agriculture is the backbone of the economy. Profit can be generated in every aspect of the value chain and with the right attitude, they can explore business possibilities in this enterprise. (READ: What you can do to help Filipino rice farmers)

Farming is NOT a poor man’s job

The farm business is not exclusive to production alone. Farming can be extended into several enterprises such as farm tourism, learning sites, and farm schools. Young farmers should be educated and trained on how to manage their farm as a business. Key topics that they need are farm record-keeping and financial management. (READ: Making farming work in the big city)

Agriculture is a glamorous profession

With the growing demand for more safe, nutritious, available, and affordable food, more and more people recognize the importance of agriculture. More people are willing to pay higher prices to avail of organically-grown food products. This means that people are paying attention to how we grow our food. The youth may capitalize on this movement. That is why there are certain organizations like the 4-H Clubs of the Philippines that help young people develop their knowledge, skills, and attitude to become empowered young farmers of the country. (READ: Farmers are business partners in this zero-waste café)

Encouraging young people to engage in agriculture is a challenging task. Many factors play vital roles in this endeavor. Political will, lack of compensation to agricultural extension workers, and a general negative outlook towards farming are just some of the challenges that need to be overcome. But as long as there are young people like Armando, Junie, and Nomer, who use their knowledge, skills, and attitude to influence others to go back to farming, one thing is certain: the Filipino farmer is not a dying breed. – Rappler.com

Larry Illich N. Souribio is a licensed professional teacher but currently works as a training specialist at the Agricultural Training Institute, Quezon City.