[OPINION] Running to stand still: On U2 fans and the war on drugs 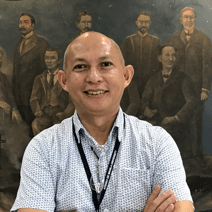 (I do think those addicts need to be killed. At our house, though, my mom and dad don’t agree with the killings. They’ve probably been brainwashed by the media.)

It was 1 am, and I was attempting to sleep away the post-U2 concert traffic jam at the Philippine Arena. A pair of fellow concertgoers parked next to our car, however, were talking quite loudly.

(You know, you’re right. Things have really gotten bad, especially in our province. If they’re not killed, we’ll get killed.)

As I tried to go back to sleep, I wondered if they really were U2 fans. Didn’t they know that the band they had just listened to has been exhorting its fans to sign up with Amnesty International and Greenpeace for decades? Didn’t they know that this band draws inspiration from active non-violence icons like Martin Luther King, Nelson Mandela, and Mahatma Gandhi? More to the point, didn’t they know that many of U2’s socio-political songs espouse empathy, mercy, and compassion? (READ: U2 dedicates ‘Ultraviolet’ to Maria Ressa, PH women)

Their song “Running to Stand Still” is a case in point. The  phrase “running to stand still” originally came to U2 frontman Bono when he asked about his brother’s business, which was in dire straits in the 80s. Bono then used it to describe the tragic desperation of people who are addicted to heroin.

In Bono’s words, “There was a couple living there (i.e. the Seven Towers housing project referenced in the song), both of whom were junkies. The guy used to pay for his habit by doing what was known as a run to Amsterdam, where he would pick up the heroin and strap it to his body and bring it back. If he was stopped, he would go to jail for 10 years but if he made it, he’d be able to afford his and his wife’s habit…They used to do it by boat, these all-or-nothing runs. The tragedy is he was a decent man at the heart of it, made a slave to his drug of choice.” (READ: U2’s Bono to Duterte: ‘You can’t compromise on human rights’)

Why do people get addicted to drugs? The physician Gabor Mate, who has conducted extensive research on addiction for decades, points to emotional pain as the root cause of the problem. Mate asserts that addictions “can all be traced to a painful experience. A hurt is at the center of all addictive behaviors…the wound may not be as deep and the ache not as excruciating, and it may even be entirely hidden – but it’s there.”

At the macro level, the sociologist and philosopher Jurgen Habermas traces contemporary crises like drug addiction to the complexity brought about by what he calls the colonization of  the lifeworld (i.e., our everyday life.) This happens when rules that originally apply to the state and the economy are extended to the lifeworld. Hence, when love and friendship  are treated like commodities and are purchased rather than given freely, we risk the occurrence of countless types of aberrations like addiction and other crises of social integration. Put another way, try fueling a diesel engine with unleaded gasoline.

Whether we view the ongoing war on drugs from the lens of U2, Mate, or Habermas, clearly, killing drug addicts is tantamount to running to stand still. The body count and the number of buy-bust operations may continue to go up, but we would be nowhere near the solution if we confine the KPIs (Key Performance Indicators) of the war on drugs to the number of suspects killed and the number of buy-bust operations completed. (READ: ‘1 over 100’: Robredo calls Duterte’s drug war a ‘failure’)

As we start 2020, my new year’s wish for our government is for it to adopt an inverted understanding of running to stand still. In place of the illusory act of moving forward by keeping score of drug-related arrests and killings, may it embrace this phrase as an invitation to stand still and make time to reflect, discuss, and deliberate with those who hold contrarian views. (READ: Colombian ex-president to Duterte: Force won’t solve drug war)

Better yet, drawing inspiration from the premium that the political theorist Hannah Arendt assigns to the vita activa (i.e. the active life or the activity of discussing issues that concern the community with the community) as a fulcrum for the vita contemplativa  (i.e. the contemplative life or the activity of solitude and reflection), may government efforts to wage war on drugs discard the final solution of violence in favor of a communal inquiry that is powered by the unforce force of the better argument.

I believe that despite the proliferation of trolls and fake news, this communal inquiry is innate in the Filipino. After all, as my philosophy teacher once put it, in the word “katotohanan” (truth) are 3 instructive terms:  “katoto” (friend), “toto” (the abbreviated form of “totoo” which means true) and “hanan” (a pun on “nahan” which means where). In other words, to find the true solution to any problem, one must engage in dialogue rather than in monologue. (READ: UN expert in PH: Punitive measures worsen drug problem)

If this should come to pass, perhaps in the not too distant future you and I might eventually overhear the following instead: “Talagang ‘di pagpatay sa mga adik ang sagot sa problema ng droga. Tulungan natin ang media at ang gobyerno para sugpuin ang sanhi nito sa pamamagitan ng repleksyon at deliberasyon.”

(Killing addicts really isn’t the solution to the drug problem. Let’s help the media and the government to stem the cause of the problem through reflection and deliberation.) – Rappler.com

Von Katindoy has been a U2 fan since the 80s. He teaches philosophy at Ateneo De Manila University and does project management work for UBQTY, Inc.