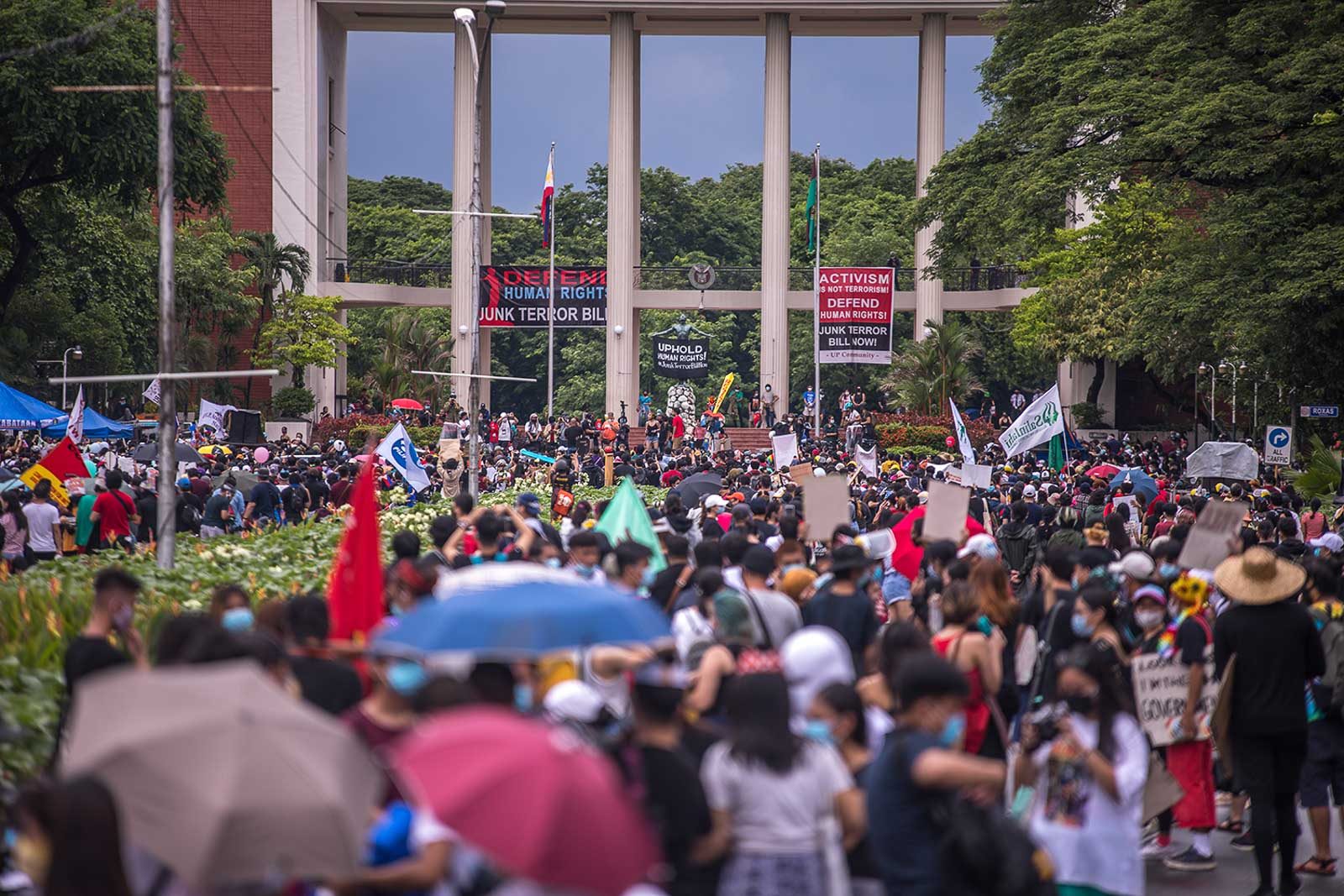 “Despite the opposition from a broad array of sectors, it is clear that Duterte doesn’t listen to the Filipino people,” said Student Christian Movement Spokesperson Kej Andres during the impromptu online protest.  (READ: ‘The demise of democracy’: Filipinos denounce signing of anti-terror law)

During the protest, youth groups stressed that the anti-terrorism law is a misplaced priority of “a country being ravaged by a pandemic,” adding that the administration must exert its efforts on uplifting the lives of marginalized groups instead. (READ: House of terror: How the lower chamber let slip a ‘killer’ bill)

(The youth want the anti-terror law junked, especially in the middle of a pandemic when the priority should be on boosting public health and livelihood, and defending our sovereignty.)

The fight is not over for youth groups, who affirmed their commitment to exhaust all avenues to challenge the law all the way to the Supreme Court. (READ: ‘We will not be silenced’: Campus press denounce signing of anti-terror law)

“Kakalampagin natin ang Korte Suprema. Lalaban ulit tayo sa Kongreso. Muli nating aangkinin ang parliyamento ng lansangan (We will ask the Supreme Court. We will fight in Congress. Once again, we will own the parliament of the streets),” said Katapat Spokesperson Bryan Gonzales.

At least two groups have expressed their intent to file petitions before the Supreme Court to challenge the anti-terror law – one led by the National Union of People’s Lawyers and one to be joined by former senior associate justice Antonio Carpio. ([ANALYSIS] The Anti-Terror Act is worse than Martial Law)

Here are statements of youth groups condemning the signing of the controversial law: