Remember the pain of the Killing Fields 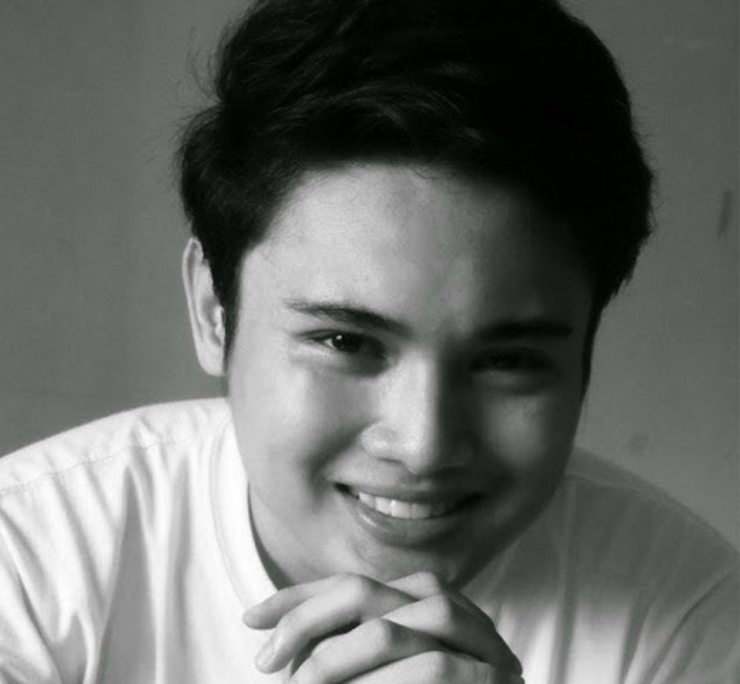 “You going where? Killing Field? I take you.”

This is the third time a Tuktuk (Tricycle equivalent in the Philippines) driver asked me while I was strolling around Phnom Penh, the capital of Cambodia. I just smiled and thanked them again, this time with a more measured tone but still with a smile.

Why are the Killing Fields the primary place Tuktuk Drivers would want to take tourists?

Cambodia’s killing fields serve as a physical reminder of the dark period in its history. The country’s dictator at that time, Pol Pot, presided over the murder of reportedly more than three million of his own people.

I’ve read about it in history books but I did not fully realize its meaning until I took this trip.

I was in Cambodia to attend a training of UNESCO Youth Peace Ambassadors. Being friendly with my Cambodian counterparts was easy as they’re sweet and smiling people. I did not find a trace of the atrocity that happened to them as a people until  they shared their stories. 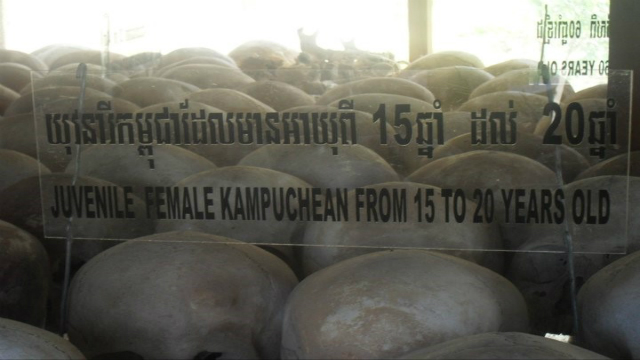 My friends said they were directly affected by the genocide. Almost all of them have at least one close kin who was either tortured or killed during that period.

In one of our lectures during the workshop we were asked, “What peace is for us?” I can quote a lot of great leaders to answer but a feeling within me made me question myself, is peace really personal to me?

The killing tree and the magic tree 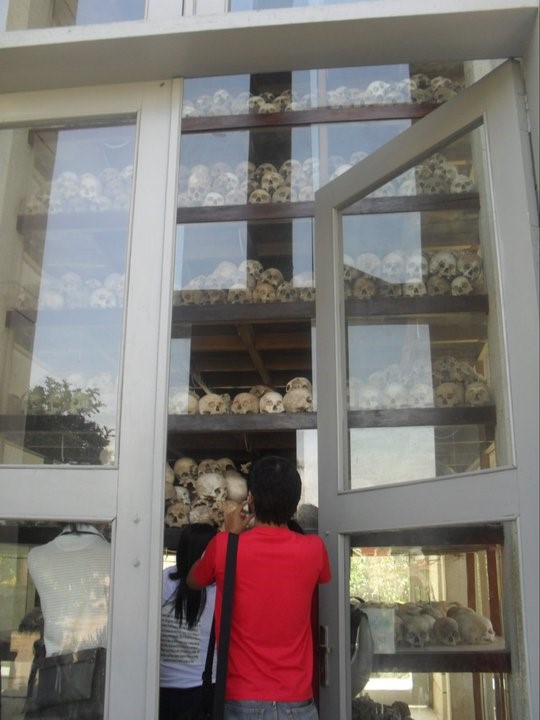 As much as we wanted to feel excited, the soberness of the history of the places we visited immediately gripped us.

As we entered the Choeung Ek Killing field, a big tower called a stupa greeted us. The tower is well known for being composed of more than 5,000 human skulls, allegedly arranged according to the age of the victims.

One cannot help but imagine how these people faced their deaths. The sight was gruesome as many were shattered – even the young skulls.

The whole field is like the moon, littered with craters which used to be mass graves. On one part, a tree called The Killing Tree stands. According to a sign beside it, the location was where children were beaten to death. On the other end was the Magic Tree where large speakers were once mounted and used to mask the wails of the victims.

The Tuol Sleng Genocide Museum used to be a school before it was turned into a concentration camp by the cruel regime. The prisoners of the camp were mostly educated or related to someone who was educated.

Person after person, family after family were processed in this place before being sent to their deaths. It is in this camp where they were physical and psychological tortured to extract information. Smudges of blood are still visible on the floors and walls of the buildings. 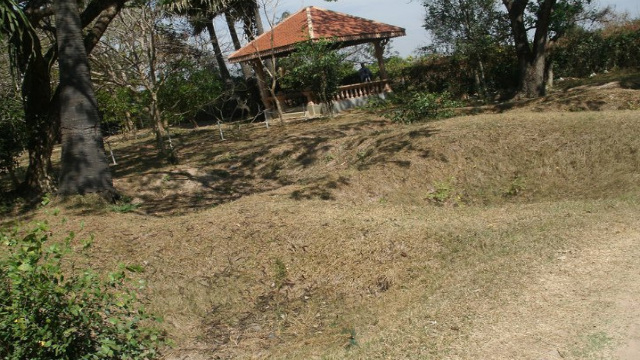 On the walls are pictures of the unfortunate victims with their corresponding numbers. These images were taken for “documentation purposes,” making this atrocity mankind’s most documented genocide.

The Khmer Rouge’s wanted to impose a “classless society” in Cambodia where everyone lives in “harmony.” A real technical “prehistoric communism” as some put it. This justified systematic elimination of the educated class as the Khmer Rouge administrators thought they were the ones who will most likely hinder the full implementation of this ideology. This idea led to the murder of millions of men, women and children.

“We want the world to see, feel and remember our pain…”

I asked one of my Cambodian friends before I left for the Philippines why Tuktuk drivers insist on taking tourists to the Killing Fields.

“Because they want the world to see, feel and remember our pain and be afraid to repeat the same mistakes again,” she answered.

The reality of what happened was just too great that it pushed me to see the reality of man’s tendency and capability of destroying his own kind. 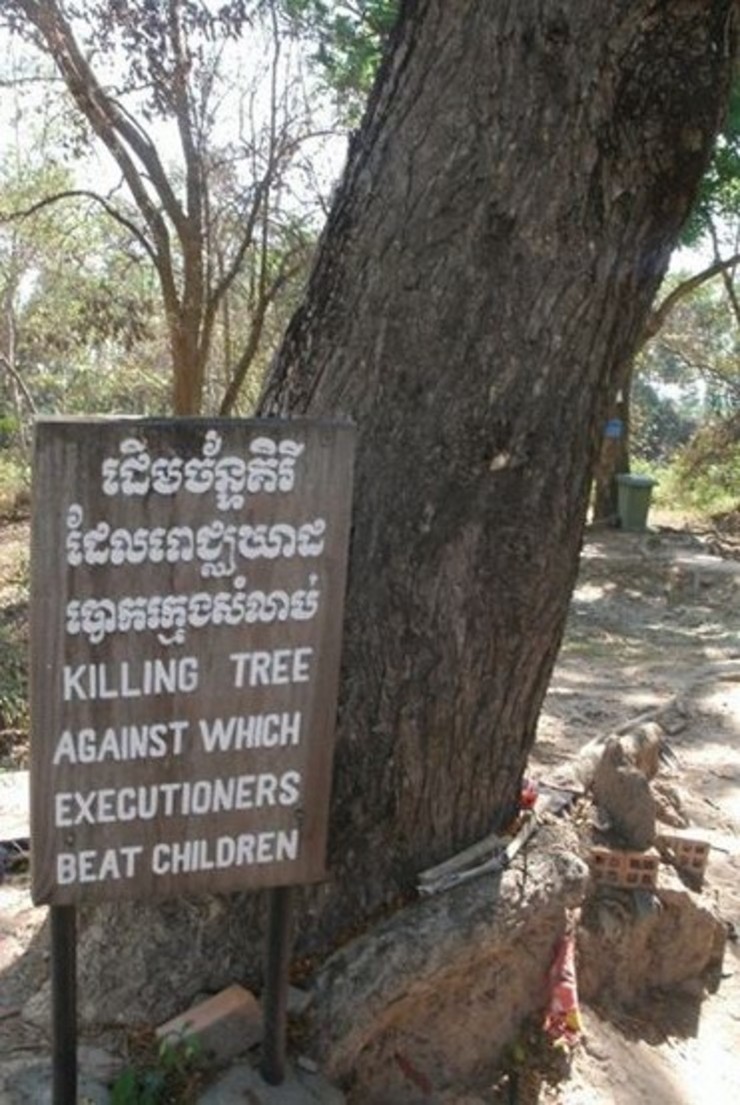 These are the lessons of history that should help mold the future so it won’t happen again.

Everyone has their own sense of morality. It is not my purpose to put a fence on morality but to expound that whatever your morals are, whatever your religion is. We may have put some ills in the world, we also have our part in correcting them.

If we get the common denominator amongst the ideals of each of the mentioned groups, it all boils down to having to choose between to give and to get. It is ideal to always choose to give.

Documents, treaties and dialogues will never be enough, though many they are. The real battle is within the bounds of the human mind and heart, that the seeds of peace be forged in it and be converted into deeds. As Ramsay MacDonald once said, “We shall never be able to effect physical disarmament until we have succeeded in effecting moral disarmament.”

I believe that human character, though not tangible, is moldable. To change it overnight is impossible. It can be guided accordingly towards the right path through the right and adequate education.

Aunell Ross Angcos is a project officer at the EDSA People Power Commission and a UNESCO Youth Peace Ambassador .