‘Last leg’ before K to 12: DepEd gets highest budget 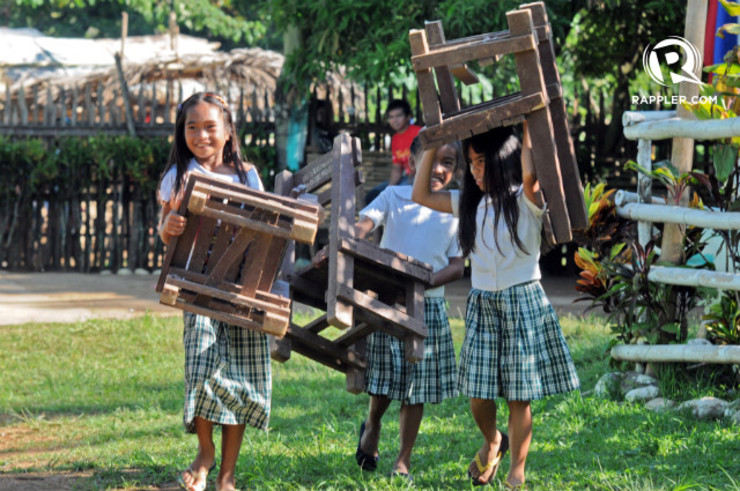 MANILA, Philippines – As the government’s K to 12 program enters its “last leg,” Senator President Pro-Tempore Ralph Recto said its full implementation will require huge investments, and this is what the government is doing.

The Department of Education (DepEd) budget, the biggest under the proposed 2015 National Expenditure Program, will also fund crucial initiatives, like buying lots for schools, implementing a feeding program, hiring more teachers, providing a million scholarships, and reaching out to out-of-school youth.

Recto said the government’s education spending is “a combination of catching up with existing backlogs and frontloading for future needs.”

“Previous budgets were downpayments. The 2015 budget is a continuation of the installment plan,” he added.

DepEd’s budget – the biggest under the proposed 2015 National Expenditure Program – still allocated money to fund the basic necessities in education, now that student population in public schools is already at 20.9 million:

About P200 million ($4.55 million) will go to the purchase of school lots where DepEd can build more classrooms.

Recto said 36,328 elementary schools “do not have a decent science laboratory.” About 7,733 science and math laboratory equipment packages (P4 billion or $90.97 million) will also be purchased under the 2015 budget.

The budget will also fund a feeding program for undernourished children, and the Abot-Alam Program, a 3-year initiative to reach millions of out-of-school youth in the country.

“We are adding a budget for nutrition to reach severely wasted and wasted children: 630,000 students in public schools for close to P1.4 billion ($31.85 million),” Education Secretary Armin Luistro said last Monday, September 8, during his department’s budget hearing at the House of Representatives.

Meanwhile, the Government Assistance to Students and Teachers in Private Education (GASTPE) program will get P8.4 billion ($191 million) for one million scholars. These are graduates of public elementary schools who pursued their secondary education in private schools.

The department recently completed the senior high school curriculum which will be implemented nationwide starting 2016. – Rappler.com