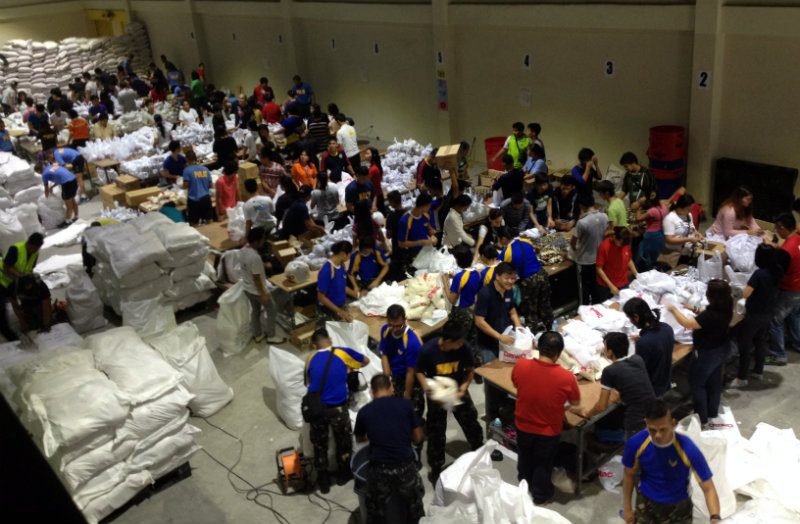 MANILA, Philippines – Robert Pelayo, 20, hasn’t heard from his family in Masbate in 3 days since Ruby crossed the town of Cataingan on Sunday, December 7.

Although worried about them, Pelayo was determined not to sit idly by. He volunteered to help pack relief goods at the Department of Social Welfare and Development National Resource Operations Center (DSWD NROC) on Tuesday, December 7.

Pelayo is just one of the more than 1,000 volunteers mobilized by the DSWD for the government’s main relief program, which was launched on Thursday, December 4.

Dubbed as the “longest-staying typhoon,” Ruby first made landfall in Dolores, Eastern Samar, on Saturday, December 6. It was downgraded to a tropical depression on Tuesday and is expected to leave the Philippine area of responsibility on Thursday, December 11. 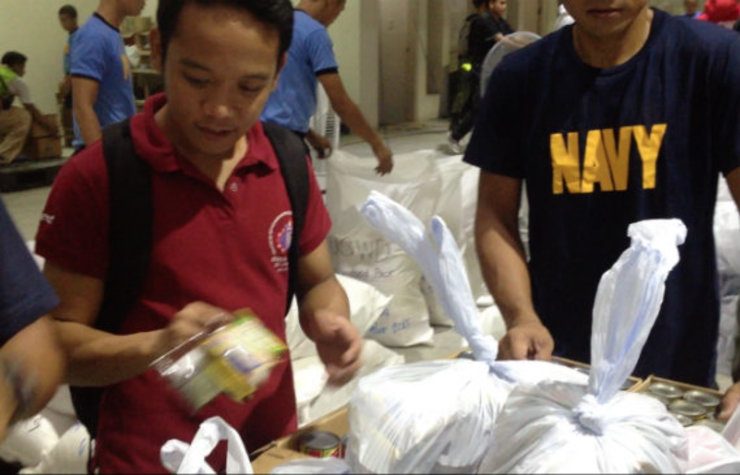 When classes were called off, Pelayo, along with his friends from the Family Federation for World Peace Unification, woke up early Tuesday to volunteer at the DSWD NROC.

There is no shortage of energy among volunteers like Pelayo who follow a 12-hour shift at the relief operation center. They repack and organize food packs containing 6 kilos of rice, 6 packets of cereal drink, 6 packs of noodles, 4 cans of corned beef, and 4 cans of sardines. According to the DSWD, the food pack can feed a family for 3 days.

With the collective help of citizen volunteers, together with teams from the DSWD, the Philippine Army, Philipine National Police, the Philippine Air Force, Bureau of Fire Protection, and Philippine Navy, more than 60,266 family food packs were prepared for delivery to affected communities.

Biolena noted that the proactive relief operations for Ruby went smoothly. According to her, the improvement is due to the changes the agency implemented after Super Typhoon Yolanda.

For example, they increased their stockpile of food packs by 10 times. This enables DSWD to quicky augment relief packs in their regional offices in case the need arises.

As part of their new protocol, DSWD, along with other related agencies, also conducted a pre-disaster risk assessment (PDRA) for Ruby. This is in contrast to their previous practice of assessing damage only after the typhoon crossed the country.

The observation was echoed by Major Richard Rivera of the Philippine Army contingent. “Suggestions and lessons learned from the Yolanda operations at NROC last year were carried out and implemented during the 2014 calendar. Definitely, 2014 was a reckoning after the Yolanda operations,” said Rivera.

For Pelayo, who also volunteered during the Yolanda relief operations, the improvements are not the only thing that is different. The feeling of uncertainty, as he waits for news about his family, is also new to him.

He hopes that when he talks to his family again, they will tell him about the relief goods they received. – Rappler.com

You can check the list of relief operations for those affected by #RubyPH on the Project Agos alert map.