Why we need a mental health law in PH 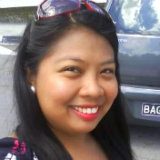 Facebook Twitter Copy URL
Copied
'Every Filipino should be entitled to mental health programs and services. Mental health problems in the country has long been dismissed and not given any priority at all'

It is alarming that many youth today are contemplating on hurting themselves and ending their lives, when they should be planning for their future.

Do you still remember the following cases of suicide being in the news?

The list goes on and on. The media will continue to report the fatalities and government agencies will again be pointing fingers at each other. The Filipino people will continue with their lives, continuing to bear the emotional and psychological burden not just on their shoulders but also in their worn out minds.

Is this the current trend or is this a result of media sensationalizing the news on suicide?  Is it true that many Filipinos are now afflicted with mental and emotional disabilities?

How can we save the youth from being a suicide fatality? How can we save the future generation from the claws of death? Do we really need to have high statistics on suicide as proof that it deserves our full attention before we do something about it?

Mental health of the Filipino youth

In 2014, the report “Health for the World’s Adolescents” by the World Health  Organization (WHO) revealed that depression is the predominant cause of illness and disability for both boys and girls aged 10 to 19 years old. Suicide is the third leading cause of death among adolescents.

In 2012 alone, an estimated 1.3 million young people worldwide died because of suicide. Furthermore, the report stated that half of all the people who develop mental disorders show their first symptoms at the age of 14. If adolescents with mental health problems get the care they need, their deaths or suffering throughout life can be prevented. (Read: Depression, the indiscriminate stalker)

Unipolar depressive disorders is one of the projected leading causes of disease and injury burden by 2030, according to the 2004 WHO Global Burden of Disease Report. And since the burden of depression and other mental health conditions are seen to be on the rise globally, the World Health Assembly, in a resolution issued in May 2012, called for a comprehensive, coordinated response to mental disorders from health and social sectors at the country level. A research conducted by Lapeña, Tarroja, Tirazona & Fernando of DLSU-SDRC on the Filipino youth’s views on mental health revealed that the problems confronting the youth include lack of resources and conflict within themselves or with others.

The researchers recognized that some of the youth’s coping strategies are positive – seeking help, actively resolving, and talking about the problem. But they also noted how other strategies that the youth use – such as engaging in negative and escapist behaviors, excessive drinking, taking drugs, acting out, or simply ignoring the problem – are not desirable. This research showed that even without intervention, Filipino youth are able to cope with their difficulties by relying on their inner resources.

But of course, the Filipino youth still needs to be guided and led towards mental health interventions that are available to cater to their needs and to eliminate the stigma attached to mental health problems, as well as to seeing a mental health professional. (READ: Can Facebook stop you from committing suicide?)

The Natasha Goulbourn Foundation has been actively campaigning awareness on depression and suicide prevention. As a non-profit organization, however, it has many limitations in reaching out to every corner of this country since its operations rely solely on donations. Yet, the foundation is doing its best to maximize every opportunity to educate the Filipino people about how to recognize the signs and symptoms of depression, what people can do to help the depressed, and where to get help.

That’s why Jean Goulbourn, the President of NGF, supports and campaigns for the initiative of the Philippine Psychiatric Association’s (PPA) Mental Health Act, which aims to protect the rights of people with mental disorders and disabilities by putting in place an official body that will oversee the policies and programs that need to be developed to prevent and treat mental illnesses.

The Philippine Mental Health Act of 2014 has already been filed in the Senate by Sen Loren Legarda, but the online petition for signature from the public, as support to push the passing of this law, is still ongoing at Change.Org.

The country spend millions and billions for the never-ending investigations on pork barrel scams, ill-gotten wealth, multi-million infrastructure projects gone wrong etc, and these drag on for years yet still remains unsolved. This, while more and more Filipinos become oppressed, repressed, and distressed.

No wonder the Earth Institute of Columbia University revealed in the 2012 World Happiness Report that the Philippines only ranked 103rd among 155 countries and is considered to be one of the least happy countries in Southeast Asia.

In order to build a mindstrong nation and be armed with socio-economically and psychologically competent citizens, we must first acknowledge the fact that there are no programs and policies designed to protect the mentally ill, prevent mental illness, and promote mental health in the country at present. As they say, it’s better late than never.

If we continue to just shrug our shoulders and dismiss this issue, the Philippines will remain a third world country plagued not just by corruption but with corrupted minds from the lack of awareness and services that will cater to the mental, emotional and psychological well-being of its people.

To invest in mental health is to invest in national development. To raise mindstrong Filipinos is to raise the nation’s competency and resilience while fostering hope and optimism and strengthening the holistic wellness of the Filipinos.

Let us not be a country of weary, anxious, depressed and mentally unstable citizenry. We are responsible for our own psychological health. Let us support the Mental Health Act. Let us make our voices heard and show the government the pressing need for a mental health law.

It is for our own protection from the multi-faceted mental health problems that each of us Filipinos deal with every day. – Rappler.com

You can watch and share the PPA’s official petition video here and here. Sign the petition for the Philippine Mental Health Act of 2014.

Hazel Delgado Planco is a teacher, poet, traveler and animal lover who is engaged in various NGO work. She likes to write about poignant subjects that arouses her interests. She assents to Sri Sri’s words of wisdom that the ultimate purpose of life is to be of service because service is the expression of love.