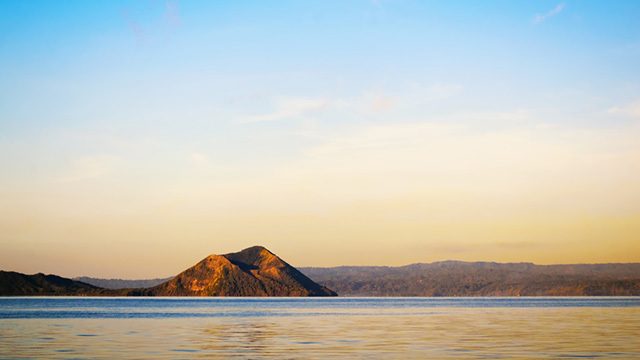 Facebook Twitter Copy URL
Copied
What would happen if the 6-month long 1754 eruption of Taal Volcano were to happen today? Are we ready?

In 1754, Taal Volcano let forth its biggest eruption to date, an eruption lasting almost 7 months from May to December.

In the first of a two-part special, Rappler recalls the disaster through historical accounts and matches it with a present-day scientist’s assessment.

In this second part, Rappler explores the possibility of a 1754 eruption happening today.

TALISAY, Philippines – Imagine a volcano in a state of eruption for almost 7 months. Imagine that volcano in the middle of a lake surrounded by populous towns. Imagine the eruption happening today.

The 1754 eruption of Taal Volcano, its biggest so far, was so devastating that it has become the government’s worst-case scenario for the volcano.

The Philippine Institute of Volcanology and Seismology (Phivolcs) has created hazard maps based on the 1754 eruption, fearing it could happen again.

How likely is that?

“The 1754 eruption, one of the worst case eruptions of Taal Volcano, can be repeated,” said Phivolcs Director Renato Solidum Jr.

But it will be difficult to say when.

“See, there is only one 1754 event historically so we cannot say there is a pattern unlike Mount Pinatubo, it last erupted in 1991. Prior to the 1991 eruption, there were many large-scale events, enough data to say the cycle of explosive eruptions of a volcano. But in this case, there’s only one 1754 scale,” explained Solidum.

The dangers of such an eruption are unique because of Taal Volcano’s extraordinary topography.

The main crater is very wide and quite low, unlike more typical volcanoes like Mount Mayon with a small crater on a high elevation.

The greatest hazards that may befall communities in the event of such an eruption are as follows, as explained by Solidum:

1. Base surge – A cloud of hot gases, ashes, and rocks traveling horizontally at speeds of more than 80 kilometers per hour. It can cross Taal Lake’s waters and reach towns in the mainland. It can bury, burn or blast away objects and persons. Its tendency to take up air can make it difficult for persons to breathe.

2. Seiches or lake water oscillation – Explosions and earthquakes accompanying the eruption can displace the lake waters causing them to flood towns on the mainland. Such a “volcanic tsunami” can go as high as 10 feet.

3. Ashfall and volcanic rock fragments – Eruption columns can send ash and volcanic rocks falling down communities on the island and mainland, crushing and burying objects or persons, or making it difficult to see and breathe.

4. Lava flow – A flow of hot molten rocks can cover and burn areas on Volcano Island.

5. Earthquakes – Strong earthquakes tend to occur during eruptions causing buildings and infrastructure to collapse and the ground to tear apart.

The topography of the Taal Lake area complicates the hazards, said Solidum.

For one thing, because of the steep slopes forming the wall of the larger caldera, fleeing residents would have to climb up before reaching the safer parts of the mainland.

Ash could also collect on the slopes of the bowl, endangering people below.

“That ash can be remobilized during heavy rain. So the communities look at Taal Volcano but behind them, there can be a lahar event,” warned Solidum.

A major eruption on Taal could wreak more damage for the simple fact that more people now live around the volcano, not to mention on it.

Today, around 6,000 people live on Volcano Island, thriving on fish farms and crop farming, and even making a living as tour guides for visits to the Taal Crater Lake.

The sites of the old, abandoned towns are once again populated. Surrounding towns are home to industrial parks, subdivisions, and commercial areas. Metro Manila, the country’s seat of government, is only 60 kilometers from the volcano.

“The airport, NAIA, can be affected by volcanic ash because you cannot fly airplanes during ash fall events. So it’s not a very good scenario because the longer the eruption would last, the more problems we have in terms of our socio-economic functions being affected,” said Solidum.

For this reason, Phivolcs has created and distributed numerous hazard maps based on the 1754 eruption. The maps also anticipate eruptions from other craters of Taal Volcano. In total, it has 47 craters.

New technology also means government scientists can detect the likelihood of a 1754-like eruption even months in advance.

“We probably won’t be surprised because there are indicators before it will erupt,” said Phivolcs Taal Science Research Specialist Paolo Reniva in Filipino.

For example, earthquakes will increase in frequency and strength. The lake’s water temperature will rise and become acidic. There will be fissuring of the ground in some areas.

“Our instruments will detect these and people will observe it,” said Reniva.

Phivolcs currently uses an Alert Level system to denote increasing levels of unrest in a volcano before a violent eruption.

On alert for a decade

Taal Volcano is currently on Alert Level 1, as it has been for the past 10 years. This means there is some disturbance but eruption is not imminent.

“We cannot lower the alert level to 0 because conditions are still above our monitored parameters. At Alert Level 0, there are almost no earthquakes,” said Reniva in Filipino.

For the past decade, Phivolcs detects 5 to 10 volcanic earthquakes a day, on average.

Volcanic earthquakes means rocks are breaking underneath the surface due to pressurization, he explained. The pressure may be from rising magma or from hydrothermal activity. (WATCH: When mountaineers climb active volcanoes) To monitor the volcano, Reniva and his fellow volcanologists trek to the crater once a week to measure water temperature and other indicators and take visual observations.

Measuring devices installed on different parts of the volcano measure water levels, acidity, concentration of gases, earthquakes, and inflation of the ground. The data is sent to Phivolcs at an almost real-time frequency.

Like other active volcanoes, Taal Volcano also has designated danger zones. In this case, the Permanent Danger Zone (PDZ) is the entire Volcano Island. Ideally, no one should be living on the island. (WATCH: Bulusan watch: managing the unpredictable)

It’s been difficult to enforce this given Taal Volcano’s recent calmness. The thousands of people who live on the island are in danger of being affected by a phreatic or steam-driven eruption – a type of eruption that can occur anytime and without warning.

Because of this, such communities will always be displaced when the Alert Level climbs to 3. This is when evacuation must be enforced by local government units, said Solidum.

The towns on the mainland will have more lead-time to prepare since they are separated from the main crater by the Taal Lake. Still, they are at risk of a submarine eruption. Some of Taal’s craters lie underwater.

“That’s why its important for the local government to have all the logistics and the timing would be very important. They should have enough time. There must be coordination among the provinces of Batangas, Laguna and Quezon, and even Cavite, on how people should be assisted or where they’re supposed to go,” he added.

The worst-case scenario may have already  happened 261 years ago, but it doesn’t mean it won’t happen again.

Volcanologists hope that memories of the past may rise from ancient ash to teach those living in the present. – Rappler.com