LGUs frustrated over delayed use of People’s Survival Fund 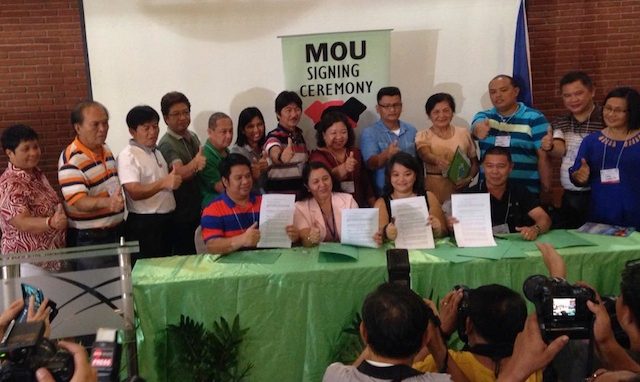 Facebook Twitter Copy URL
Copied
As climate change and disasters have a huge negative impact on agriculture, how do our local chief executives respond to this reality?

MANILA, Philippines — Strong sentiments on the People’s Survival Fund (PSF) surfaced during the presentation of a Climate Change Commission (CCC) official in a conference with local government units on May 27.

Helena Gaddi, chief of the CCC Development Management Division, was   discussing mainstreaming climate change adaptation and disaster risk reduction (CCA-DRR) in a conference in Quezon City, when a local official exclaimed that she had not heard about the PSF until then.

Dennis dela Torre, UP Professor and former Climate Change Commission officer, said that the Implementing Rules and Regulations for the fund are already there. However, the IRR has not yet published in nationally-circulated newspapers so it has not been enforced.

In response to the heated debate over the PSF, Mayor Benjamin Maggay of Cervantes Ilocos, Sur, said that the national government should start trusting the LGUs.

Frustrated local executives in the audience were disgruntled by the delay.

Tangson urged other mayors at the conference to file a motion with the national government, demanding the utilization of the PSF. She stressed the need to operatonalize the fund as the typhoon season nears.

The inter-LGU conference aimed to forge ties with the different municipality-attendees through a Memorandum of Understanding (MOU) to build weather stations and build Climate Resiliency Field Schools in their localities.

As climate change and disasters have a huge negative impact on agriculture, the signatories to the MOU to build climate schools for farmers are partner municipalities of the League of Organic Agriculture Municipalities (LOAM).

The climate school is a project of Rice Watch and Action Network (R1), LOAM and PAGASA to raise the farmers’ awareness on climate change and to train them in adapting to harsh weather conditions. (READ: How gov’t is readying farmers for climate change)

LOAM’s partner LGUs signed the MOU to build weather stations in their towns. Part of the training include reading weather forecasts and climate-informed agricultural practices.

The LGUs include municipalities from Calasiao, Pangasinan; Pila, Laguna, General Nakar, Quezon; and San Luis, Aurora, Guimba and Muñoz in Nueva Ecija; and Koronadal, Isulan, and Lambayong in Sultan Kudarat.

(If production decreases, the farmers will be pushed even more to poverty, and will have a more serious impact on food security because there will be more hungry people. If the rich is being affected by the typhoon, more so the poor.)

Rodelio Taberna, a former attendee of the climate school in Gerona, Tarlac, says that understanding forecasts is helpful to the community. The former driver is now a community expert in weather forecasting.

“Kung bibigyan sila ng numbers, degrees, humidity, ‘di nila maiintindihan ‘yun,” Taberna explains, adding that they teach through symbols. They attribute the number of rain drops to the expected strength of a typhoon.

(If you give them numbers on temperature, for example, degrees or humidity, they will not understand.)

The participating LGUs, NGOs, and government agencies forged a cooperation framework to integrate CCA and DRR in different development plans to understand how it will affect the local community.

It aims to ensure that there is a functioning municipal DRRM office with enough staff and budgetary support for disaster management.

The framework aims to support other participating LGUs with their DRR-CCA efforts and mechanisms like promoting simple harvesting of rainwater among households to support home-based gardens or  livestock.

On sustainability, the participants agreed that there should be a comprehensive policy across all agencies because a mayor’s 3-year term may not be enough to yield immediate tangible solutions.

The participating mayors also expressed their belief that it is better to think long term and to think of lasting solutions.— with Kimiko Sy/Rappler.com

Kimiko Sy is a Rappler intern.