Jun 6, 2015 3:34 PM PHT
Dindin Reyes
Facebook Twitter Copy URL
Copied
At night, Charly would run his fingers along his mother's upper lip and do the same to himself – disappointed about the hole his fingers would sink into 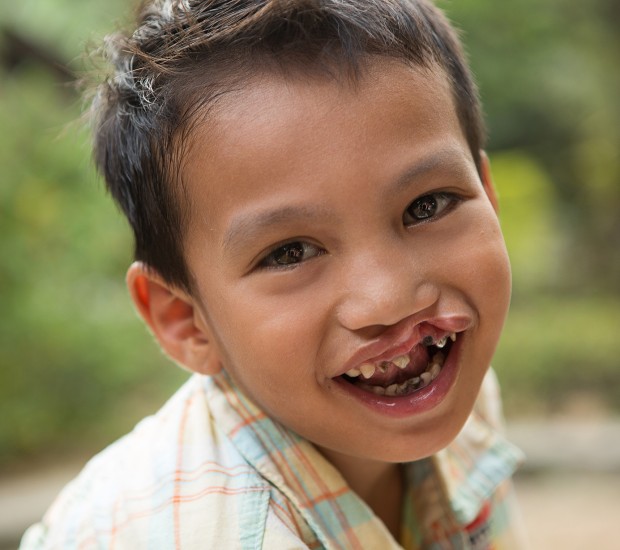 BOHOL, Philippines – Early in November of 2009, a little boy named Charly was born in Inabanga, Bohol. He came out with 10 toes, 10 fingers, two eyes, and one split lip. In developing countries, a child with a cleft lip, a cleft palate, or both, is born every two and a half minutes – Charly was one of them.

His mother Norlita didn’t have a name for whatever it was that happened to the child she had been carrying, but it was enough of a shock for her to leave him untouched for the first few hours of his life.

When she finally came up to the baby who had not uttered a single cry since his birth, she told him, “Kung ano man meron ka, tanggap kita.” (Whatever it is you have, I accept you.) And Charly cried.

Six years down the road, life for Norlita and Charly has been marked by tears.

A cleft lip and a cleft palate may seem like a deformity that’s easily solvable and it is – but when you’re scraping to make ends meet in a barangay known for being mean and dangerous, the solution is farthest from your mind.

For years Norlita watched her son as he looked in the mirror, looked at her, and looked back at himself. At night, Charly would run his fingers along her upper lip and do the same to himself – disappointed about the hole his fingers would sink into. Not being able to speak properly and not having the words to articulate how he was feeling, Charly lived in a state he couldn’t even describe to himself.

Whatever leaves grew on their tree of hope began to wither after being refused every single time they approached a medical mission team for help. Charly was either underweight, sick, or a combination of both during the 3 times Norlita brought him. They told her why he wasn’t qualified for surgery and they asked her why she brought him when she couldn’t even keep him in good health.

Somewhere along that rough road Norlita’s husband died 4 weeks after the birth of their 4th child. Hope wasn’t there when she looked at a car and wished she would just get run over. What kept Norlita going was the cold, hard truth that there were children crying and they were hers. She kept on working, doing everything she could, hoping to earn at least P30 each day to feed her 4 children.

Little did she know that hope could come, and that it would be in the form of a woman with white skin trudging up a rice field with a little girl on her shoulders.

Mother and daughter on a spiritual journey 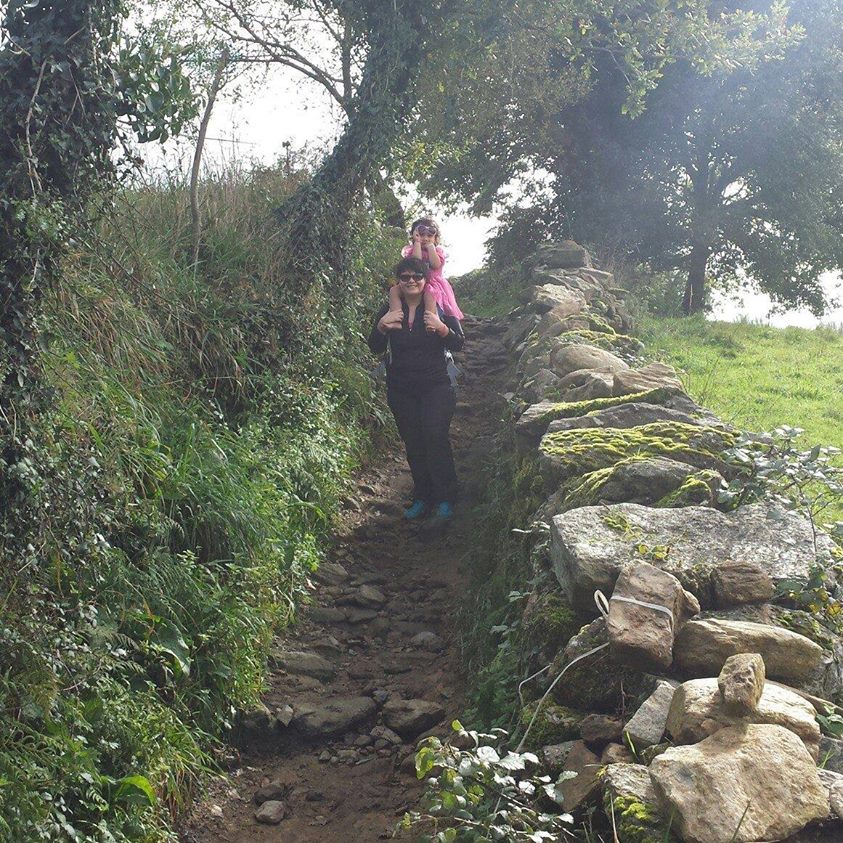 On the other side of the world, a little girl named Malia Luna was born in 2011 to Annie Lulu. Three years later, after working as a coach for business and personality development, Annie decided that she and Malia were going on a spiritual journey around the world, finding their center and helping charities along the way.

Calling herself the Rucksack Coach, Annie sent their intentions and their message across the world to friends and family. In July 2014, they stepped out of their home and the life they knew. They haven’t been back since.

One of the people who got her message and who reached out was a German group helping the people of Bohol recover from the aftermath of the 2013 earthquake. They knew Annie had been involved in speech therapy and they requested her services for a young girl with a cleft lip who needed some care after her surgery.

Annie and Malia landed in Bohol in December 2014. By a stroke of fortune, the little girl they came to help actually didn’t need it. This gave Annie the chance to meet other people with the same condition. Over a span of a little over a month, Annie gathered 10 patients all suffering from various degrees of cleft lip and cleft palate conditions.

A business and personality development coach, Annie didn’t know what they needed, but armed with a lot of hope, she did her research online and offline. She learned that patients with a cleft palate could need 2-3 operations just to get to perfect health. She learned that many missions stop at the first procedure, stitching up the cleft lip because, as long as people saw these cute children with whole faces, they were happy.

Annie learned that people living with a cleft palate need the top of their mouths and maybe even their gums stitched together as well – otherwise it would mean speech defects, lung infections, ear infections, and the like. She learned that the older you are, the less you’re probably going to get chosen.

With research online, Annie found the Noordhoff Craniofacial Foundation Philippines which agreed to fund the surgeries in Manila, the transportation, and the cost of living. Before receiving their funding help, Annie brought the patients to and from the hospital to get X-rays and other tests, and dipped into her own pocket.

The work required her resources, her energy, her time, and all her skills. Annie persisted with just one mantra running in her head, “I promised.”

One of the last patients Annie met was Charly. Inabanga was far away from where Annie was staying so when she arrived at Norlita’s and Charly’s home and didn’t find Norlita, she was frustrated. Norlita was working in the rice fields and that’s where Annie found her.

Norlita wasn’t too hopeful that day she knew Annie was coming, so she hid in her work. But when she saw Annie trudging up the rough road with her little girl sitting on her shoulders in the baking heat of the afternoon sun, her heart stopped. Seeing another mother cross rice fields just to find and help her made Norlita think, maybe this is it. 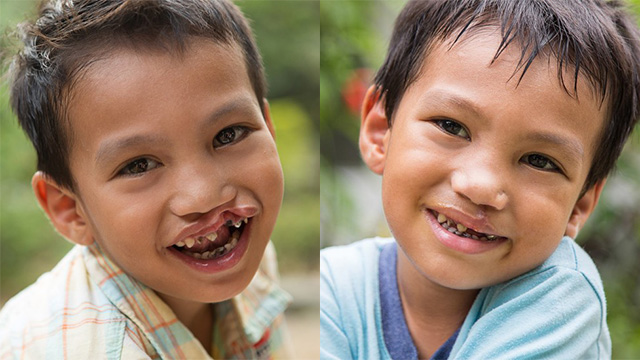 Getting to Manila wasn’t the end of the story.

Out of the 10 patients, only 3 were ready for surgery. The others had infections and health conditions that made the procedure dangerous for them. For all of them, it was a waiting game where patience and the fear of being disappointed played a constant push and pull.

Despite being worlds apart, Annie and Norlita managed it with the superhuman strength that all mothers seem to possess when it comes to teaching their children to want better lives.

Annie feels that her biggest accomplishment during her stay in the Philippines is being able to share her optimism. When Annie and Malia met Charly he barely spoke.

Five months later Charly treated Annie like a second mother or, like what Filipinos would call a tita or aunt. Charly and Malia Luna became the best of friends who hug, play, and fight.

Back then, Malia didn’t see the cleft lip as reason not to play with him, and more so now. Out of their spiritual journey came a smiling Charly and Norlita and, just like anything that’s hard to come by, their smiles are still work in progress. 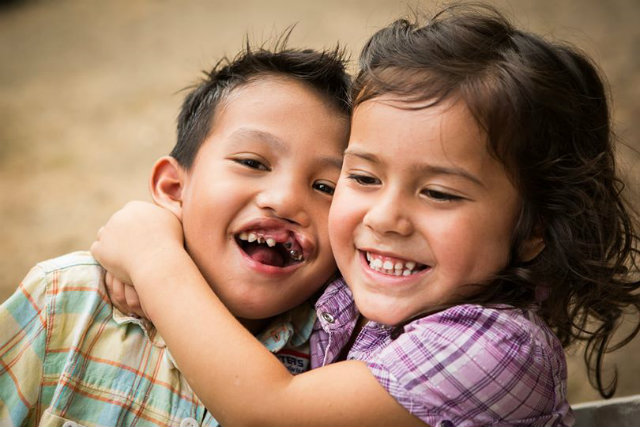 Now Charly has a closed lip and is set have his cleft palate operated on before Christmas this year. Norlita is still looking at her life as one long list of troubles. How will she feed her children? How will she send them to school? Will she go back to working in the fields and doing whatever she can, or will she try her hand at the livelihood project of making rugs that Annie helped them learn?

The future is uncertain, but just like Annie, Norlita is going to have to find that superhuman strength of a mother to chart the future with her children. Together, they’re going to go and see. – Rappler.com

Dindin Reyes is a yoga instructor, teaching Vinyasa and Hatha. She graduated from a 200-hour RYS Vinyasa teacher training at White Space Mind and Body Wellness. As an instructor, she is passionate about teaching beginners and helping them find what yoga is for them. Dindin also writes about yoga, social enterprises, and volunteering in the Philippines on thelargeworld.wordpress.com.