Jun 10, 2015 2:31 PM PHT
Leon Dulce
Facebook Twitter Copy URL
Copied
'Developments in Batangas are presenting an even worse threat to the lush but fragile ecosystems of the Verde Island Passage' The 1.14 million-hectare Verde Island Passage (VIP) Corridor – a sea expanse between the littoral provinces of Batangas, Oriental Mindoro, and Occidental Mindoro, Marinduque, and Romblon – is widely acclaimed as the global “center of the center of marine biodiversity” for hosting the greatest number of shorefish species in the world.

A 2004 study documented a staggering 1,736 marine species, including many globally threatened ones, in just a small section of the area.

Dr Richard Mooi couldn’t have described the passage any better: “The Verde Island Passage is living up to its reputation: the ocean vibrates with the cycle of living things inhabiting every nook and cranny.” Its abundant marine ecosystems make the passage a highly productive fisheries area, and a choice dive spot that drives tourism in surrounding provinces. This underscores the VIP’s importance not only for scientific research, but especially for its direct sustenance to hundreds of thousands of Filipinos whose livelihoods rely on the corridor’s productivity and integrity.

Reports of adverse environmental impacts in the country’s richest marine sanctuary are nothing new. Maritime traffic and coastal industrial plants in the VIP have already been identified as major contributors to pollution in the passage. Developments in Batangas, however, are presenting an even worse threat to the lush but fragile ecosystems of the VIP. Batangas City, the region’s major industrial port city located in Batangas Bay (a water body contiguous to the VIP), is home to 20 major industrial establishments, including energy, petrochemical, manufacturing, and other facilities.

The city’s 325,000 residents and the remaining farmlands and fisheries in their semi-rural environs are bombarded by the industrial zone pollutants on a daily basis. Big business conglomerate JG Summit owns a number of plants in the zone, and seeks to further expand with its proposed 600-megawatt coal-fired power plant project.

Typical coal power plants have a huge water requirement for its cooling system, to the tune of 70-180 billion gallons of water withdrawn and 1.1-4.0 billion gallons consumed annually depending on the technology.

The JGS power plant is thus threatening the depletion and pollution of the city’s waters, which can very well reach the VIP. The JGS coal power plant itself will catalyze the rise of more industrial plants in the area, a clear multiplier effect on the industrial pollution the VIP is already experiencing.

In the adjoining municipality of Lobo, Australian-Canadian large-scale miner MRL Gold, through its subsidiary Egerton Gold Philippines Inc, has been aggressively railroading its operations towards the extraction phase. Covering around 29,000 hectares of mountainous lands, Egerton has been exploring for gold and copper deposits in the agricultural and tourism town.

An environmental investigative mission in 2009 conducted by the Center for Environmental Concerns noted the presence of pyrite in the drill areas of MRL Gold, indicating the possibility hazardous acid mine drainage. Once commercial operations start, chemicals used in processing the minerals, such as mercury and lead, can also leach into the town’s water resources.

Egerton’s project area is situated in steep, mountainous areas just one or two kilometers away from the coastline. Aside from its proximity to the VIP, Lobo itself is the top-fifth of the 18 biodiversity centers in the country, with 4 marine conservation areas, a large number of terrestrial flora and fauna, and a diverse range of habitats.

These urgent issues are flashpoint struggles that must be raised into a national fight to save the Verde Island Passage. It is imperative to address the national policies and programs perpetuated by the current administration of President Noynoy Aquino that promote this anti-people and anti-environment mode of industrial “development” in the first place. 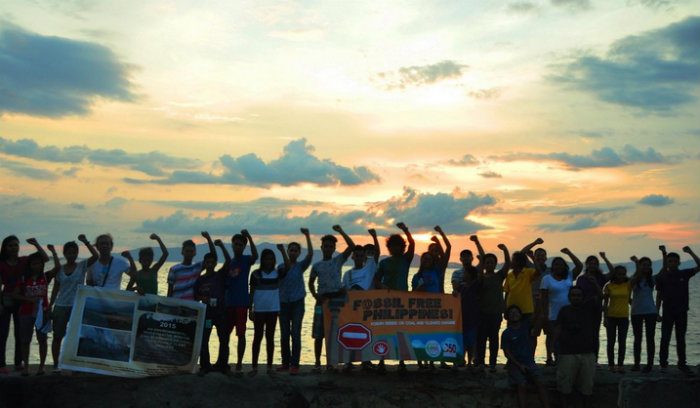 Thus, the Batangas anti-coal movement should also be a movement that will challenge the industrial zone’s privatization of the public commons and criminal neglect of the environmental and social costs. Likewise, the people’s opposition to big mining in Lobo should scale up towards the scrapping of Aquino’s mining Executive Order 79 and the rest of the current mining policy regime, which allow foreign and private mining firms to plunder our mineral resources and ecosystems.

Communities and advocates facing other destructive projects across the VIP’s different littoral provinces should step up to the national arena, as well.

One clear policy gap is the lack of a national law that will strengthen protective and regulatory measures over the VIP. One such starting point is Senate Bill No. 1898 or the Verde Island Passage Act. The proposal, however, is nowhere near the Aquino administration’s priority legislations.

If we are able to translate our environmental campaign into a people’s movement that will take on the roots of the crises facing the Verde Island Passage, it will not be hard for us to come up with genuine solutions towards the protection, conservation, and management of the famed biodiversity corridor. – Rappler.com

Leon Dulce is the campaign coordinator of the Kalikasan People’s Network for the Environment, a national alliance and campaign center on people’s environmental issues, and is a PH campaigner of international climate action movement 350.org