With or without BBL, ‘Tawi-Tawi moves forward’ TAWI-TAWI, Philippines – Whether or not Congress passes approves the Bangsamoro Basic Law (BBL), the province of Tawi-Tawi is ready to pursue development, the province’s lone district representative Ruby Sahali said.

“With or without the Bangsamoro, we are okay already. We can move forward and we have moved forward. We have met (and made plans) with different people, NGOs, and line agencies that can really help us,” the legislator added.

Tawi-Tawi, the southern most tip of the Philippines, is one of the 5 provinces that comprise the Autonomous Region in Muslim Mindanao (ARMM). Sahali fears the BBL will have little impact on her province like their experience in ARMM.

“We have been part of the ARMM for the past 20 years. We experience the hardships and the bad administration. We experience discrimination and so many other things because Tawi-Tawi is just a minority in the region,” Sahali said.

“In terms of development, only the crumbs reach us here in Tawi-Tawi. Even if we have representations there, the tyranny of the Maranaws and Maguindanaoans still win. We are very small compared to them,” she added.

A member of the ad hoc committee on the proposed BBL, Sahali voted yes to the passage of the law during the marathon voting on May 19. She said the law is “beautifully crafted,” yet, this does not mean it will translate to positive development for her province.

“It’s so beautifully crafted just like House Bill 9054, the law that amended the ARMM. But my worry is the execution. ARMM, for example, was a very good package. But they executed it really badly,” Sahali noted.

The proposed BBL seeks to create a new autonomous region in Mindanao with greater powers than what is currently in place. The new autonomous government will be parliamentary in form – the only one of its kind in a country with a unitary presidential system. (READ: Bangsamoro Basic Law primer)

Compared to nearby Sulu or Basilan – both known to be rebel strongholds – Tawi-Tawi is relatively peaceful and prosperous, according to Sahali and the Marines assigned there. (READ: Tawi-Tawi: Rivendell of the south)

“There’s peace and very little injustice here. If you work hard, you’ll have money. If you don’t work hard, you can still eat by tilling the soil or fishing at sea,” Sahali said. 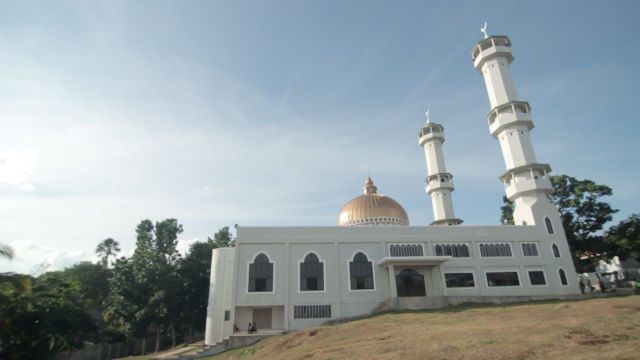 Despite the negative stigma against region, the provincial government is actually pushing for more tourists to visit Tawi-Tawi. With its untouched islands, majestic mountains, and endemic wildlife, tourism will be one of the main driving forces of growth in the province.

“The tourism council has a master plan, developed with the help of the national government. We want a sustainable kind of tourism,” the representative added.

Despite her own doubts, Sahali said she voted in favor of the BBL because of her convictions as a Muslim.

“Malacanang and many other peace advocates are saying that the BBL is good for Muslims, for Mindanao, and for everyone. As part of the ad hoc committee, I also studied the law. If it’s good for us, why should I say no?” she noted.

Answering comments that the BBL is unconstitutional, Sahali said: “There are really some provisions that might be considered scary. But that’s usually the case with change – where there is change, there is fear.”

This pertains to the provision in the BBL allowing other cities and provinces to join the proposed area. The said provision is already set to be removed by the Senate and the House.

With only a year left before the administration of President Benigno Aquino III ends, the passage of the proposed Bangsamoro basic law (BBL) in Congress remains uncertain. (READ: 4 scenarios if Bangsamoro bill is not passed)

This is why, Sahali said, her province needs to plan ahead.

“(We want to make sure that) the government, the military, and all other sectors in the community collaborate to make Tawi-Tawi a better place to live in and visit,” she concluded. – Rappler.com