Headed for disaster: The last voyage of M/V Princess of the Stars

MANILA, Philippines (UPDATED) – It happened 7 years ago, but to those whose loved ones perished in the waters near Sibuyan Island in Romblon province, the pain lingers on.

The passenger ferry M/V Princess of the Stars sank at around noon of June 21, 2008, along with over 800 persons after entering the eye of Typhoon Frank (international name Fengshen).

It is tagged as the second worst disaster in the Philippines due to fact that it has very few known survivors – only 28. As of writing, more than 400 are still missing; some 130 exhumed bodies are still to be identified.

Sulpicio Lines, the company that owned the ill-fated vessel bore much of the blame. The M/V Princess of the Stars was among other 5 ferries of Sulpicio Lines Incoporated, now Philippine Span Asia Carrier, to have figured in disasters. (Read: Ferry disaster is 5th tragedy for Sulpicio)

The M/V Princess of the Stars met its unfortunate end hours after it sailed from Manila on June 20, 2008, despite the fact that typhoon signals were raised in areas along the ship’s pre-plotted path to Cebu.

Here is a quick timeline of what happened, based on the report of the investigation conducted by the Board of Marine Inquiry (BMI):

Who is to blame?

According to the BMI report, several factors led to the high number of casualties and the sinking of the marine vessel: From the time PAGASA announced it, Typhoon Frank (international name Fengshen) already posed a real danger to any seasoned mariner. (Read: Deadliest typhoons in the PH)

Typhoon Frank continued to gain and sustain strength in the hours that followed and therefore was a potential threat to any ship within the vicinity.

Considering the projected path of the typhoon – which, at 4 pm of June 20, was located at Catbalogan – the M/V Princess of the Stars would definitely be near the typhoon by 80 nautical miles approximately at 6 am of June 21 if it followed its pre-plotted course.

(See map above showing the path of the storm, represented as an orange line, and the course taken by the M/V Princess of the Stars, shown as a blue line.)

The Philippine Coast Guard (PCG) guidelines on the movement of vessels during heavy weather – in place since 1988 – recommend that a ship must never sail in the vicinity of the typhoons.

In 2007, the Philippine Inter-Island Shipowners Association asked the PCG to give the master or the shipowners the responsibility and control of movement of vessels during heavy weather to protect commercial interest.

In response to this, the PCG revised existing rules and issued Memorandum Circular 04-07, which prescribes that the PCG Station Commander and the operator/master of the ship should study the movement of the typhoon and ensure that the vessel will not be in the area directly affected by any typhoon signal or within the “danger sector”.

The memorandum defined the “danger sector” as the area where the typhoon may possibly pass from its last known point for the next 48 hours.

The triangular area plotted in the map above represents the radius for the “danger sector” for Typhoon Frank at the time M/V Princess of the Stars was allowed to set sail at around 8 pm on June 20, 2008.

Memorandum Circular 04-07 also says no vessel shall sail except to take shelter if PSWS Number 3/ PSWS Number 4 is hoisted within its point of origin, the route, and point of destination.

However, it allows ship owners or captains to decide on movements of any craft or vessel if PSWS Number 1 is hoisted within the vessel’s point of origin, the route, and destination.

Every master or any person in charge of the vessel is required to ensure that the latest weather bulletin is received and the track of the typhoon is plotted on the weather chart aboardship.

In short, much of the decision-making process is essentially left to the master of the ship, through the recommendation of the PCG station commander before leaving the port.

The PCG has to issue a departure clearance to all ships set to sail.

Petty Officer 1 Felix Sardan, duty officer at the PCG, testified before the BMI that on June 20, 2008, he conducted rounds to check the seaworthiness of the vessel.

Knowing that a typhoon was coming, Sardan said he advised Captain Florencio Marimon, captain of M/V Princess of the Stars, of the impending harsh weather.

Marimon then told Sardan that he would take an alternate route, moving away from the storm.

It would have taken the ship an additional 6 hours if it had taken the alternate route (gray path plotted on the map) as the route passes around Negros and Southern Cebu.

Sardan then reported to Commander Erwin Balagas, Coast Guard station commander in Manila, Marimon’s intention to use an alternate route.

Thus, clearance to sail was granted.

It is important to note that under Memo Circular 04-07, Balagas, as Coast Guard commander can recommend actions to the captain of the ship. Given weather conditions in the alternate route, he did not recommend cancellation of voyage.

The PCG later accused the master of the ship, Marimon, of not following the alternate route he submitted to PCG and to the captain of the Cebu port on the evening of June 20, 2008.

4. Negligence by the master of the ship

In its ruling, the Board of Marine Inquiry said Captain Marimon, as the master of the ship, should have exercised extraordinary diligence and good seamanship in assessing weather conditions before having sailed to the eye of the typhoon.

It also said that, as a prudent mariner, Marimon had the responsibility to ensure the safety of his crew, the operation of its vessel, and the safety of its passengers.

The report also stated that Marimon should have postponed the travel until Typhoon Frank weakened.

The BMI noted that, on that same day, 4 commercial vessels cancelled their trips and 3 other vessels took shelter.

The BMI particularly took note that M/V Sulcon XII, another ship Sulpicio Lines and also headed for Cebu, cancelled its trip while M/V Princess of the Stars did not.

As the weather worsened, Marimon could have also taken shelter while he was in Sangley Point, Cavite at 8:52 pm of June 20.

It doesn’t help that the ship was not originally built for passenger accommodation.

When the M/V Princess of the Stars first set sail in 1984, it was not a commercial vessel. It was a purely cargo vessel.

This modification is crucial, as the C-deck of the ship, which was modified for passenger accommodation, contributed to the turning over of the ship.

This part of the deck contained a single staircase, which was closest to the waters. This became the single exit point for passengers departing from the ship when the abandon ship order was issued.

Worse, as the passengers flooded to this side of the ship, it shifted the stability of the vessel. 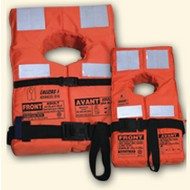 In the course of investigation, BMI also found out that the life jackets in the ship were obsolete and did not comply with requirements under the Convention on Safety of Life at Sea (SOLAS).

According to the International Life Saving Appliance Code of 2010, these life vests must be able to float within 5 seconds where the mouth is not submerged into water.

According to the report, the life vests were only usable in calm fresh water. Hence, performance was not comparable when used in a very rough sea.

Not everyone had life vests to wear and there were reports from survivors that life rafts, though adequate in number, were lashed too tightly that they could not be unsealed.

Following the tragedy, Sulpicio Lines, which owned the M/V Princess of the Stars, lost its certificate of public conveyance. (Read: SC affirms acquittal of Sulpicio exec over sunken ferry)

The regional trial court in Manila issued a warrant of arrest for criminal charges to Marimon and the officers of Sulpicio Lines in 2009, but the defendants posted bail.

During the investigation, Captain Marimon was reported among those reported missing.

Months after the tragedy, the Regional Disaster Coordinating Council (RDCC) in Central Visayas announced that the missing captain was among those who died during the mishap.

Some remain unconvinced though. In an interview for this story, Public Attorney’s Office chief Persida Acosta told Rappler that they have information of Marimon’s whereabouts.  – Aika Rey/Rappler.com

NEXT:  Maritime safety: Lessons from M/V Princess of the Stars tragedy