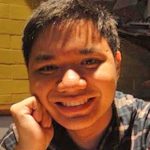 Facebook Twitter Copy URL
Copied
'It's claimed that Valkyrie is acting within its rights when it discriminates people who can enter its private property even if the basis of discrimination is one's gender. No law was violated, hence, the public should tone down its outrage.'

There are opinion makers who love to pull a rabbit out of a hat and declare that a controversial issue is settled once and for all. That rabbit is called law.

The law was magically conjured to call out the public outcry over an incident where a transgender was refused entry to an exclusive bar. (READ: Veejay Floresca: Lift Valkyrie’s ban on ‘crossdressers’)

It was claimed that Valkyrie is acting within its rights when it discriminates people who can enter its private property even if the basis of discrimination is one’s gender. No law was violated, hence, the public should tone down its outrage.

Lawyers do not occupy privileged spots in the marketplace of ideas. A legal opinion still has to prove its worth. Just like any other opinion, it has to pass the test of reason, logic, and fairness. A lawyer or someone who sells law in the marketplace of ideas still has to persuade a passerby to buy his or her wares. A man on the street can outsell him. This is because an opinion is not automatically more persuasive just because it happens to be a legal opinion.

It is true that private establishments, under the current state of law, can discriminate transgender or transvestite customers with impunity. This is due to the absence of anti-discrimination laws in the country. The equal protection clause in the Bill of Rights which frowns upon discrimination on the basis of sex, sadly, can only be used against the state. Mere statement of this current state of affairs, however, cannot pacify the public whose conscience has just been shocked by a bigoted exclusive bar. The law cannot be a social tranquilizer in this case. (Editor’s note: Valkyrie lifts its no-cross-dressing policy)

During the oral arguments in the gay marriage case, US Supreme Court Chief Justice John Roberts said that gays can be discriminated on the basis of their being males, to wit: “. . . [I]f Sue loves Joe and Tom loves Joe, Sue can marry him and Tom can’t. And the difference is based upon their different sex. Why isn’t that a straightforward question of sexual discrimination?” Applying this to the Valkyrie incident, if Juan and Juana are wearing identical pretty dresses, Juana would be allowed entry while Juan would not be. There is still discrimination on the basis that Juan is male wearing that pretty dress. The legal non-existence argument will not even be necessary. What’s the point of this exercise? There are times when laws can be and are reinterpreted. Insisting on one static interpretation is misplaced because the law evolves. The pork barrel system was given legal imprimatur by the Philippine Supreme Court thrice only to be emphatically condemned later. So laws must not be treated as something written on stone to be used as incantation to chase away public “overreaction.”

This is not to say that law should not be invoked in public discourse. Their invocation informs people of their Miranda rights, of their right to bully their elected leaders, of their right to believe whatever they want, of their cherished right to due process of law, and their constitutional right to unionize, all pro bono. The problem occurs when a bad law or the absence of law is foisted on the public to stop the argument. Lest we forget, laws can be repealed and even the constitution can be amended. And public outrage and discourse often leads to that direction.

As a law student, I love it when our professors ask us what our opinion of the law is after of course having just recited what the law is. We are forced to explore the wisdom behind the law on our feet. It makes us retain better the legal information because we have to process it instead of just repeating what we tend to have learned by rote memorization. One professor even remarked that we have to know a controversial provision of law by heart so that if ever we find ourselves in a position of power, we should promise to change it.

While law must be obeyed no matter what, it should not be treated as sacred texts worthy of veneration. People did not just close their eyes when once upon a time the highest court declared that some human beings because of the color of their skin can be sold, in Scott vs Sanford case.

Two gay men did not accept that they can be imprisoned just because they made love. Lawrence vs Texas decriminalized sodomy. It is in this great tradition of consistently testing the wisdom of the law that we should not also be ashamed to express our collective disgust when a fellow human being is denied entry to a place just because her sex is ‘legally non-existent’.

Dura lex sed lex. The law maybe harsh but it is the law. By all means, let’s change it. – Rappler.com

Carlos S. Hernandez Jr is an incoming 4th year student at the UP College of Law.