IN PHOTOS: Philippines challenges China in The Hague 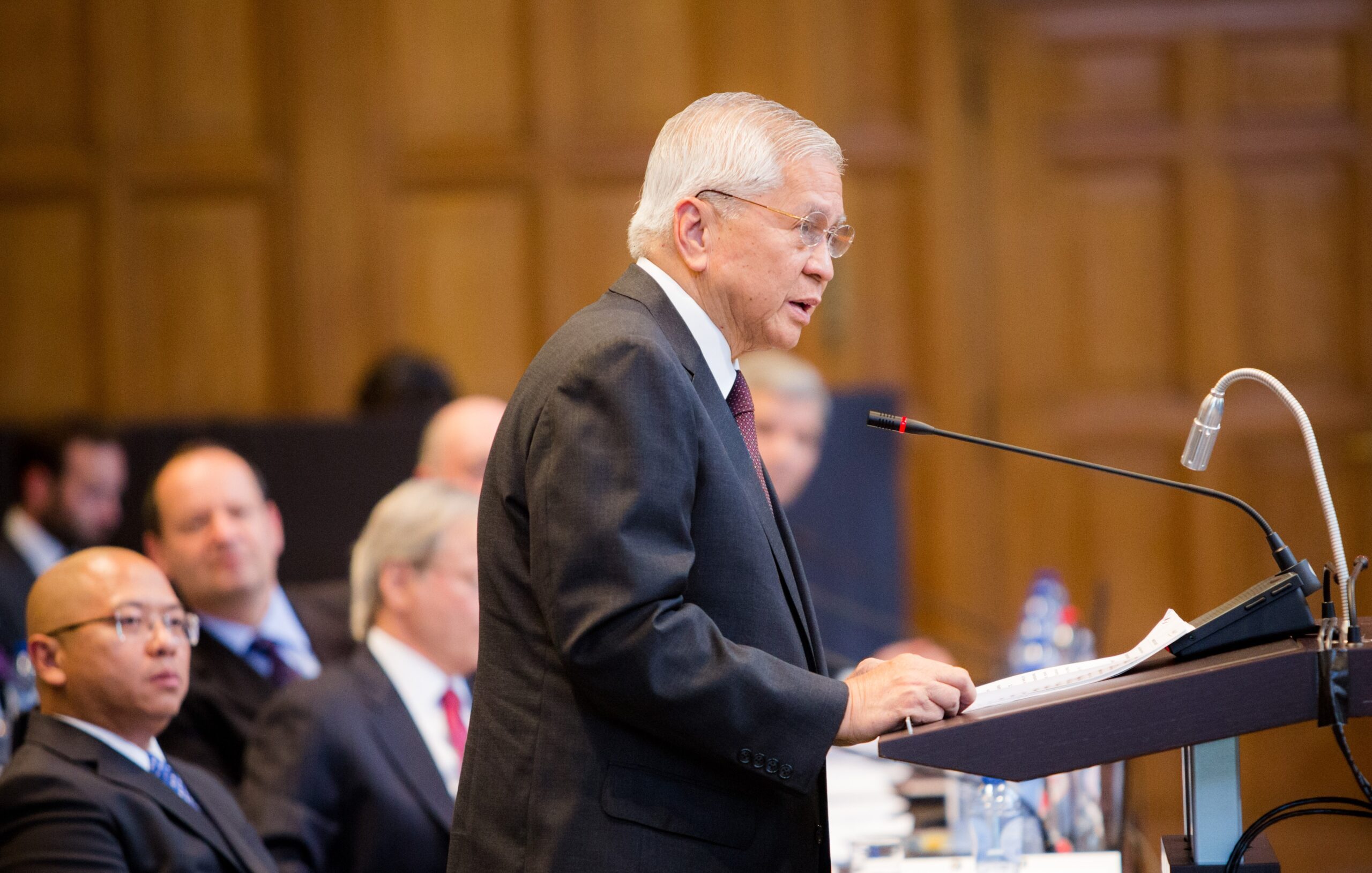 Facebook Twitter Copy URL
Copied
In photos emailed to Rappler, the Permanent Court of Arbitration gives us a glimpse of the closed-door hearings pitting Manila against Beijing

MANILA, Philippines – Behind closed doors, the Philippines recently waged a legal battle against China in The Hague, Netherlands, in a historic case over the disputed West Philippine Sea (South China Sea).

The Philippines on Thursday, July 23, is set to submit a new document to The Hague to bolster its case.

While Manila pursues this, a question remains: What exactly happened during hearings from July 7 to 13?

The Permanent Court of Arbitration (PCA) in The Hague, which serves as the venue for the arbitration proceedings, emailed Rappler high-resolution photos to give us a glimpse of the closed-door hearings.

The photos show a powerhouse team, led by internationally acclaimed lawyer Paul Reichler, defending the Philippines’ case before an equally high-caliber arbitral tribunal in The Hague. (READ: PH lawyer vs China: ‘Giant slayer’ who defeated US)

Check out these photos from the PCA. The 5-member tribunal said it “now enters its deliberations” on whether it has the right to hear the Philippines’ case. It said it expects to rule on this matter “before the end of the year.”

The tribunal said it “is conscious of its duty under the Rules of Procedure to conduct proceedings ‘to avoid unnecessary delay and expense and to provide a fair and efficient process.'”

Once the tribunal decides it has jurisdiction over the case, the Philippines can already present the meat of its arguments. (READ: EXPLAINER: Philippines’ 5 arguments vs China)

The Philippines said it expects a definitive ruling against China by 2016 – Rappler.com