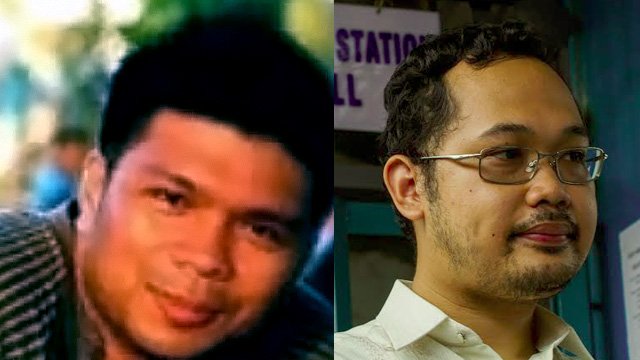 MANILA, Philippines (UPDATED) – Lowell “Boyet” Menorca II, a minister from Iglesia ni Cristo (INC) who was allegedly abducted by church officials, has been released from the Dasmariñas City Police Station in Cavite.

Micosa said he saw Menorca leave with Allen Blair Boy, a lawyer sent by the INC to represent the minister.

The jailer pointed out that the Office of the City Prosecutor of Dasmariñas City issued a release order on Saturday, even if it was a weekend.

Rappler repeatedly tried to reach Boy to confirm the release, but he has not replied to any of our text messages and calls as of posting time.

His and Menorca’s whereabouts remain unknown.

According to official police reports, Menorca was arrested in Dasmariñas on Friday, July 17, for allegedly threatening two construction workers with a hand grenade.

However, a certain “Antonio Ramirez Ebangelista”, an apparent pen name of an Iglesia member, said that Menorca was one of several INC ministers who were allegedly kidnapped for being critical of the 100-year-old church.

This was confirmed by other INC members interviewed by Rappler.

Ebangelista’s blog said Menorca was handcuffed while officiating a worship service in Sorsogon. A white cloth was then thrown over his face before he was allegedly taken away by members of the INC’s Sanggunian (Council).

INC sources said Menorca was assigned to Sorsogon and had to have permission from higher-ups to leave his post. They found it strange for Menorca to have been arrested on Aguinaldo Highway in Dasmariñas, Cavite.

In an interview with Rappler early afternoon of Saturday, July 25, Boy denied the account in Ebangelista’s blog. He showed what, he said, is an affidavit by Menorca, where the INC minister wrote: 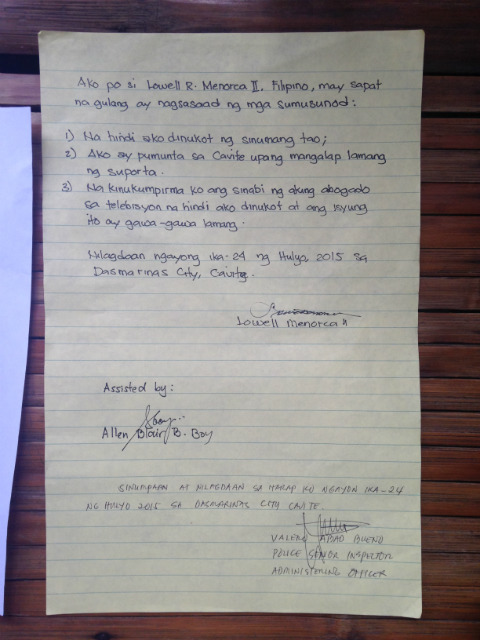 The affidavit was signed by Menorca and Boy. Captain Valero Abao Bueno, administrative officer in the Dasmariñas jail, also signed the document.

He personally confirmed to Rappler that the affidavit was indeed signed by Menorca and Boy in his presence.

(Who is telling the truth, Antonio Ebangelista whose identity we don’t really know, or my client who is the subject of the case?)

Boy said he also has proof of Menorca authorizing him to be his official legal counsel: 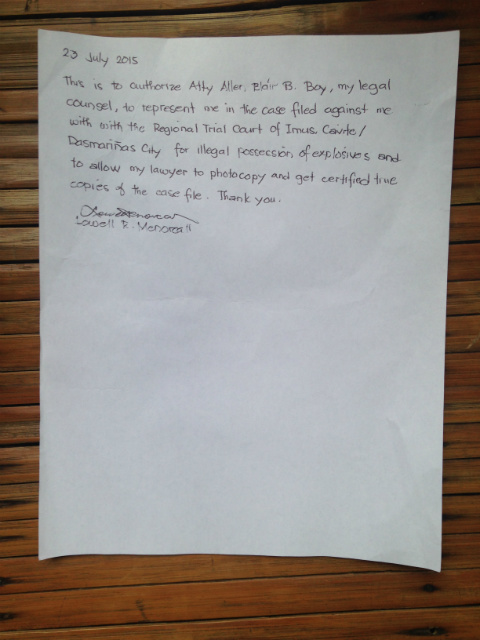 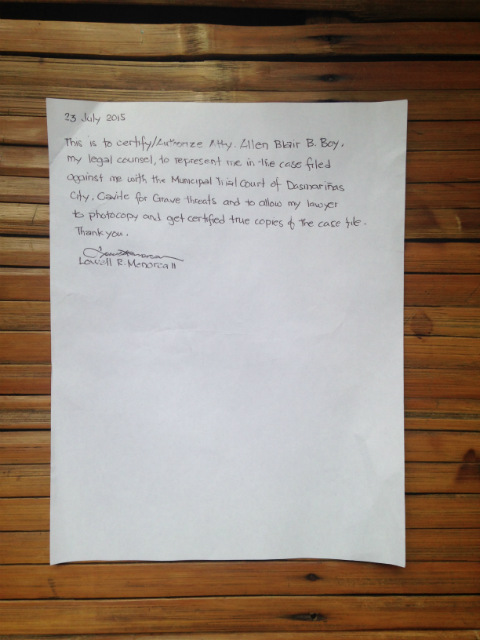 However, INC insiders like Facebook user “Sher Lock” are questioning these affidavits, hinting that Menorca may have signed these because he was under duress by INC officials. Rappler spoke with an Iglesia member who echoed these fears. The member, who requested anonymity for fear of being expelled from the church, said Boy does not belong to “their side.”

Sher Lock, who has anonymously exposed corruption in the INC, posted at 10 pm on Saturday:

AT 9PM EARLIER, MINISTER LOWEL MENORCA NOT FOUND IN DASMARINAS CITY JAIL. WHEREABOUTS UNKNOWN. REMEMBER, HIS LAWYER FORCED HIM THIS MORNING TO SIGN AN AFFIDAVIT THAT HE WAS NOT ABDUCTED!

Menorca has not yet appeared in public to speak about his ordeal himself. Boy said this is only because his client wishes to keep his case “private.”

The INC lawyer also maintained that Menorca’s case has nothing to do with the recent controversy involving INC and the Manalo family. (READ: Manalo brother hits Iglesia ni Cristo ‘corruption’)

Another INC minister told dzMM that Menorca’s wife and child are missing as well.

(Even Menorca’s wife was not able to leave her office. She and their one-year-old child are now also missing. They have not surfaced.)

Boy said this is false. He also denied that Menorca’s wife and child were abducted.

He said Menorca’s wife has been able to speak with her husband over the phone because Boy calls her when he visits Menorca.

(He doesn’t want his wife and child to see him in this condition. He doesn’t want them to be affected by his problem because he just wants a private life for his family.) – Rappler.com