Facebook Twitter Copy URL
Copied
(UPDATED) After more than a year under hospital arrest over the pork barrel scam, the 91-year-old senator regains temporary liberty after he posts P1.45-M bail

The Supreme Court released mid-afternoon of Thursday its resolution allowing Enrile to post bail for the plunder and graft charges filed against him.

Enrile’s lawyers received a copy by 2:40 pm, while the anti-graft court Sandiganbayan received its copy shortly past 4 pm and issued its own order for the police to bring Enrile to court, extending office hours to accommodate the senator. 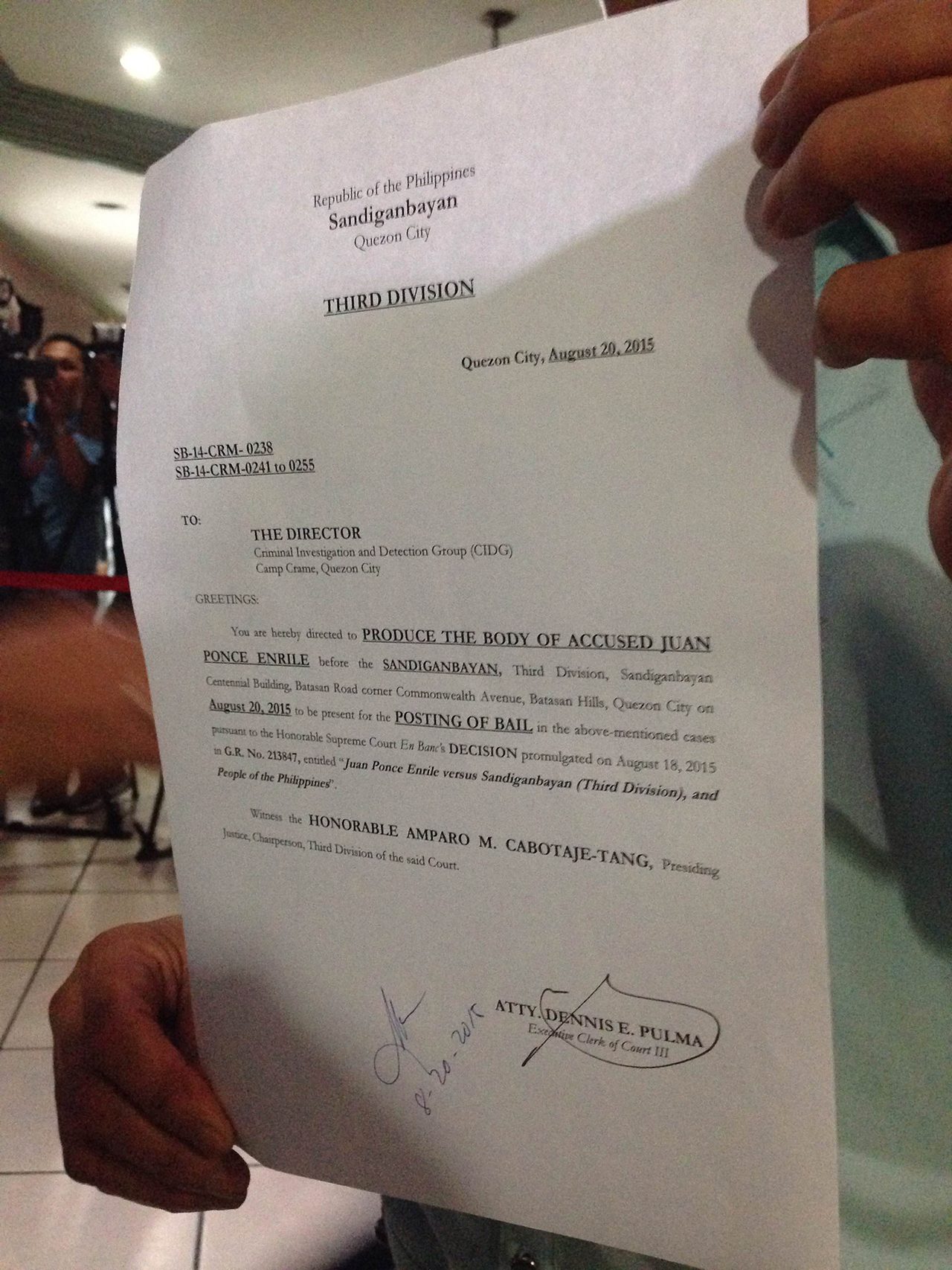 Enrile’s lawyers paid the bail money at around 5 pm, but the entire process of bail posting required the accused to fill up an information sheet and have himself fingerprinted – a process that he completed in 15 minutes.

“My faith in the probity and justness of our judiciary has been vindicated,” Enrile told reporters after posting bail.

“I will go back to work…I will serve no interest except the interest of the country,” he added. His allies earlier said they expect him to attend the Senate session on Monday.

Third Division clerk of court Dennis Pulma, who signed the release order, said Enrile can now travel anywhere in the country and stay anywhere he wants as long as he presents himself every time there is a hearing on his case.

Enrile will need a court order if he is travelling abroad.

Enrile, who had been detained at the Philippine National Police (PNP) General Hospital in Camp Crame, first had a brief medical check-up in the hospital before going to court. Police said he paid P59,400 ($130) for his hospital confinement for 152 days. 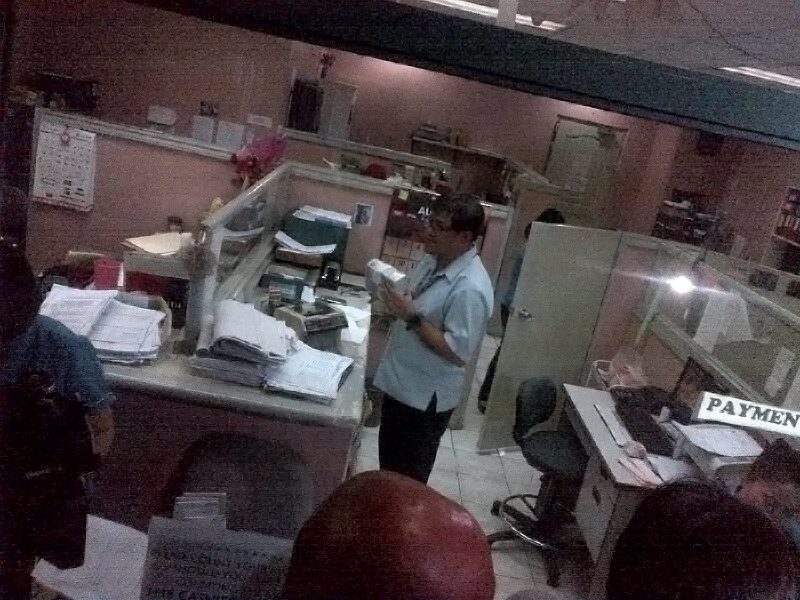 Internal rules of the High Court say that if there are dissenters to the majority opinion, the dissenting, separate, or concurring opinion “must be submitted within one week from the date the writer of the majority opinion presents the decision for the signature of the Members.” Two other senators – Jinggoy Estrada and Ramon Revilla Jr – are accused of the same crime.

The PDAF scam is the biggest corruption scandal in recent history involving opposition members as well as Aquino administration allies.

The justices who voted in favor of Enrile granted his request based on humanitarian grounds, Rappler has learned. (READ: Behind the SC decision on Enrile’s bail)

In his dissenting opinion, SC justice Marvic Leonen said the majority decision is a “special accommodation” for Enrile.

But Enrile’s lawyer, Eleazar Reyes, maintained that the senator has a constitutional right to bail despite being charged with plunder, a typically non-bailable offense.

“Everybody has a right to bail before conviction. That bail may be denied. The word is denied, not prohibited,” he said.

“It may be denied if it’s a capital punishment, and if the evidence of guilt is strong. But even if it is a capital offense, and before the prosecution presents evidence and it was shown that he is not a flight risk, he may be given bail. There has been jurisprudence on that,” he added. – with reports from Bea Cupin/Rappler.com