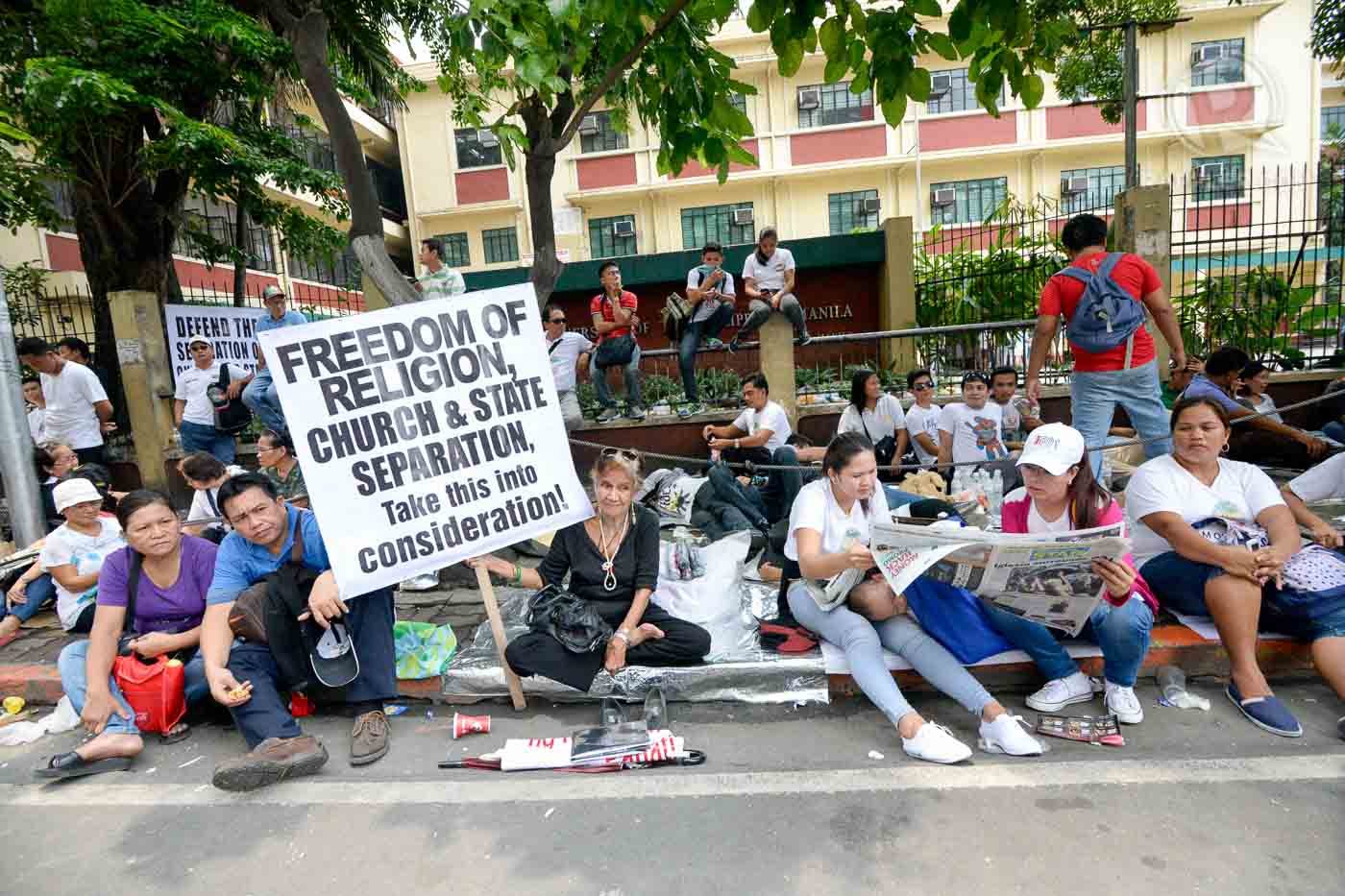 MANILA, Philippines – Members of the politically influential religious group Iglesia ni Cristo (INC) are prepared to camp out in front of the justice department until their demands are met.

INC members on Friday, August 28, were on their second day of vigil along Padre Faura Street in downtown Manila, an area where the Supreme Court and the Department of Justice (DOJ) are located.

Members interviewed by Rappler reiterated their call for the government to keep its hands off religious matters, referring to an illegal detention complaint before the DOJ against INC leaders.

Expelled INC minister Isaias Samson Jr, former editor-in-chief of their official publication Pasugo, earlier filed an illegal detention case against INC leaders before the DOJ. He alleged his family was barred from leaving their townhouse in Tandang Sora, Quezon City from July 16 until the early morning of July 23, lasting for about 7 days. The government has yet to announce if it has set hearings on the complaint, which was filed by Samson.

An INC minister, who refused to speak officially, said their vigil and government permit are “open-ended,” saying these can last as long as needed.

A group of ladies came all the way from Cavite, commuting as early as 3 am. Members said they are there to fight for their doctrine and faith.

INC souvenirs, such as caps, were also on sale.

A stage for a program that included song numbers was likewise in place.

A continuous stream of video showed elaborately designed structures of INC chapels worldwide, which prompted celebratory shouting from the crowd.

A member refused to call Friday’s action a street protest, as INC members are not allowed to join such actions.

As the INC vigil entered its second day, DOJ employees said the vigil does not impede their daily tasks inside the building. 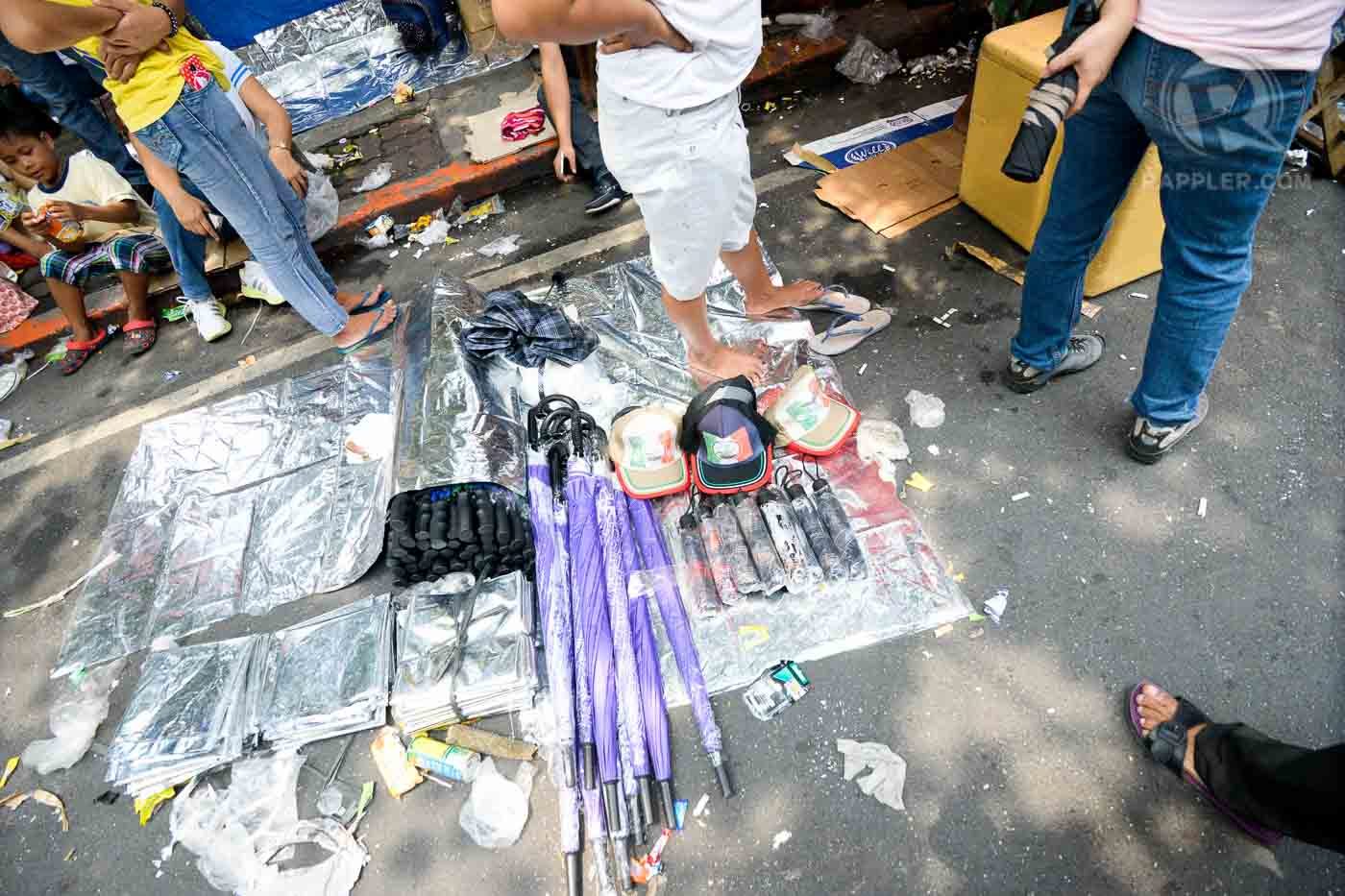 Police authorities said the crowd during Friday noon’s vigil was estimated to be at 3,000, with INC members on the ground reaching the surrounding roads of Taft Avenue and Maria Orosa Street.

Participants came and went at lunch time, making it hard to accurately estimate crowd numbers. The police continues to monitor the situation with deployed cops on the ground.

While members, especially those who attended the vigil, consider the matter of allegedly detained ministers an internal squabble, Samson was categorical in saying he was held against his will.

Serious illegal detention is punishable by reclusion perpetua or life imprisonment, and is non-bailable. – Rappler.com