Sep 11, 2015 7:00 PM PHT
Paterno Esmaquel II
Facebook Twitter Copy URL
Copied
In a strongly worded statement, the CBCP warns against refusing 'to hold accountable those to whom the administration so eagerly extends its mantle of protection' 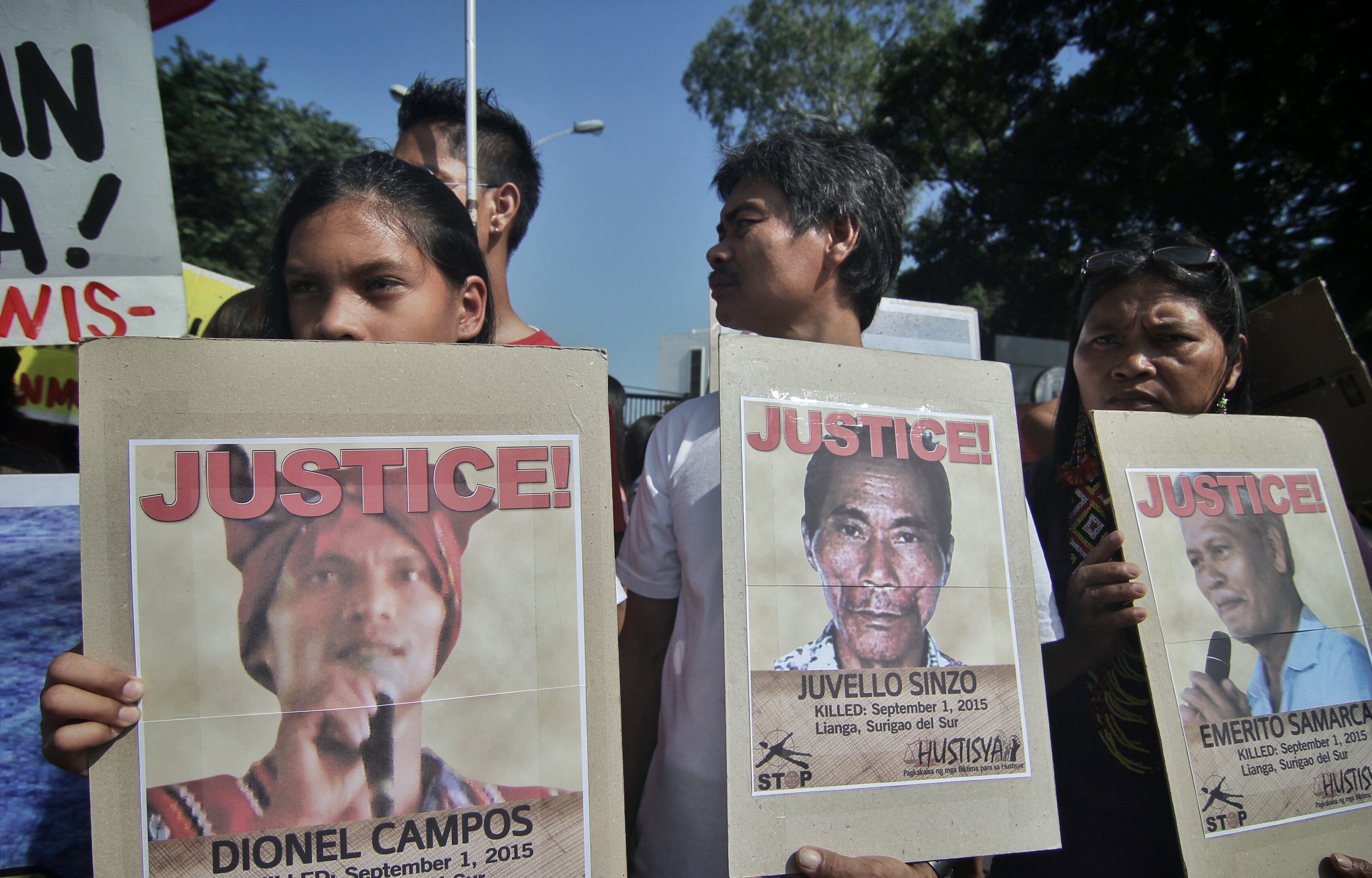 MANILA, Philippines – The Catholic Bishops’ Conference of the Philippines (CBCP) on Friday, September 11, dared the Aquino administration to investigate the killings of Lumad or indigenous people in Mindanao despite the alleged culprits’ links with the government.

“The CBCP asks the government for an honest, thorough, impartial, and speedy investigation so that the guilty may be held to account for their wrongdoing,” CBCP president Lingayen-Dagupan Archbishop Socrates Villegas said.

In his strongly worded statement, Villegas also warned against “refusing to hold accountable those to whom the administration so eagerly extends its mantle of protection.”

He explained that a militia group, the Magahat Bagani Force, has been named by the Association of Major Religious Superiors in the Philippines (AMRSP) as the suspect in the Lumad murders in Surigao del Sur, a province in Mindanao.

He said it is “troubling” that a militia group was named as suspect.

Militia groups, for one, “do not fall under a clear, established, and accessible chain of command.”

Villegas said: “Government makes use of such groups for counter-insurgency, counter-rebellion maneuvers. It is their association with government that can be pernicious, for while they act with the tacit consent, if not authority, of state agents, they cannot be held to account for their actions by the regular channels of accountability and attribution that exist in the regular armed forces and police.”

The CBCP is the latest group of religious leaders to condemn the Lumad murders.

The National Council of Churches in the Philippines, the Diocese of Tandag, and the AMRSP earlier condemned the spate of violence that has displaced up to 2,700 people.

This comes after a paramilitary group, on September 1, murdered a school director and two Lumad leaders in Surigao del Sur. Days before this, a reported clash with the military killed 5 alleged communist guerillas in Bukidnon, also in Mindanao.

Karapatan, a human rights group, described the suspects as members of the paramilitary group Magahat Bagani Force that is working with the 36th Infantry Battalion of the Philippine Army.

The Armed Forces of the Philippines (AFP), however, has denied any involvement in the death of Lumad leaders.

Still, Villegas pointed out that Catholic bishops “are disturbed profoundly by reports that national leaders have been quick to exonerate the militia group of wrongdoing.”

He described this as an “alarming eagerness to deny culpability.”

“Such declarations inspire credence only after a reliable and trustworthy investigation by impartial and competent persons shall have taken place.  If made before any such investigation, they disturbingly suggest a refusal to hold accountable those to whom the administration so eagerly extends its mantle of protection,” the archbishop said.

Villegas added that under international law, “state responsibility lies where persons acting in behalf of the State commit some actionable wrong, and the State hesitates about acting or, worse, refuses to act.”

“If militia groups cannot fit within a structure of clear authority and command by legitimate state authority, they should not be tolerated, much less employed as mercenaries by the State,” the CBCP president said.

In calling for justice for the Lumad leaders, Villegas also said indigenous peoples and cultural communities “are already disadvantaged in a number of ways.”

He said indigenous people can be considered “the poor of the Lord, who have no avenger and none to stand for their rights.”

The AMRSP, for its part, said the Lumad kilings in Mindanao “cry to the heaven for justice,” according to CBCP News.

In letter to President Benigno Aquino III, the AMRSP said: “Mr President, your ‘bosses’ in these areas are calling on you for protection. As Commander-in-Chief, can you not order that the Magahat-Bagani Force militia be officially disbanded and their firearms surrendered to the AFP?” – Rappler.com